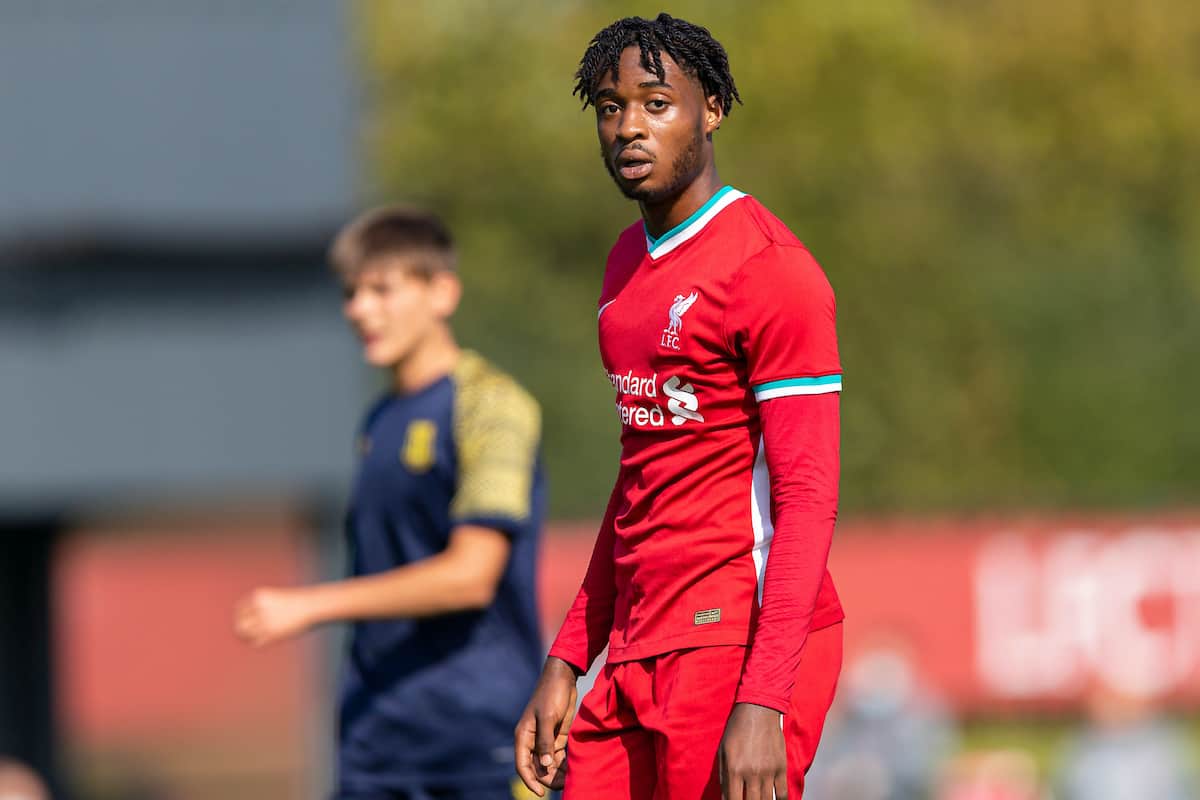 After back-to-back victories, the Liverpool under-18s suffered a close-fought 1-0 loss to Man United on Saturday, as James Balagizi made his long-awaited return from injury.

The young Reds had picked up valuable wins over Sunderland and Everton in their last two outings, and welcomed United to Kirkby looking to push ahead of their rivals in the title race.

Marc Bridge-Wilkinson made three changes to his side from the Merseyside derby, with Balagizi among those to come in as him, Jakub Ojrzynski and Ethan Ennis took the places of Sean Wilson, Fabian Mrozek and Max Woltman.

United began the game on top, however, with Ojrzynski – fresh from a stint with the first team – required to make a save to deny Joe Hugill, before the striker then skewed another effort wide.

The Pole could do nothing to keep out the impressive Charlie McNeill, however, with Ojrzynski parrying Noam Emeran’s cross into the United forward’s path for the only goal of the game.

Liverpool had few chances in the first half, with Mateusz Musialowski going closest to testing Radek Vitek, and they limped to the break 1-0 down. 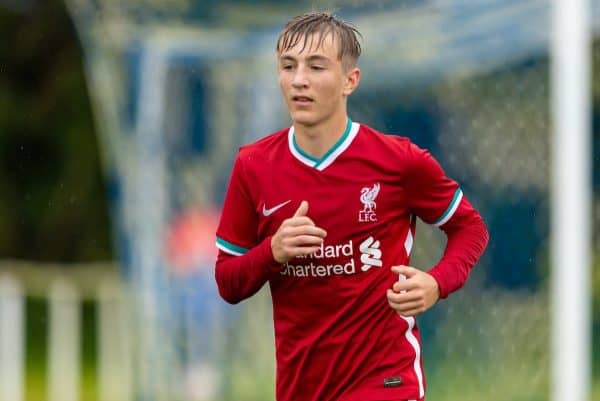 The second half began in a similar vein, with the introduction of Woltman in the 78th minute giving Bridge-Wilkinson’s side something of a boost, the 17-year-old almost fashioning a chance for himself soon after replacing Ennis.

Both Vitek and Ojrzynski were required in a short space of time, with the United ‘keeper thwarting Musialowski before his Liverpool counterpart did well to quell the threat of McNeill on the counter.

But overall, the young Reds were left disappointed with their performance at Kirkby, as United moved three points ahead of the league leaders despite having played two fewer games.

Bridge-Wilkinson can cling to a handful of positives, however, not least the return of Balagizi after almost three months out – and the 17-year-old can now hope for another start next weekend.