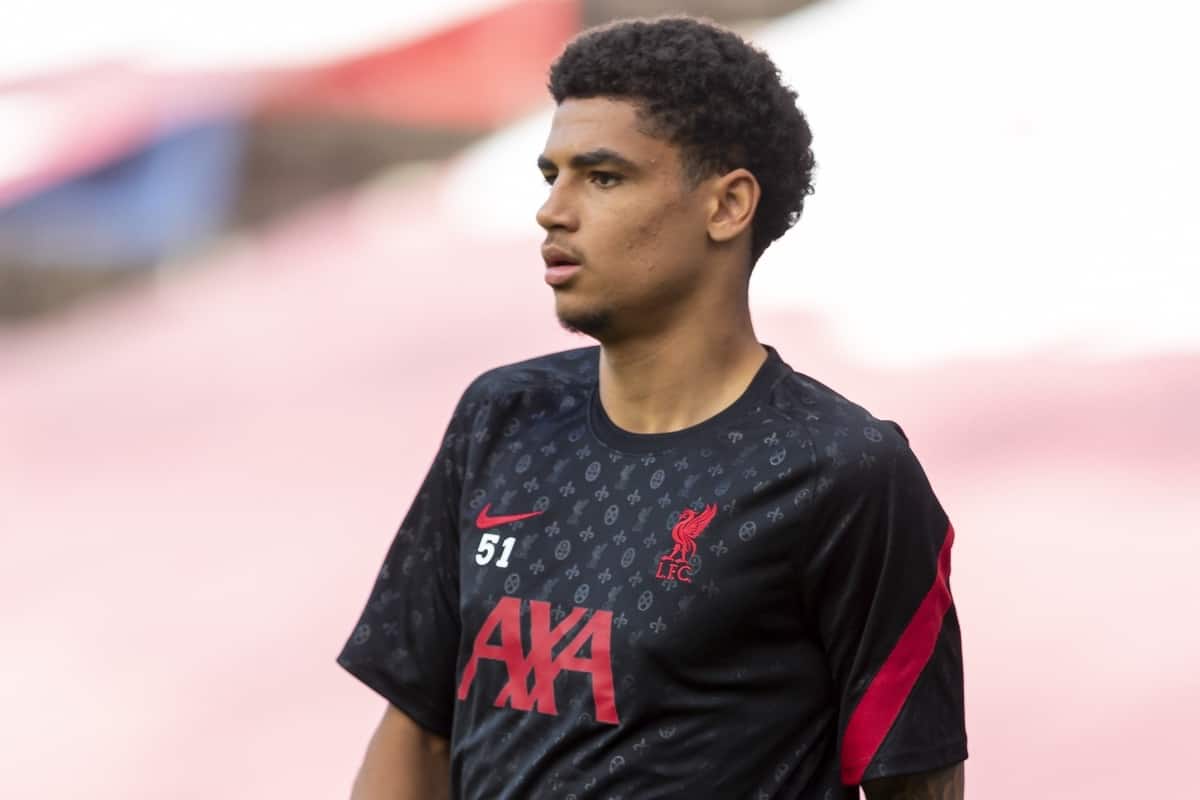 Ki-Jana Hoever believes leaving Liverpool for Wolves last summer was the “best thing for his career,” despite the likelihood of a regular role due to injuries this season.

With Virgil van Dijk, Joe Gomez, Joel Matip, Fabinho, Jordan Henderson and Trent Alexander-Arnold all sidelined for at least short spells, it could have been a breakout campaign for Hoever at Anfield.

But the Dutch defender was already departed, having joined Wolves in a £13.5 million deal which effectively served as a makeweight in Diogo Jota‘s switch to Liverpool.

Hoever has now made 12 appearances for Nuno Espirito Santo’s side, which is already eight more than he did in two years as part of the Reds’ first-team setup, while also making the bench a further 16 times.

While Nelson Semedo provides top-class competition for his preferred spot at right-back, the 19-year-old believes joining Wolves was the right decision.

“It wasn’t an easy choice, but it wasn’t that hard either,” Hoever told Goal‘s Neil Jones.

“I knew my playing time would be more than at Liverpool, that’s why I made the decision. I thought it was the best thing for my career in the moment.

“Now of course with the injuries, you don’t know, but I don’t think like that. I just thought like, if everyone was fit, how much game time would I have?

“Liverpool have such a great team still, maybe the best back four in the world, so it was really hard for me to break through there.

“And here the idea was good. I would be really involved in the squad, really a first-team player.

“It’s basically been what I expected, but I know I can still do better than this. It’s a good first season so far.”

Owing to his versatility – able to play centre-back and right-back – it seems likely that, had he stayed, Hoever would have been in Jurgen Klopp‘s thoughts during this season’s injury crisis.

But given the likes of Neco Williams, Kostas Tsimikas and Rhys Williams have rarely been trusted when other options are available, it is doubtful that he would have been a regular.

That presents his decision to leave for Wolves as a smart one, particularly if he is part of a long-term project under Nuno at Molineux, learning from Semedo.

Furthermore, that it helped pave the way for Jota’s switch to Liverpool upholds it as a mutually beneficial deal, with the No. 20 making more of an impact than Hoever would have this season, and likely beyond.

Hoever should be fondly regarded by fans, however, as he remains one of the youngest players to debut for the club, and there was no malice behind his lucrative decision to move away.