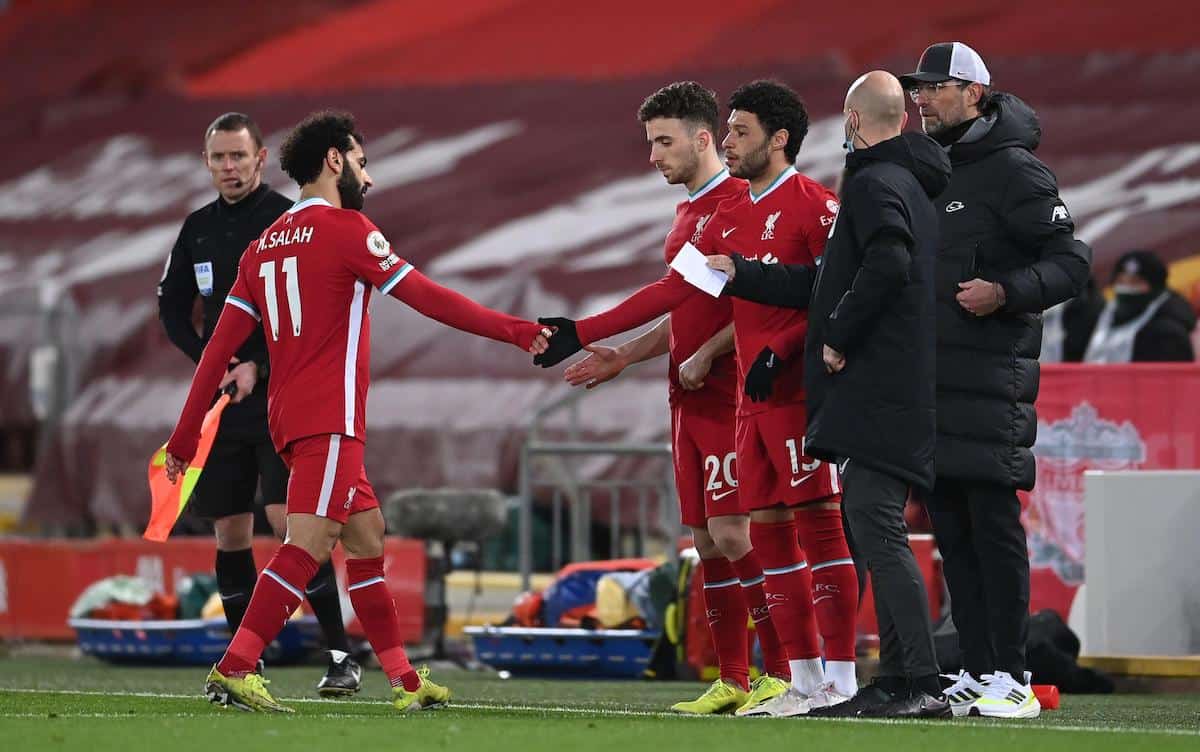 Liverpool sunk to a new Anfield low after succumbing to a 1-0 defeat to Chelsea in another top four setback, and fans were disappointed and full of questions.

It was a top-four showdown for the Reds as Chelsea made the journey to Anfield, with the hosts buoyed by the return of Fabinho and Diogo Jota to the squad.

A start full of intent was the agenda for Liverpool but few meaningful chances arose, with the final ball once again causing them to come unstuck.

At the other end of the field, Timo Werner thought he had put his side ahead only for VAR to intervene before Mason Mount made sure of the opener on the cusp of the break.

Liverpool continued to flirt with danger at the back while being devoid of ideas in attack as Klopp’s choice of substitutes were questioned as the Reds sunk to defeat.

Home record, lack of goals and a lot of disappointment…

Five straight home defeats for first time in Liverpool's history. And to make matters worse, they're now on course to post a worse defence of the title than David Moyes's Man Utd. Moyes's team had 45 points from 27 games — Liverpool have 43.

Remember your routine today folks coz there’s a good chance we’ll be playing at this time every Thursday, if we’re even good enough to get into the Europa League.

Injuries have clearly wrecked this team, but for a game of that magnitude, you expect much more fight than that. Just such a passive performance.

“Only Liverpool could set a record for the longest unbeaten run at home to longest loss run with the following 5 games, if you don’t laugh you’ll cry.”

Liverpool will not finish top four. Can't even muster a single shot on target at home in a must win game. Lost 5 in a row at Anfield which has never happened before. We don't deserve to get top four. 9 of these starters have started and won a Champions League final.

Liverpool with their first and only effort on target on 85 minutes.

Liverpool with five consecutive defeats at Anfield for the first time in their history.

One goal at home since December 27th. One shot on target tonight.

Need new glasses, just poked my own eyes out watching that.

Klopp’s choice of substitutes were met by bemusement…

Baffled Salah is one taken off, not Firmino

That's a strange, strange sub. To say the least.

“Honestly speechless after Klopp just took Salah off over Bobby or Sadio. Absolute shambles of a decision. Salah is defo gonna want out now.”

Love Klopp. Will always be a legend. And he will get us back on track. But he’s made some bizarre calls this season and hooking Salah today the strangest of the lot. He needs to be careful not to rely on favourites and stay objective. #LFC.

A lack of pressure with a high-line was noted, while Jota was a rare positive…

No control in midfield, ridiculously high line with no pressure on the ball and a front three that look like they’ve never played together before. All far too easy for Chelsea.

Can't play a high defensive line if you're not pressing the man in possession.

Jota's movement has been bright since coming on.

Fuming at the way we’ve set up here. Can’t get my head around the tactical naivety from the manager with this line.

Tuchels literally played Werner through the middle to capitalise and we are so high with two slow centre halves. Ridiculous

Only positive tonight was the return of Jota

And no surprises as VAR was a hot-topic, both for and against the Reds…

I know Liverpool have benefited from that, but I’m going to be consistent, that’s a total fucking joke. Pre-VAR if we conceded that goal NOBODY would have complained about an offside, they are fixing a problem that didn’t exist.

VAR is such a joke. Pleased it's gone in our favour at long, long last, but it's woeful.

Nobody really wants to see those given as offside do they? Huge let-off for #LFC and not one they really deserved. Not convinced by this midfield trio at all – even when they're playing well individually they never look capable of controlling games.

“That is NOT offside. Games a joke. If that was given against us we’d be livid.”

– kusanagi on This Is Anfield.

If that’s not a handball I don’t know what is anymore.

Live from the VAR studio: pic.twitter.com/cjwPuvIjjj

This business of a player's arm being offside is insane (Werner at Anfield). How does your arm sticking out in a natural position give you an unfair advantage over a defender?