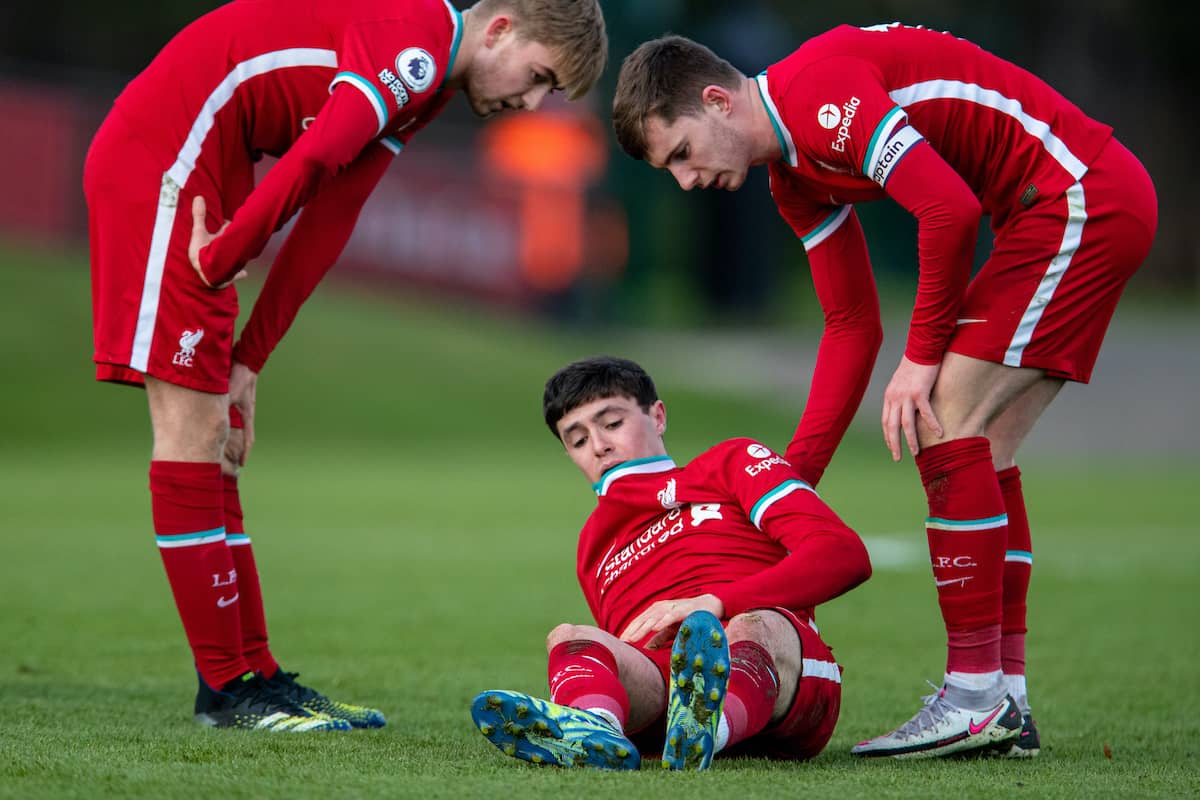 A serious injury to Layton Stewart clouded the Liverpool under-23s’ clash with West Ham on Saturday, with the 18-year-old striker forced to be stretchered off at Kirkby.

Having made the step up from the under-18s on a permanent basis earlier in the season, Stewart had been making big steps in recent weeks as he settles into his new side.

Goals came in successive appearances against Chelsea and Arsenal, with the teenager leading the line with tenacity and the predatorial instinct that made him so devastating at U18s level.

But 70 minutes into Saturday’s meeting with West Ham in the league, and Stewart was down clutching his knee following a collision with a Hammers defender, consoled by team-mates Jake Cain and Ben Woodburn.

He was administered oxygen and stretchered off the pitch, amid fears he could now miss the remainder of the campaign, with seven games left to play.

By the time Stewart was forced off, the score was at 1-1, with Conor Bradley cancelling out a Kai Corbett opener that benefited from a harsh deflection off Morgan Boyes, looping over Jakub Ojrzynski and in.

Woodburn had tested Joseph Anang earlier in the game, while Stewart’s replacement, Joe Hardy, was involved in the buildup as left-back Owen Beck had potentially the best chance to seal victory for the young Reds late on, but the afternoon ended with a stalemate.

The result leaves Liverpool sitting eighth in the league, a point behind seventh-placed Everton and three behind sixth-placed Derby with a game in hand, but 13 points off leaders Man City.

Their final finish is not of paramount importance to Barry Lewtas, or the likes of academy director Alex Inglethorpe and assistant sporting director Julian Ward who were both watching on.

But the loss of Stewart is a blow in terms of the development of one of the youngsters held in the highest regard at Kirkby.