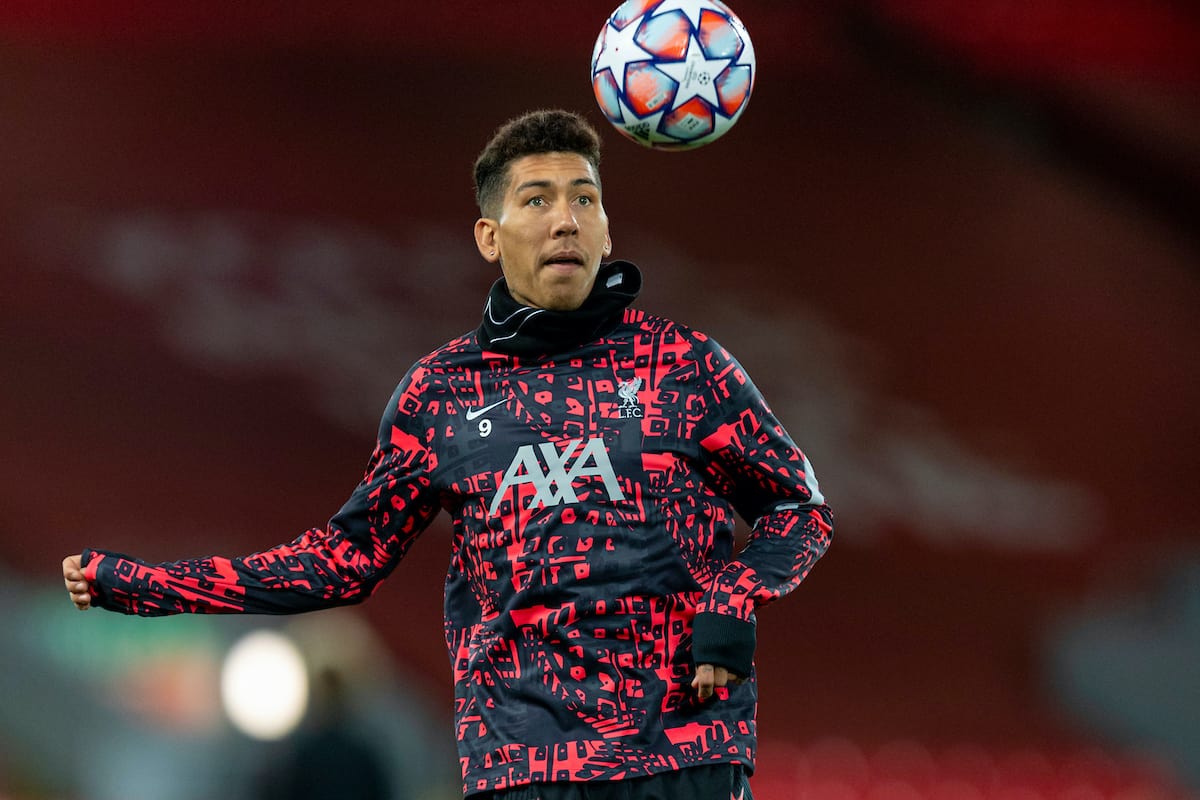 Roberto Firmino has returned to training at Kirkby as Jurgen Klopp starts to put his players through their paces ahead of the trip to Arsenal on Saturday.

The Reds have been without the Brazilian for the last three games due to a knee injury, a rare period of absence as the No. 9 had not been ruled out in the two years previous.

Firmino missed the defeat to Fulham and subsequent victories over Leipzig and Wolves, where the return of Diogo Jota was key in negating the latest injury setback for the Reds.

Jurgen Klopp had hoped he would return to the squad at Wolves, but the international break in addition to an FA Cup weekend Liverpool were not part of has provided added time to recover.

And he was back on the training pitches at Kirkby on Monday as Liverpool kickstart their preparations for the trip to the Emirates on Saturday evening.

He was joined by the likes of Alisson, Fabinho, Naby Keita, Alex Oxlade-Chamberlain, Trent Alexander-Arnold, James Milner, Nat Phillips, Adrian, Ben Davies and Rhys Williams as the core of the senior group.

A total of 11 Reds still remain away on international duty, with Keita an exception having returned after one game in agreeance between Liverpool and Guinea.

The manager has used the time between Liverpool’s last fixture and now to also run the rule over a number of exciting academy prospects, who took part in an intra-club friendly last week.

And Jakub Ojrzynski, Harvey Davies, Billy Koumetio, Ben Woodburn, Jake Cain, Leighton Clarkson, Mateusz Musialowski and Owen Beck were the ones to remain as part of the session on Monday.

Liverpool head to Arsenal five points behind Chelsea in fourth spot with nine games remaining in the campaign, a must-win if Klopp is to see his side place pressure for a Champions League qualification spot.