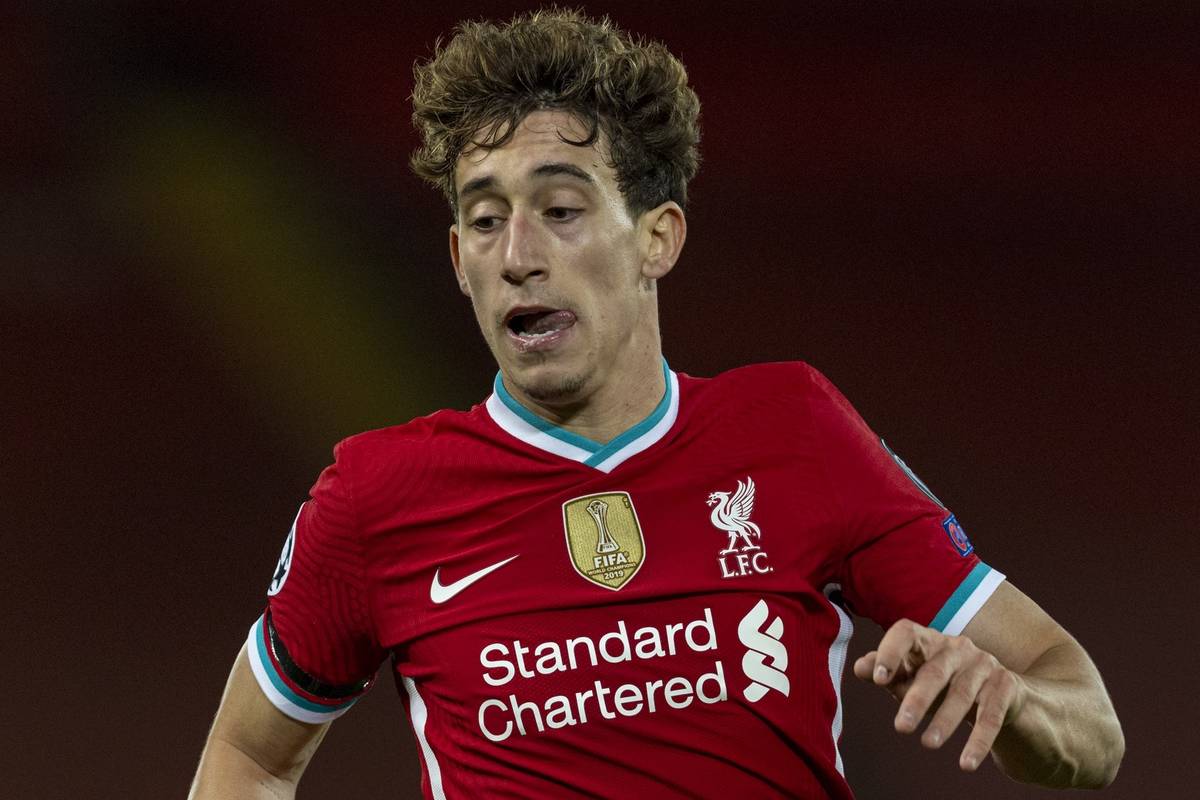 Kostas Tsimikas has played just six times for Liverpool since his arrival seven months ago, but Xherdan Shaqiri still believes he will be a “very important player.”

There are a number of mitigating factors, and the insistence will be that he is a long-term project, but the fact remains that as his first season with the Reds comes to a close, Tsimikas is yet to make an impact.

Charles Itandje, Danny Guthrie, Zak Whitbread, Danny Wilson, Oussama Assaidi and Nathan Eccleston are among those to have played more times for the club than the Greek so far.

But now injury free and part of the matchday squad for 12 out of the last 14 games in all competitions, Tsimikas is applying himself well in training, ready for his opportunity.

That is according to his close friend, Shaqiri, who spoke to LiverpoolFC.com about the 24-year-old’s start to life at the club and how his efforts off the pitch are “going to pay off” in the near future.

“Obviously he didn’t have a lot of games this season but we see his qualities every day in training and how hard he works every day in the gym, after training too,” the Swiss said.

“I think this is going to pay off soon.

“I hope he gets his rhythm as soon as possible and he can get some minutes because he’s a very good player and he can be much, much better if he can improve himself also. That’s why he came here.

“I’m looking forward that he’s going to be a very, very important player for the club.”

This testimony contrasts with claims from The Athletic that Tsimikas has not shown Jurgen Klopp “sufficient evidence in training that he has adapted to the team’s style of play.”

But it is a difficult situation to read, as though Shaqiri works with Tsimikas day in, day out, Liverpool are never likely to broadcast a player’s concerns over a team-mate’s performances.

Shaqiri describes him as a “happy guy, always laughing every day,” and that “this is also very important,” which at the least suggests Tsimikas is settling well despite the difficult circumstances of joining in lockdown.

Whether he will be given a chance to translate his efforts at Kirkby to the pitch at Anfield before the end of the season is unlikely, though, with Andy Robertson expected to start every remaining fixture if possible.

It can even be argued that James Milner would be ahead of the No. 21 at this stage, and the “payoff” Shaqiri is alluding to may need to wait until next season for Tsimikas.

The support of a player of the experience of Shaqiri could be invaluable, though, and fingers remain crossed that Tsimikas can eventually adapt and challenge Robertson for his starting spot, as was hoped back in August.