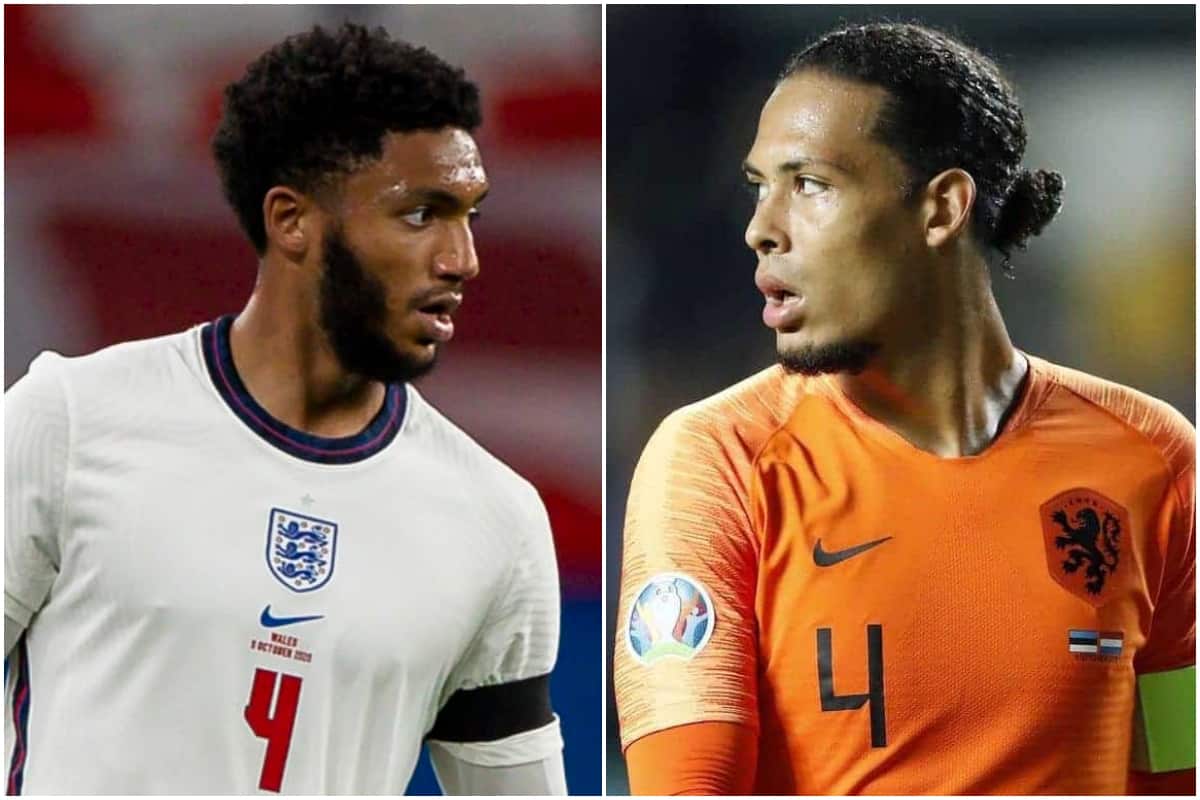 Jurgen Klopp has all but ruled out Virgil van Dijk and Joe Gomez from featuring in the summer’s European Championship, with their respective knee injuries meaning it is to be “unlikely.”

The Dutchman rupturing his ACL in mid-October was the first domino to fall for Liverpool in a crippling run of injuries, with Joe Gomez and Joel Matip then both picking up serious, long-term setbacks.

And although the Reds have been resistant in putting a timeline on Van Dijk or Gomez’s return, a late appearance at the conclusion of the campaign has long been considered the best-case scenario for the former.

Liverpool’s No. 4 has been pictured running and kicking a ball as part of his recovery in Dubai and Kirkby and come May it will have been seven months from the point of injury.

But while Netherlands boss Frank de Boer is optimistic of being able to call upon his captain in the summer for a June 11 start, Klopp has stated the “extent of the injury” lends itself only to a return for pre-season.

The same goes for Gomez after he ruptured his patella tendon, with a place in the England side not set to be on the cards for fitness alone, not Liverpool’s desire to hold them back.

“It’s not my decision but, to be honest, the information I have at the moment, it will be unlikely,” Klopp said of the duo’s Euro 2020 chances.

“So it’s not that I don’t let them go, because I don’t want to have to do that anyway, but it’s because of the extent of the injury.

“We all hope that they will be ready to start the pre-season with us, that’s what we hope.

“And with Joel it is pretty much the same, he just hasn’t qualified for the Euros.

“These are really serious injuries and it’s not about now we talk about which competition they can play.

“As far as I know, and I’m always open for a positive surprise and all of a sudden they show up in training, nobody told me that.

“The two of them look in the moment better than Joel looks because he’s still in what looks like ski boots.

“Joe is not running, Virgil is already running but this is a tough one.

“We will be completely over the moon when they are ready to train with us for the start of pre-season, but the Euros I didn’t think about it.

“When do they have to be back so you are able to play the Euros? The week before, the day they start?

“I don’t know, but I understand maybe the need of that but we cannot and will not make these decisions. It is just about when they are fit.”

Klopp is rightly reserved in his assessment of potential comeback dates as to not raise any hope, and while missing out on the Euros is in Liverpool’s best interests it will be interesting to see if “a positive surprise” does pop up in time for the summer.