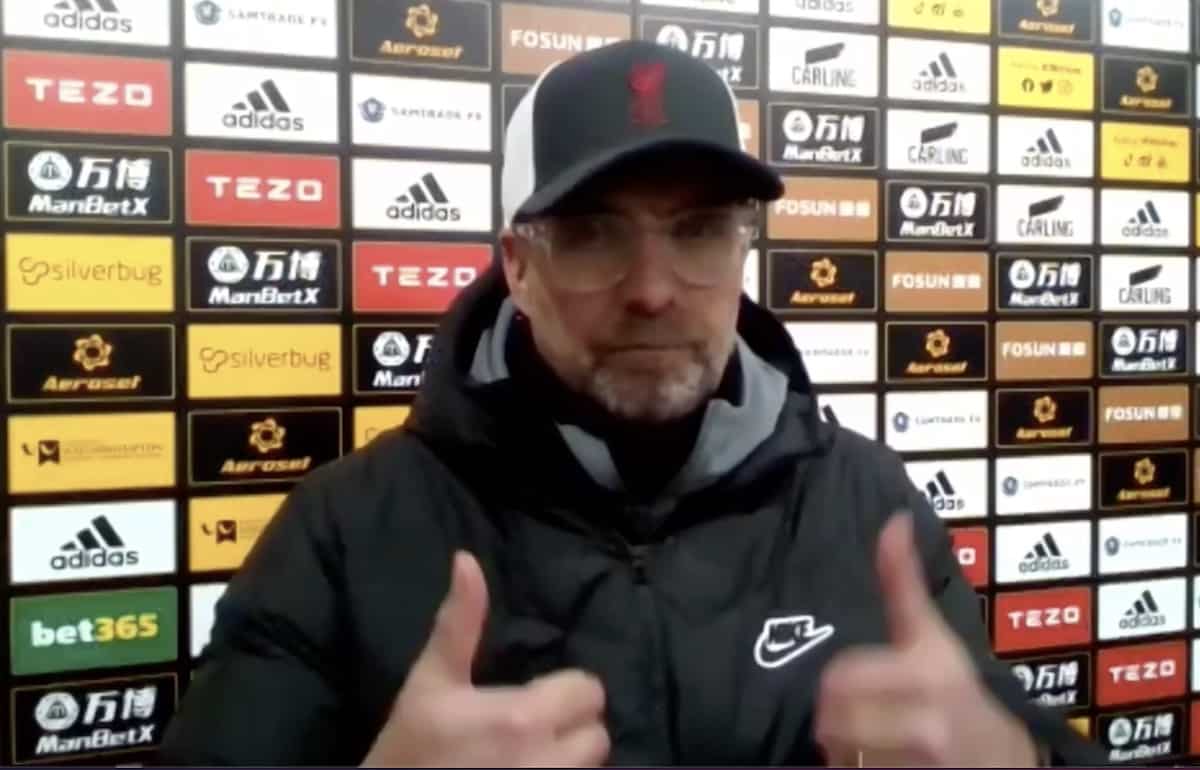 Jurgen Klopp ‘couldn’t be happier’ with Liverpool‘s “dirty three points” collected at Wolves, with the result ending the Reds’ action in March on a high note.

Liverpool have found themselves at home on the road in recent weeks and it was again the case at the Molineux thanks to a Diogo Jota strike at his old hunting ground.

The performance was not one which will go down in the history books but it was one which showed a character trait that has long been missing from Klopp’s side: the ability to win ugly.

After grinding out the victory, Klopp and his players were rightly in high spirits as they added three points to the board and made it two wins on the bounce. A timely pick-me-up ahead of a three-week break.

“The rest of the game [after Jota’s goal] was a lot of defending and I’m completely fine with that because that’s exactly what we wanted to do.

“It must be possible on nights when we are absolutely not at our best. Robbo called the game an ugly three points and I called it a dirty three points.

“And I could not be more happy about it.”

There were, of course, words for Rui Patricio and the match-winner after his first goal since November following a lengthy spell out with injury, with Klopp praising Jota’s instant influence.

“Diogo is just a class football player,” he continued. “We cannot take him for granted. He was out for three months, came back and immediately has an impact again.

With FA Cup action not on the agenda and international duty on the horizon, Liverpool will only return on April 4 at Arsenal in three weeks’ time.