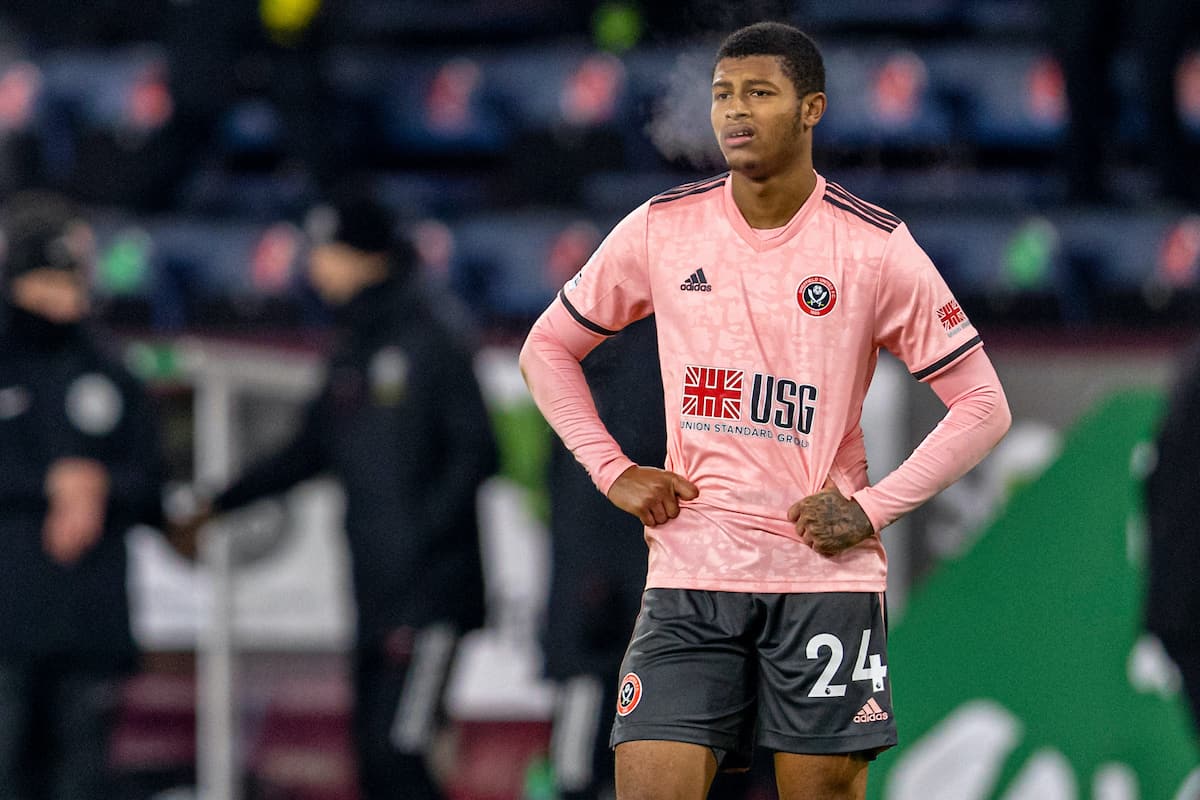 Chris Wilder has hinted that Rhian Brewster was not his first choice, and that his goalless club-record signing may only “find his feet” after Sheffield United’s relegation.

Brewster is the most-expensive signing in the Blades’ history, having swapped Liverpool for Sheffield in October in a deal worth up to £23.5 million.

Only five players have moved to Bramall Lane for fees upwards of £10 million, and of those only Lys Mousset has played fewer minutes than Brewster this season – that being largely due to injury.

In 894 minutes for Sheffield United so far, the 20-year-old is yet to find the back of the net, and he has clocked just four minutes in the last five Premier League games, going unused in four of those.

The latest came in Sunday’s 2-0 loss to former club Liverpool, with Brewster cutting a disinterested figure in the stands as Wilder opted to bring captain Billy Sharp and summer signing Oliver Burke on instead.

Speaking after the game, Wilder admitted it was a “tough gig for Rhian” and suggested he was not his first-choice target as he looked for transformative signings in the summer.

“I know there’ll be a little bit of criticism out there about it, but I still think that’ll come good,” he said of the Brewster deal.

“[He’s an] England under-21 striker and maybe he has to find his form and his feet in another division.

“It was always going to be an introductory season for him, and if people think ‘why did you spend that money?’, I’ll possibly say well, maybe availability and maybe wages might come into play on that one.

“But Rhian’s going to be a player, we’ve got good young players at this football club.

“[If] we keep everybody in, maybe add, maybe do a couple of things off the pitch that we need to do to help these players, then I’m sure that we will see this season as a disappointment but we can learn from it and bounce back.”

Wilder has now accepted that relegation is certain for his side, who are bottom of the Premier League with 11 points from 26 games, and is now effectively preparing for a return to the Championship.

Unlike many sides who drop out of the top flight, there is unlikely to be a major exodus in terms of personnel for the Blades, but a revamp could still be required, which may suit Brewster.

Brewster scored 11 goals in 22 games on loan for Swansea in the Championship last season, which prompted interest from clubs such as Sheffield United, and given his age it could be a better environment for the young striker.

It is strange that the club would sanction a record buy for a player expected to endure an “introductory season,” but as Wilder alludes, Brewster’s relatively low wage demands and the lack of availability of priority targets seems to have forced the deal.

However, his words are unlikely to give the No. 24 confidence in a campaign that has likely sapped him of it, and there may be few opportunities for the ex-Red between now and the end of the season.