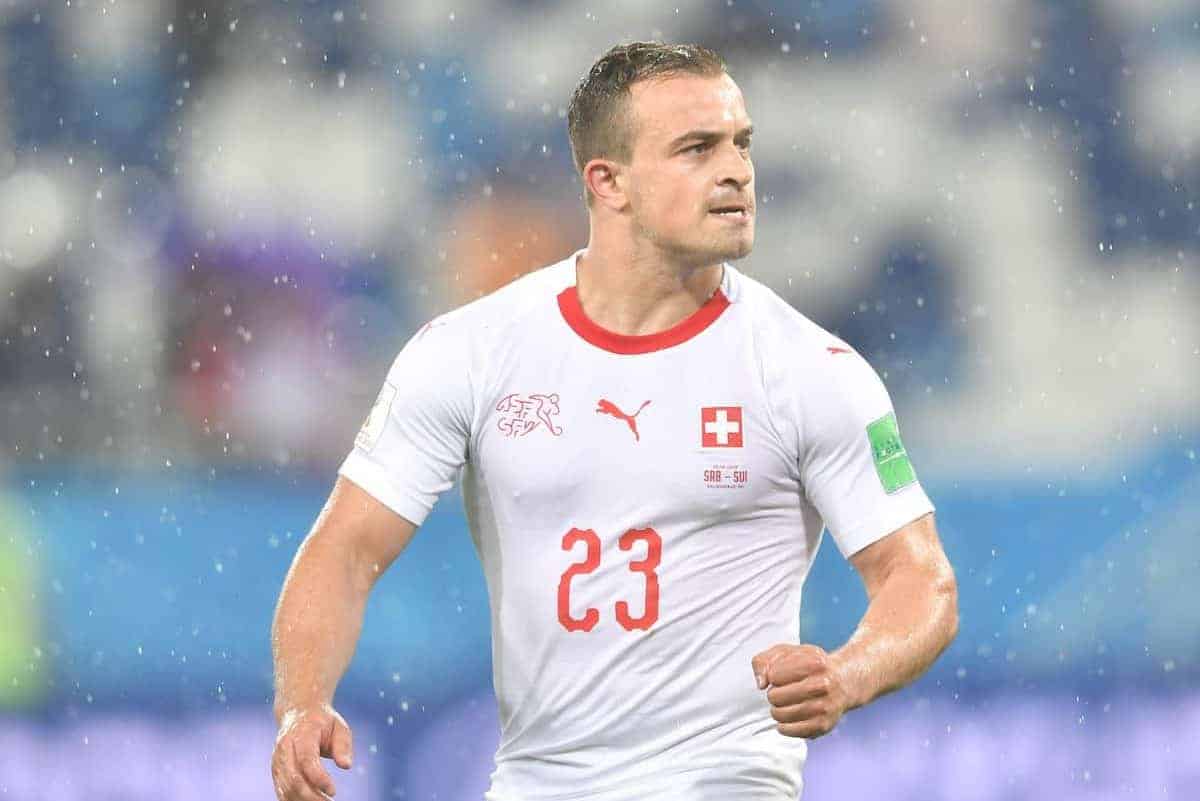 Xherdan Shaqiri‘s goal contribution exploits continued for his country as he got Switzerland off to another perfect start in their latest World Cup qualifying win.

The 29-year-old remains a crucial part of Switzerland’s squad as they look to seal their place in the 2022 World Cup, having started his second game in three days.

Shaqiri had notched two assists in just three minutes last time out at Bulgaria and it was a similar swift impact on Sunday as his side played host to Lithuania.

Retaining his place as a No. 10, Shaqiri once again proved key and influential throughout but it was his goal in the second minute which would secure all three points.

The only goal of the game came as Switzerland pressed high and forced Lithuania into relinquishing possession in their defensive third, with Shaqiri fed the ball in the box before unleashing a clinical first-time strike.

The score would remain 1-0 come the end of the 90 minutes, where Shaqiri played 80 and made the joint-most key passes (3) and tackles (3) for his side in their second qualifying win.

It was a trip to Israel for Andy Robertson‘s Scotland, meanwhile, their fourth meeting in seven months — differentiated by 5000 fans in attendance thanks to their vaccine success.

The Scottish captain was once again deployed at left wing-back with Kieran Tierney sitting behind in what proved to be another frustrating evening which ended in a 1-1 draw.

Israel struck first on the cusp of half-time before Ryan Fraser hit back for Scotland following the interval, and unfortunately for Liverpool, it was another 90 minutes for Robertson.

Elsewhere, Thiago featured for the final 35 minutes in Spain’s 2-1 win over Georgia, where Luis Enrique’s side secured their comeback at the death after the hosts opened the scoring.

And Aidy Boothroyd continued to baffle with his team selection as the England under-21s succumbed to their second successive defeat in the group stages of the U21 Euros.

Curtis Jones was named on the bench once again alongside Crystal Palace‘s Eberechi Eze, and arrived on the pitch when the Young Lions were a goal down and minutes before a harsh penalty saw Portugal emerge as 2-0 victors.

Qualification for the summer knockout stages now appears out of their reach after failing to have a single shot on target.

Finally, Kostas Tsimikas was an unused substitute for Greece’s friendly 2-1 friendly win over Honduras, which followed on from reports that the left-back had suffered a knock in the previous game.