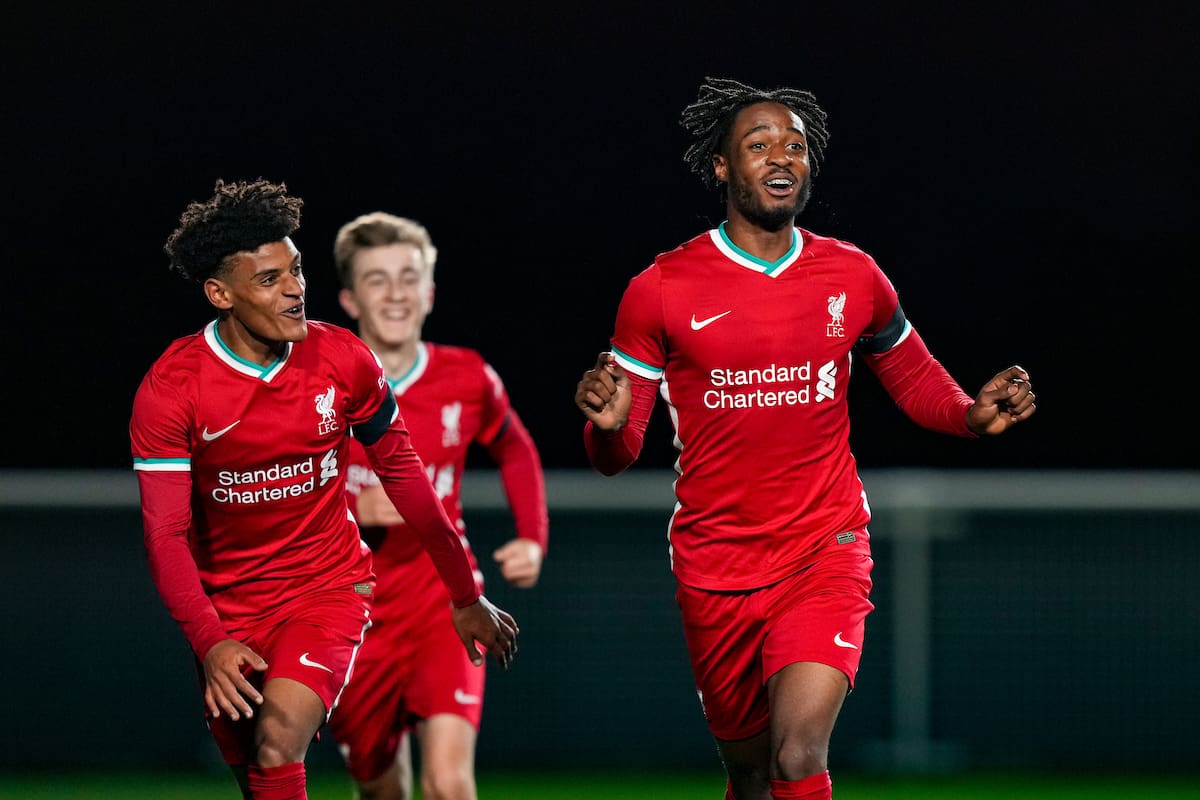 A James Balagizi hat-trick helped send a dominant Liverpool to the quarter-finals of the FA Youth Cup, sinking Leciester with a comprehensive 5-1 victory.

Marc Bridge-Wilkinson’s side have not been shy in front of goal in recent weeks and their ruthlessness continued in a one-sided contest against the Foxes.

The experienced face and under-23s regular Tyler Morton was one of four changes from the side who dismantled Leeds 6-1 the previous week, with Conor Bradley, James Norris and Max Woltman also coming into the team.

With ex-Liverpool boss Brendan Rodgers in the stands, the young Reds put on a show and within six minutes they had a valuable lead thanks to a driving run and powerful finish from Balagizi.

Leicester were not without their chances, but Harvey Davies continued to impress and keep the hosts at bay with a number of timely saves, including a one-on-one not long after the opener.

Morton would then have his chance to extend the lead but half-time arrived to see the young Reds take a narrow lead into the break. 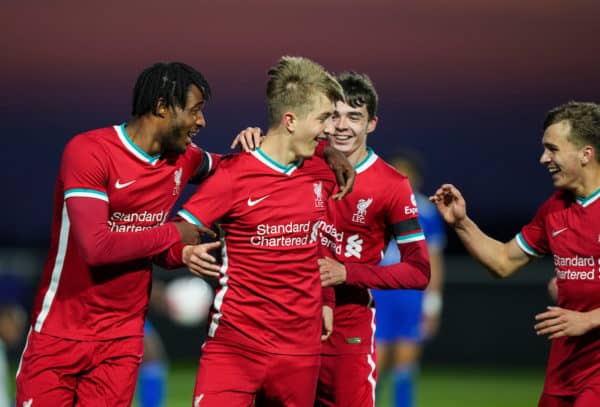 The game would then split wide open less than 20 minutes after the interval as Mateusz Musialowski‘s breakaway saw him lay on the ball to Woltman who made no mistake to make it 2-0.

Merely three minutes later, the 17-year-old had his second after latching onto Jarrell Quansah’s high ball and jinking away from a defender to fire home his ninth goal of the season.

A penalty would then deny Davies a well deserved clean sheet after Quansah was deemed to have handled the ball, but the Reds would flex their muscles by striking back with two more goals.

They both came from the feet of Balagizi inside two minutes at the death, the first was with another powerful direct run and the second a show composure to round the ‘keeper.

The hat-trick for the 17-year-old was the icing on the cake of a dominant outing that sealed the Reds’ place in the FA Youth Cup quarter-finals and saw their goal tally hit 25 from their last six games.