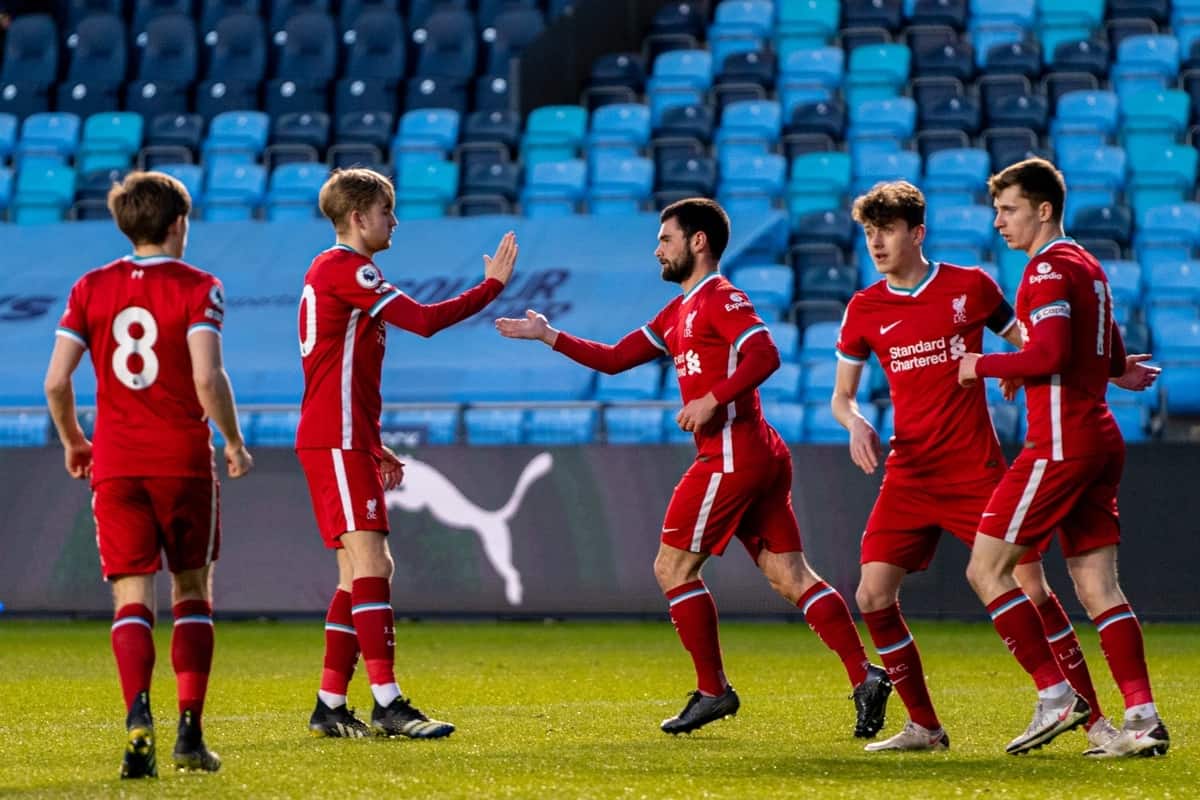 Joe Hardy brought his goal tally to five in his last three games as the Liverpool under-23s took on Man City, but a late, late strike left the young Reds heartbroken.

It has been a difficult season for Hardy, but the 22-year-old is enjoying a timely resurgence ahead of what is likely to be a decisive summer transfer window.

The striker made his third consecutive start as the U23s visited top-of-the-table City for a Friday night clash, as Barry Lewtas switched to a three-man defence with Conor Bradley and the in-form Owen Beck on either flank.

Bradley was one of four changes, with Jakub Ojrzynski, Jake Cain and Tyler Morton also coming in, the latter instrumental in teeing up the opener for Hardy.

A one-two with the ex-Brentford man saw Morton prod the ball through for Hardy to fire home, with his predatory finishing an invaluable asset for Liverpool in their late bid to finish runners-up.

The presence of Liam Delap caused the young Reds problems throughout, and before half-time City had turned the score on its head, with goals from Alexander Robertson and Cole Palmer making it 2-1.

Liverpool came out from the break fired up, and excellent work from Ben Woodburn pressed Claudio Gomes into a mistake, leaving it to the captain to square across to Hardy, who steeled himself for another effort beyond Cieran Slicker. 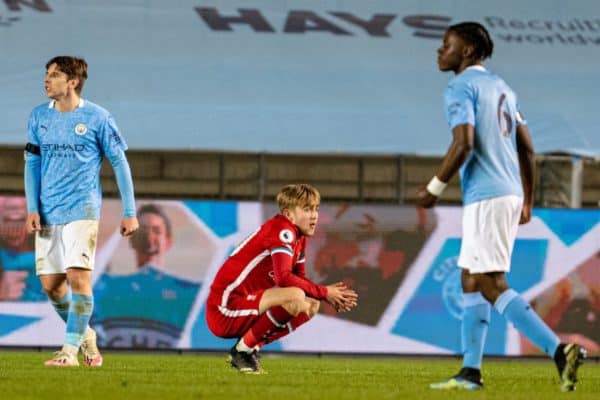 Ojrzynski came to the fore with the scores at 2-2, with the young Pole making a number of strong saves to deny the likes of Palmer and Tommy Doyle, but unfortunately he was unable to hold on as Felix Nmecha sealed a late winner for City.

Though the result is disappointing, it was another productive evening for Lewtas’ side, with young first-team hopefuls Ojrzynski, Bradley, Beck and Morton enhancing their reputations in particular.

For Hardy, it could serve as another shop-window display for the onlooking scouts, with the goalscorer likely to be weighing up a move away from Merseyside in search of senior football next season.