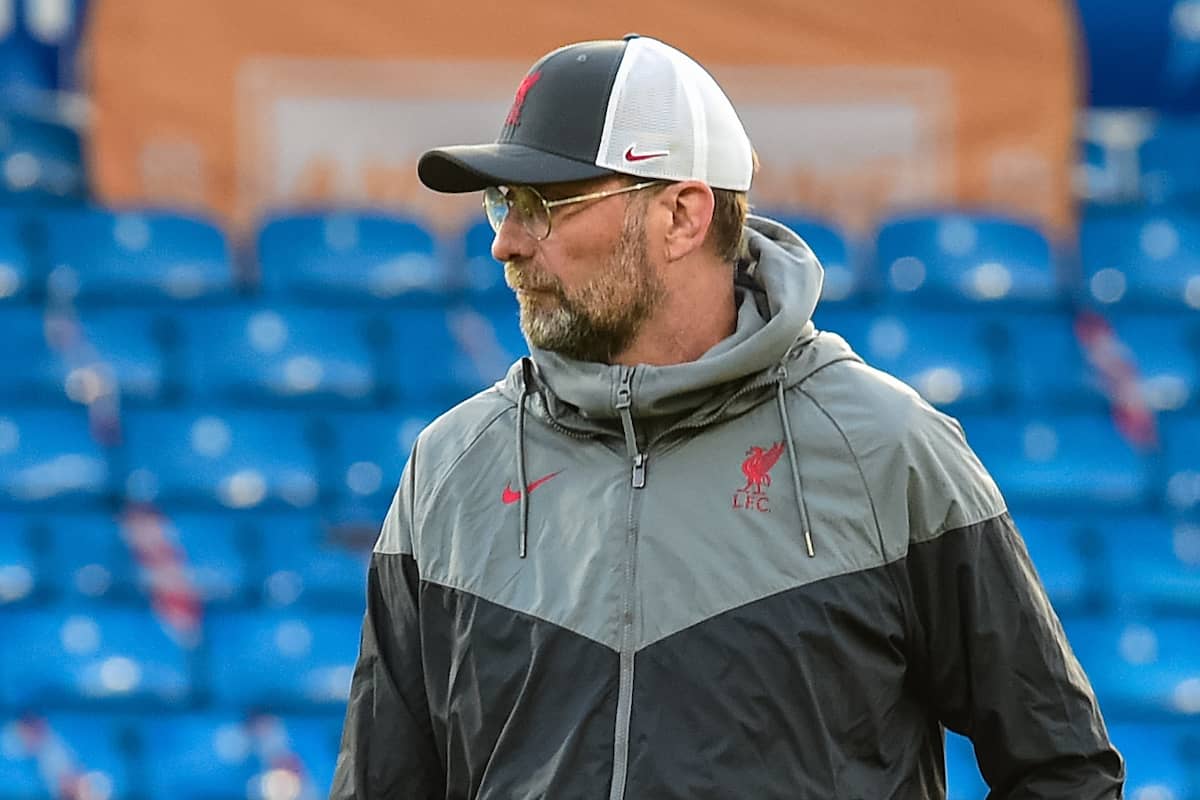 Jurgen Klopp has made an impassioned plea for football fans not to direct their anger over the Super League proposals at his team.

Liverpool boss Klopp said after his side’s 1-1 draw at Leeds that neither he nor his players had anything to do with club owners’ decision to become part of a European breakaway league.

“I have six years at the club. I know our owners, they are reasonable people, serious people,” said Klopp, who saw Sadio Mane’s first-half opener at Elland Road cancelled out by Diego Llorente’s late header.

“They care about us, but they never have to explain this type of decision like or ask permission or whatever.

“I speak a lot to them, but was not involved in the process, not at all.

“I got information yesterday. Nobody knows what will happen. I don’t know anything about that.

“The Leeds supporters came here today, before the game they were shouting at us in the city this afternoon.

“We have nothing to do with this. We are employees of the club and I feel responsible for a lot of things at this club.

“When I am involved in things and I take the criticism easily, but my boys – I don’t think they have to take it as well.

“We are not involved in this. So it’s a tough one at the moment.”

Liverpool were denied a place back in the top four by Spain defender Llorente’s first goal for Leeds.

The defender powered home Jack Harrison’s 87th-minute corner for a deserved equaliser after Liverpool had led at the break through Mane’s first league goal since January.

Marcelo Bielsa felt Leeds merited a point, but his post-match press conference was also dominated by questions over the Super League.

Leeds owner Andrea Radrizzani had revealed his dismay at the proposals on social media earlier in the day and Bielsa applauded the Italian’s stance.

“The president of the club puts his foot forward to limit the power of these big clubs,” Bielsa said.

“This is something to celebrate. The clubs need each other, but because football has a more commercial view, it’s natural in the world of businesses, looking only at the economic aspect, the ones that produce the most, demand the majority of it.

“Football belongs to everybody, even if there are owners. The real owners of football are those who love the badge and without them football will disappear.”

Bielsa said European football’s governing bodies should have seen this coming from the so-called big clubs.

He added: “The organisations could have anticipated this and avoided it. I insist this should not surprise us because it happens in all walks of life.”