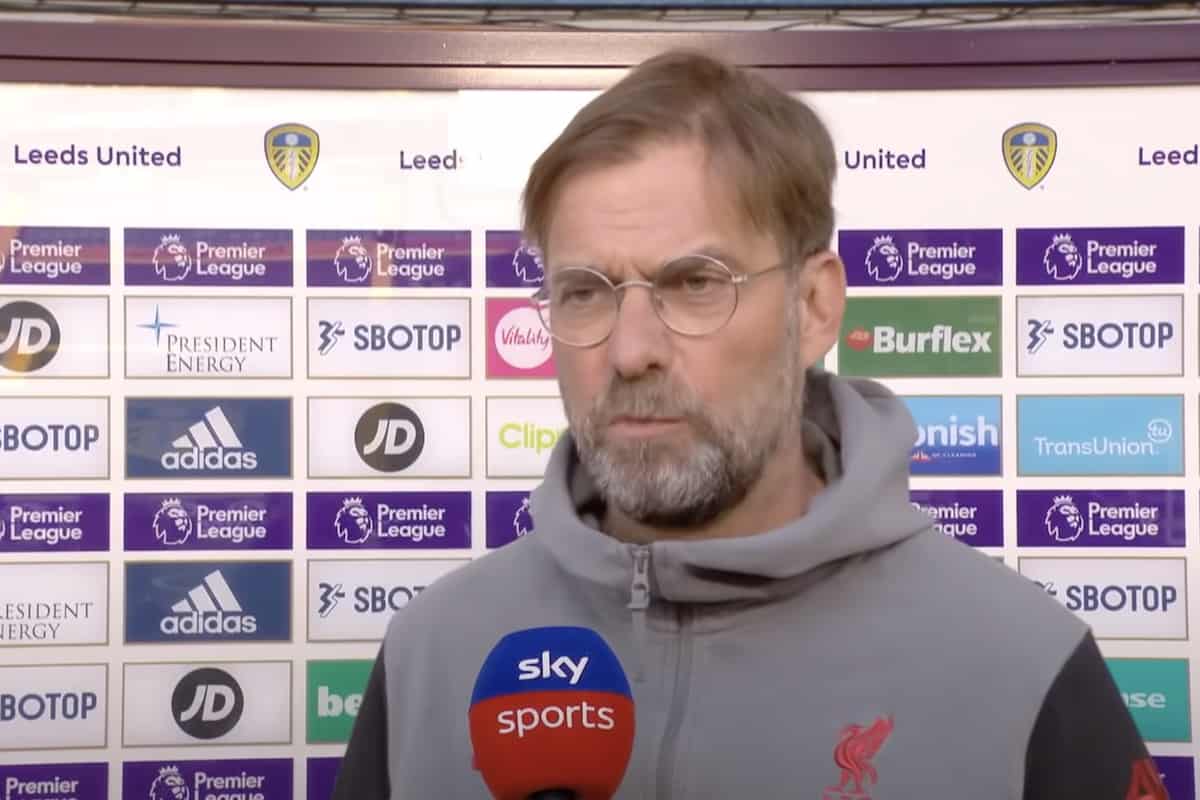 Jurgen Klopp says his view on joining a Super League hasn’t changed, insisting he wasn’t involved in the decision and wants to be part of the Champions League.

Speaking in 2019, Klopp stressed he “hopes there will never be this Super League,” rightly asking “why should we create a system where Liverpool can play against Real Madrid for 10 years in a row?”

It was a bold sentiment, shared almost unanimously by supporters and those involved within the sport alike, and it set the manager at odds with his employers.

With Liverpool now confirmed in their intention to join 11 other founding clubs in a new breakaway Super League – an alternative to the Champions League – Klopp has told Sky Sports his opinion “didn’t change since then.”

“Obviously, I heard first time about it yesterday, trying to prepare for a difficult game against Leeds,” he explained.

“So far we got some information, not a lot to be honest, most of the things you more or less can read in newspapers or whatever.

“It’s a tough one, people are not happy with that, I can understand that, but I cannot say a lot more about it, to be honest.

“We were not involved in any processes; not the players, not me. We didn’t know about it.

“The facts are out there, and now we have to wait to see how it develops.”

One of the key factors for Klopp that will be missing with the Super League would be the competition between clubs, with a closed tournament with no promotion or relegation eradicating that.

There would also be no incentive for the six Premier League clubs involved to push for success on a domestic level, as there will be no need to qualify for the Super League through their league placing.

“I like the competitive factor of football as well. I like that West Ham might play Champions League next year – I don’t want them to, to be honest, because we want to!

“What can I say? What I don’t like is that Liverpool is much more than some decisions.

“The most important parts of football are the supporters and the team. We have to make sure nothing gets between that.

“I heard banners are down at Anfield, I don’t understand that. The players didn’t do anything wrong, we have to stick together.

“And when other people in clubs use our anthem against us, I don’t like that as well.

“The boys didn’t do anything wrong apart from not winning all football games.” 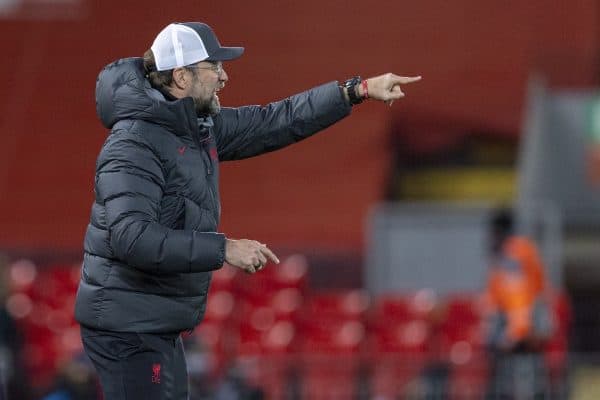 As Klopp continued, he suggested he had long-standing issues with UEFA and the existing schedule, but reiterated his desire for “competitiveness” in football.

“I don’t have all the information. I don’t know exactly why the 12 clubs did it,” he added.

“I know some things will change in the future, some things have to change, the power and stuff like this.

“I told them there were more games and I don’t like it, they showed it to me and it happens anyway. It’s about money, nothing else. All these kinds of things.

“It’s not only these clubs. Things will change, some things have to change, but you usually have to prepare for these kinds of things. You need time to convince.

“I understand one thing people don’t think is right is the competitiveness. If we earn it, we want to be there, like anybody else.”