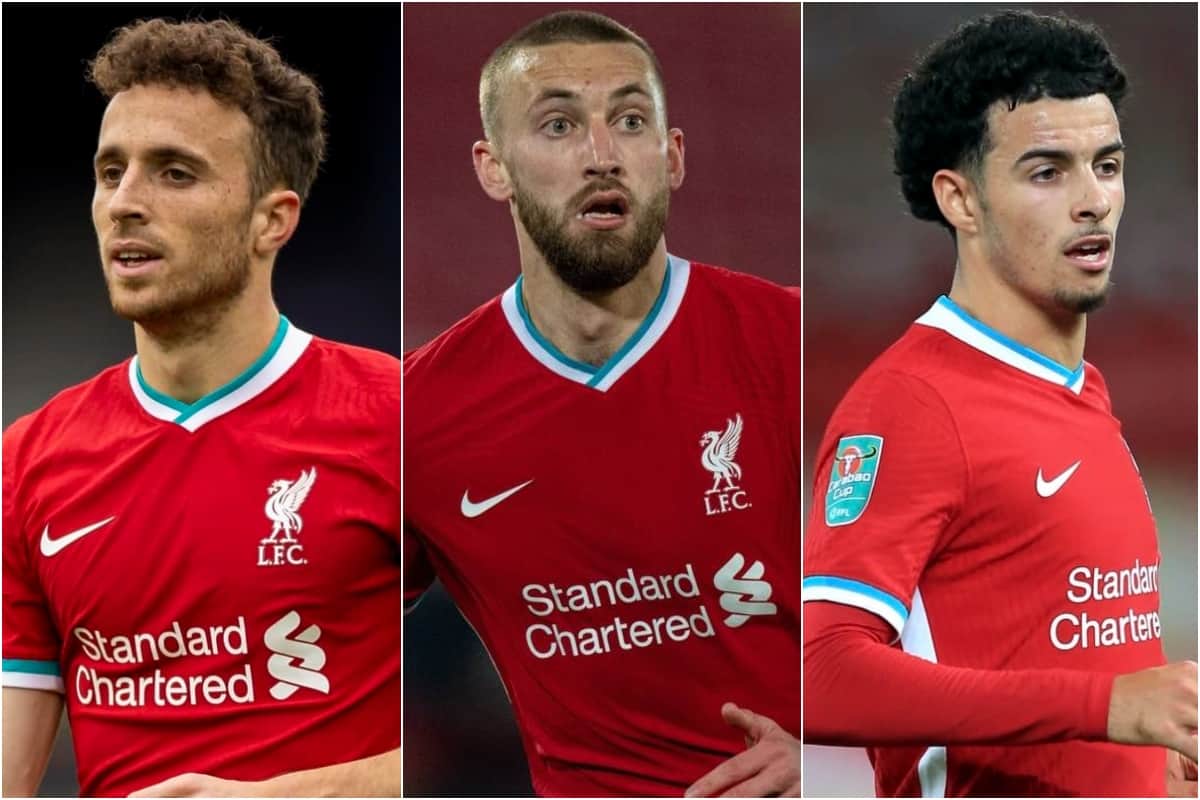 Nat Phillips is out of Liverpool’s clash with Newcastle on Saturday with a muscle injury, but there is no concern over the availability of Diogo Jota.

The injury to yet another centre-back was largely overlooked on Monday after a Super League bomb was dropped, but Phillips was an enforced absentee with a hamstring injury.

It forced Fabinho back into the defensive line, which is set to continue at Anfield as Jurgen Klopp revealed the 24-year-old remains unavailable in his pre-match press conference.

Phillips was pictured undertaking an individual programme at Kirkby on Thursday which provides hope that his absence will not be a long one, but it was the missing Diogo Jota who caused heart rates to soar.

The No. 20 was not pictured alongside his teammates which led to a number of rumours regarding his fitness to rise to prominence across social media.

But the manager put an end to that by saying “Diogo is fine,” meaning he is up for selection for the early Saturday kick-off.

He will be competing for a spot alongside the usual front three, where the possibility of turning their hand at a 4-2-3-1 formation is in the realm of possibility against a side who have kept one clean sheet in their last 11 games.

There is also good news on Curtis Jones, who is back in the mix after missing the last three games with a muscle concern – but, notably, prior to that he was an unused substitute in his five successive games.

Wrapping up the injury news, Jordan Henderson is still not close to a comeback as Klopp said of his captain: “I don’t know when Jordan is back, no one told me. Not in the next couple of weeks.”

The captain has been sidelined since mid-February, missing the last 10 after undergoing surgery on his groin.