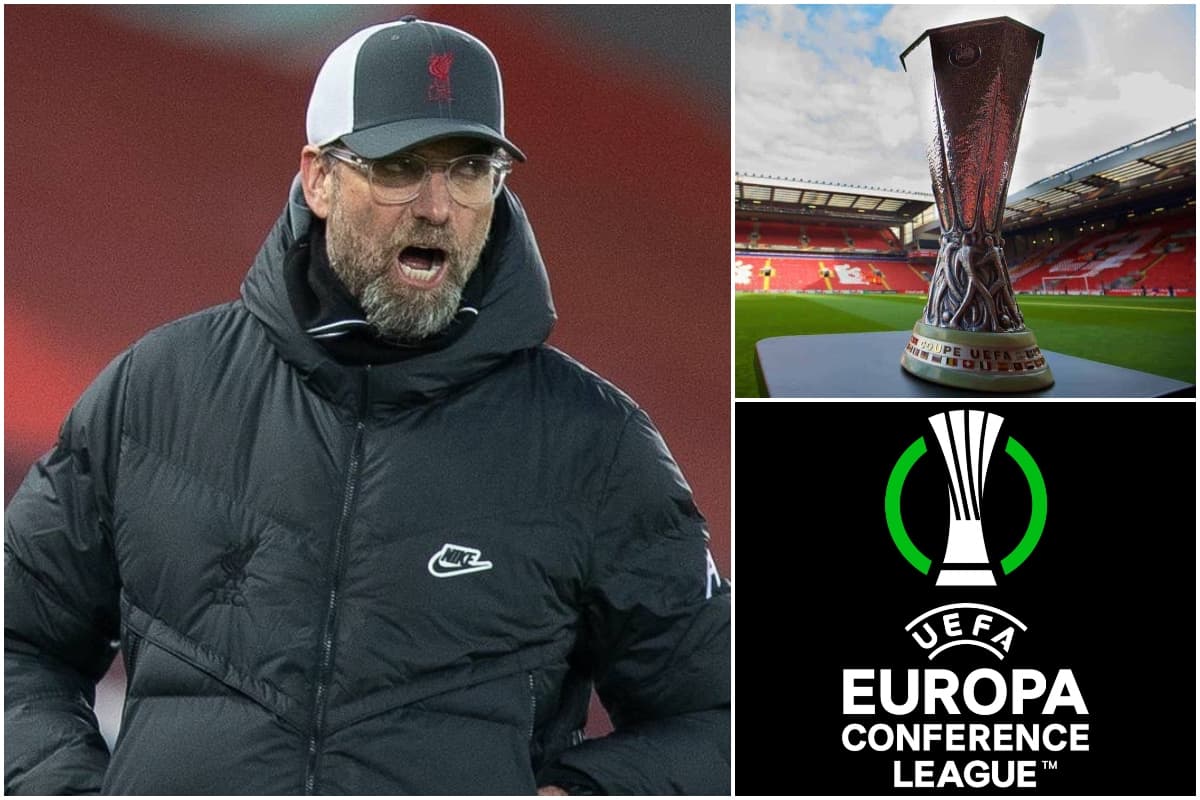 Liverpool have done an immaculate job of shooting themselves in the foot in the race for the Champions League, which leaves fans weighing up the desire for any European action in 2021/22.

The Reds’ position four points outside of the top four has seen their odds of playing in the Europa League or the new third tier of European competition, the UEFA Conference League, grow.

But there still remains a chance that no adventures across the continent are imminent should Jurgen Klopp‘s side continue to drop points as their closest rivals pick them up.

With five games remaining you can barely separate the teams, with Tottenham only one point behind in seventh and eight-placed Everton two points behind with a game in hand.

Liverpool would need to finish eighth or below to avoid European competition next season – and if Champions League action is not in the offing, a majority of fans are content with entirely missing out.

We posed the question to supporters on Twitter, Facebook and across This Is Anfield of what would be preferable if the Reds did not qualify for the Champions League, and the results were abundantly clear across the board.

Of the combined 25,704 votes, 66 percent were in favour of no European action whatsoever if a top-four place could not be secured – an overwhelming majority.

A less packed schedule after a number of taxing years was cited as a silver lining, one which would see league exploits prioritised:

Just bin off Europe for a season and focus on the league. If we were only playing once a week, training all week for Saturday, we would be very hard to stop in the PL.

Little money or prestige in Europe league and could a tournament sound less appealing than the Europa Conference League ? if Liverpool don't get top 4, a light schedule would be great to get back on track in the Premier League and maybe even challenge City next season

It’s #UCL or nothing. We get our players back fit and firing so we can reclaim our Premiere League crown #YNWA #LFC

But on the flipside, the remaining 34 percent still see an opportunity at a trophy whether in the Europa or Conference League, along with new adventures and a chance to utilise the entirety of the squad:

European Conference League. Its the inaugural season, new trophy in the cabinet, add some more history. The other teams in the tournament will be low quality until semis/final. Play a reserve side most of the tournament giving game time to fringe players, keeping first X1 fresh

Imagine not wanting to watch your team play more football matches. I love midweek football, so if we don't have it on Tues/Wed, I'd prefer Thursday to nothing.

I was originally no European football at all, at this point I’d rather see us in Europe.

Although, with the age of our squad could next season be the last year we challenge for the league with the current crop? https://t.co/kB9dcq0MKa

Changed my mind a few times on this, but I’d certainly rather watch us in the Europa instead of not at all.
Do believe the fixture congestion would change our transfer plans slightly, perhaps keep one or two we might’ve otherwise sold https://t.co/JI35EONSaC

It is undoubtedly a position all would wish Liverpool fans did not need to consider after four successive seasons in the Champions League.

Clearly, however, the overwhelming majority prefer no European football if the club cannot dine at the top table, with more training time, rest and focus only on domestic exploits the obvious benefits.

But as it is only in their hands, it is now time to see how Klopp’s men perform in their final five games to discover if and where the Reds may venture in 2021/22.