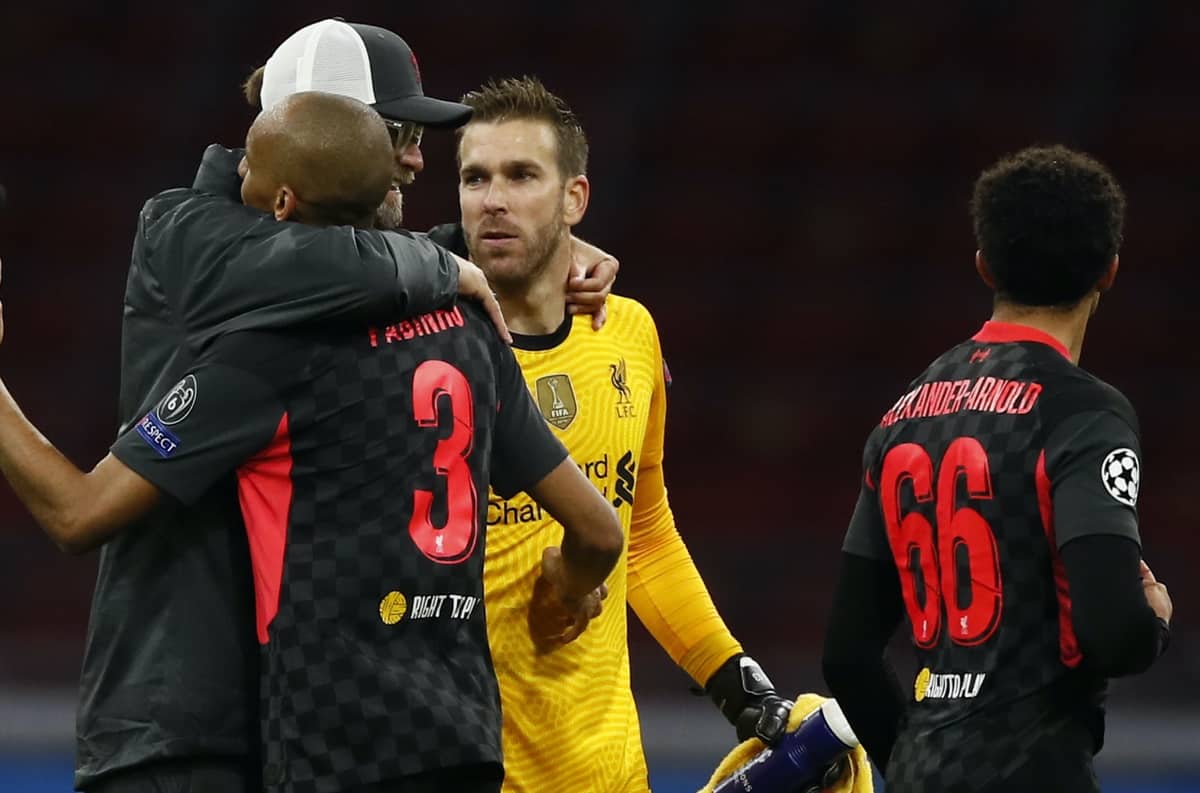 The events of the final in 2018 are well documented, but Liverpool are not on a revenge mission as they look to stamp their mark on the Champions League this season.

The Reds will kick off their quarter-final tie against Real Madrid on Tuesday evening, pitting the two teams against each other for the first time since the final in Kyiv.

The narrative, of course, centres around the defeat and the challenge which saw Sergio Ramos force Mohamed Salah‘s exit from the game, but Liverpool want to live in the now.

A place in the final four is on the line and the Champions League remains Liverpool’s only shot at silverware this season in addition to a route to the competition for next season.

It ensures focus is directed at progressing while the rest plays itself out externally, with Adrian nor his teammates viewing the tie as a revenge expedition.

“We have not had much time to think about it because it was the draw, we played the last game and each player left with his [international] team,” Adrian told AS.

“We have not had time to talk about that confrontation and that bad dispute. It is not the best memory, but a lot has happened since that. We haven’t faced them again, but I don’t think it affects that, much less Salah.

“Of revenge or revenge, I do not believe [there is a feeling for it]. In football, the confrontations between different teams return every so often.

“For us, it is an opportunity to show that Liverpool is here. 2018 was a few years ago and what happened happened. We must not go back to refresh that bad memory. Liverpool have changed a lot since then and Real Madrid have changed too.”

And with Ramos absent for the clash through injury, the Reds have more reason to focus on the here and now and put their best foot forward to qualify for their third Champions League semi-final under Jurgen Klopp.

But Liverpool know a “dangerous” opponent awaits and one with European know-how of their own.

“It is not as strong as in recent years. Something similar is happening to us, but it does not matter, Madrid is always dangerous,” Adrian added.

“In attack, they have players who do you a lot of damage on the counterattack. It is a team of rapid transitions, similar to our style of play.

“Madrid is Madrid and it is going to be a complicated tie.”

While Adrian was not in the squad back in 2018 nor set to feature this time around, he makes the right point regarding revenge.

Liverpool need to be proving they are the team to beat in 2021, and if that also comes with settling an old score for the seven Reds who played in that final – then it is an added bonus, but it cannot be the sole motivator.