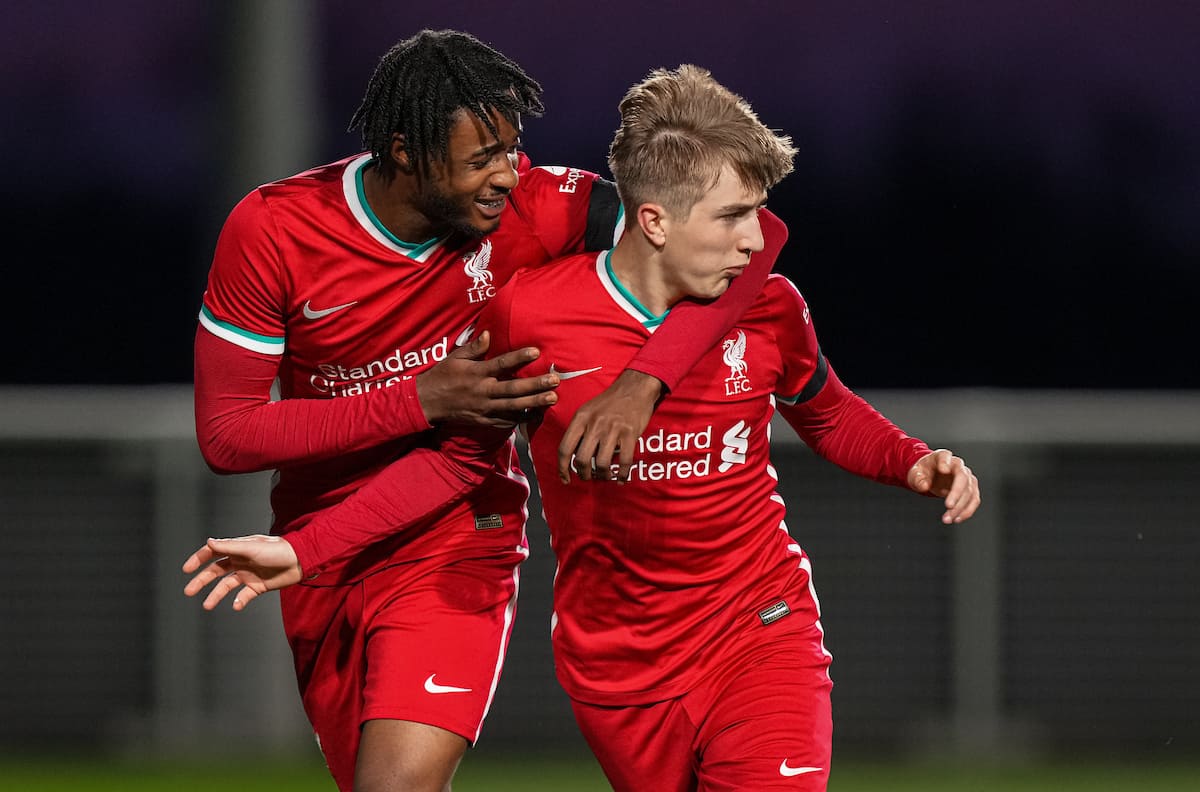 The Liverpool under-18s have now scored 22 goals in their last five games, with a 6-0 victory over Middlesbrough the fourth time they have netted six in a game this season.

Saturday’s clash at Kirkby kicked off at the same time as the first team’s 1-1 draw with Newcastle at Anfield, but unlike their senior counterparts, Marc Bridge-Wilkinson’s side finished their chances.

Bridge-Wilkinson made four changes to his side from the 1-1 draw with Burnley last time out, as Harvey Davies, James Norris, James Balagizi and Kaide Gordon came back into the fold.

The first half was similar to that experienced by the first team in that, following Jarell Quansah’s header from a Mateusz Musialowski corner, a barrage of chances came for the young Reds with no way past Boro ‘keeper Max Metcalfe.

But the floodgates opened after the break, with Gordon scoring his fifth goal in three games as he glanced home Norris’ cross from the left.

Max Woltman was next up, extending the lead to 3-0 from the penalty spot after Melkamu Frauendorf was brought down, before Musialowski grabbed his first of the game with a trademark effort. 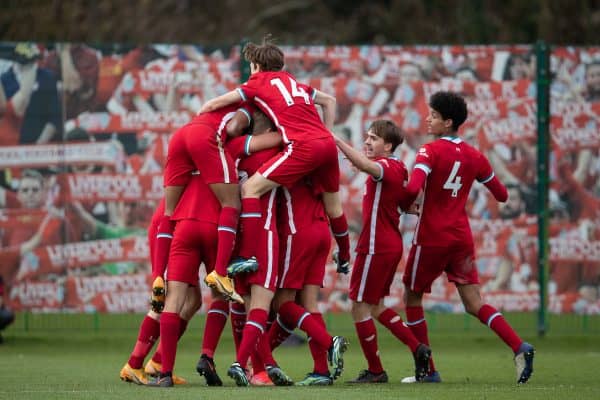 Gordon and Frauendorf then combined to tee up Woltman for his brace, before Musialowski capped a six-goal victory with a double of his own, firing home with three minutes to play.

Incredibly, Woltman has now scored eight goals in his last five outings, with braces against Wolves, Leeds, Leicester and now Middlesbrough, stepping up emphatically to fill the void left by Layton Stewart.

It is in keeping with Liverpool’s fine form at U18 level, maintaining their title hopes having scored more goals than any other team (72), now sitting two points behind league leaders Man United who have two games in hand.

The young Reds will now turn their focus back to the FA Youth Cup, however, as Arsenal are visitors in their quarter-final on Friday night.