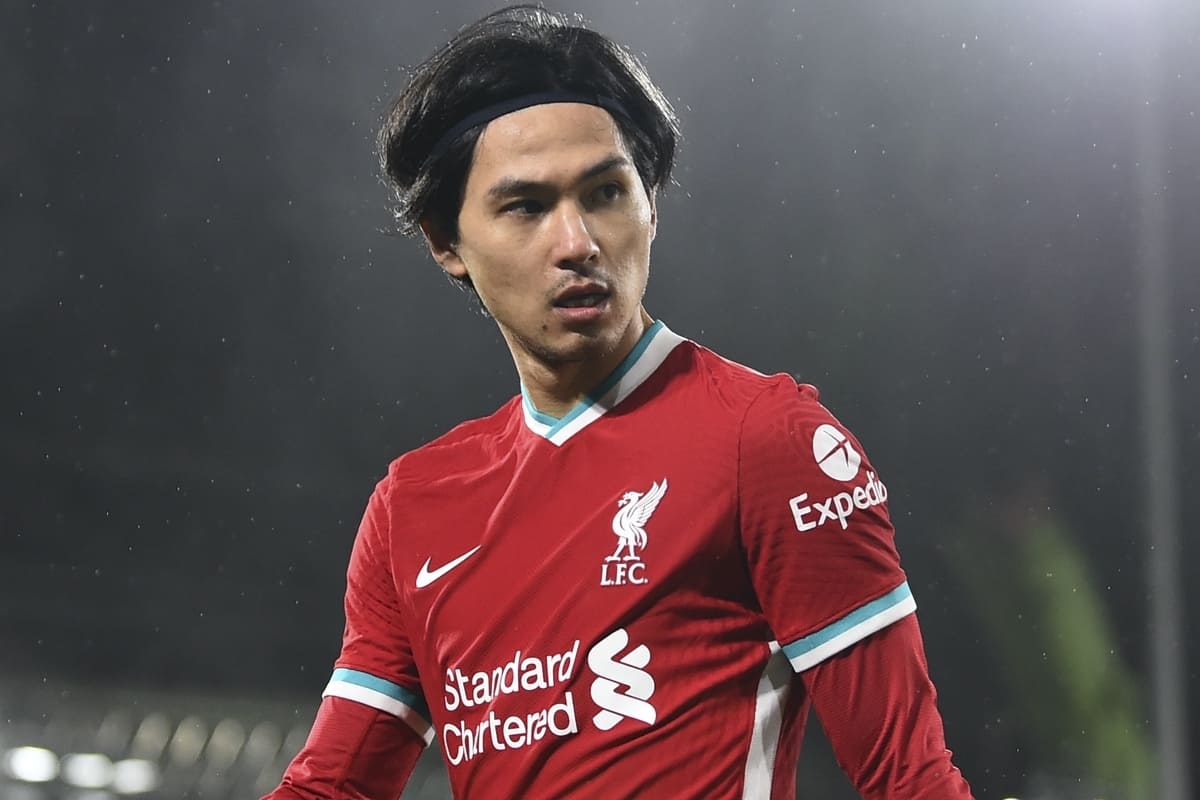 Takumi Minamino has conceded he doesn’t know where he will be playing “in six months’ time” after making a temporary loan switch to Southampton.

Life at Liverpool has been far from smooth sailing for Minamino, first arriving in the midst of a runaway title campaign before the pandemic hit and his integration into the team was disrupted.

It resulted in isolation in a new city which left Minamino eager to “go back to Japan at that time” as “mentally it was very tough,” a feeling which many can empathise with.

The 26-year-old made 31 appearances for the Reds, primarily from the substitutes’ bench or in a heavily rotated cup side, which did little for rhythm or confidence.

Breaking into the side was a challenge the Japan international did not shirk away from, but getting more minutes under his belt meant a loan spell at Southampton.

A switch which has left doubt over where he will be plying his trade come the start of the 2021/22 season, but the hope is his time with the Saints will hold him in good stead irrespective of if returns to Anfield or not.

“It was very difficult to get a chance in that team, but that was always the challenge for me from the beginning, so I wasn’t in a negative mindset at all, even in training,” Minamino told Kyodo News.

“It was just about trying to play in matches, get into the starting lineup, and figuring out what I can do to achieve those goals.

“I am focusing on the present and what I can do now. I’m a footballer so I don’t know where I’ll be playing in six months’ time, but I want to be playing at a high level.

“I think so [that he took one step back to take two forward]. I’m going to work hard to make sure I’ll be able to say [that is the case] when the season ends.

“You have to play in matches to really understand. That’s why I chose to come here. I don’t think I would have left Liverpool if I thought I could develop just by training there.”

Minamino has currently made just six appearances for Southampton and the hope will be that the final six games he is eligible for reap more impactful minutes.

Jurgen Klopp has previously spoken of how the 26-year-old is a “long-term project” and it could be that his words in addition to the No. 18’s suggest another loan move could be on the cards.