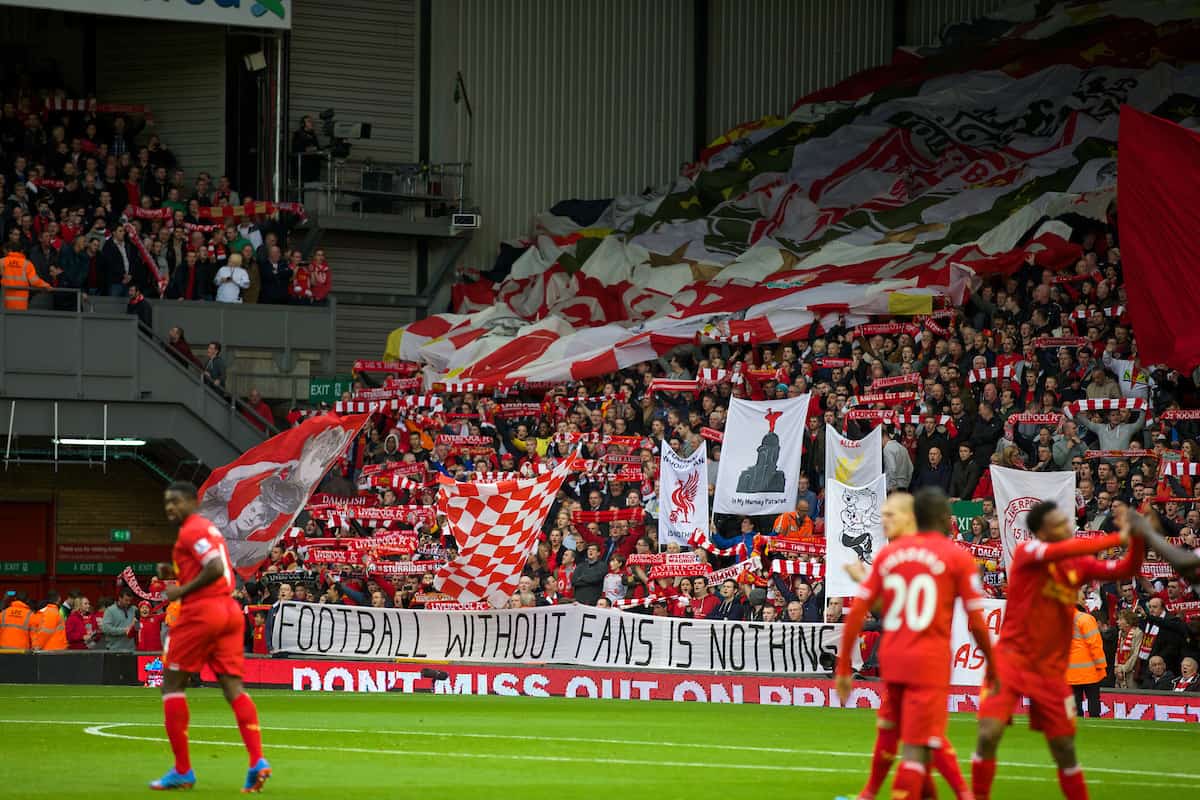 The Super League is dead, now we want our game back, writes Jason Hughes.

The date April 20, 2021, bore witness to a spectacular implosion as the owners of England’s so-called ‘big six’ – a label which reflects lucrative revenue streams rather than elite footballing performance – abandoned their plans for a European Super League, a mere 48 hours after announcing its inception.

In attempting to kick away the ladder to success beneath them, John Henry and his co-conspirators have themselves fallen from grace and now must face the ire of both their own fan bases and the wider footballing community.

It is perhaps the speed with which this humiliating climbdown occurred under the pressure of fan protests, media condemnation and the collective action taken by the Liverpool squad, amongst others, which has been most surprising. Jamie Carragher referred to the six owners as a “mafia”, however, the execution of their idea has been more akin to Del Boy than Tony Soprano.

Unlike the last proposal of a breakaway league in 1992, this attempt to ring-fence the wealth of football from the rest of the creaking pyramid has met a crushing defeat, demonstrating that, when united behind a common goal, fans still have the power to utilise our voices for genuine change in the increasingly dystopian landscape of world football.

The challenge which now faces us is the recognition that this victory should not mean we settle for a return to the status quo. Instead, we must acknowledge that the proposed Super League was merely the wrong solution to fix an already broken system.

Hypocrisy on our TVs

As the footballing world unified itself in condemnation of the 12 clubs who struck out for themselves in a blatant act of avarice, a sickening hypocrisy became quickly prevalent in the ensuing discourse. Without hesitation, the institutions whose negligent, self-serving behaviour over the last 30 years has created an environment in which the idea of a European Super League could ferment, loudly portrayed themselves as the protagonists in the defence of sporting integrity.

We all saw the passion with which Gary Neville and Jamie Carragher attacked the proposals on Monday Night Football, and there can be little doubt that their rallying cries came from a love of the sport and the desire to protect the history and reputation of their clubs.

However, the idea that their employers at Sky gave them such a platform in order to protect ‘the pyramid, the sincerity of competition, the honesty and integrity of competition’, which Neville spoke of, is laughable. The cold, hard reality which we all know too well is that Sky are merely seeking to protect the value of their current £3.6 billion investment in the television rights to the Premier League.

Sky did not leap to the defence of sporting integrity when it shovelled money into their own newly established breakaway league, entrenching and widening the wealth disparity between the Premier League and the Football League. Nor did they reflect the values or voices of working-class fans when they introduced an extortionate £15 PPV scheme in the middle of a pandemic. In fact, Sky have treated us with nothing but contempt for years, scheduling games at ludicrous times for travelling fans while simultaneously using the atmosphere of Premier League stadiums as a marketing tool.

No less tainted than Sky was the reaction of BT Sport, who quickly issued a statement against the Super League and its potential “damaging effect to the long term health of football in this country.” Yet just three hours and thirty-five minutes later, and without a hint of irony, BT excitedly announced the details of the new UEFA Champions League format which comes into effect from 2024 and is merely a more moderate attack on sporting merit in an attempt to drive up revenues.

Much like Sky, BT sought only to protect the value of their own product, having paid £1.2 billion for the rights to Champions League games until 2024 and exploited notions such as fan opinion and the sanctity of the pyramid in order to do so. 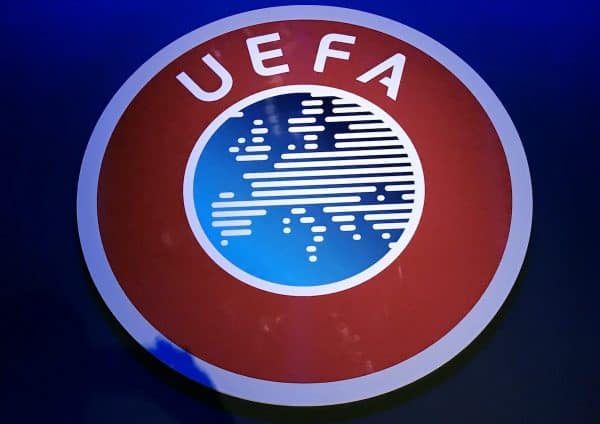 Perhaps most galling, however, with the possible exception of Boris Johnson wading into the debate supposedly in defence of the very same communities he has treated with hostility and contempt all his life, was the indignant response of UEFA and its president, Aleksander Ceferin. Ceferin bemoaned the “snakes” who had spat “in the face of all football lovers” and spoke of an ideological shift, which has seen selfishness replace solidarity and greed replace loyalty.

Yet this is the same UEFA whose Champions League reforms will railroad an already packed domestic fixture list by introducing 10 group stage games in order to milk the top clubs for every last penny. The same UEFA who allocated Liverpool fans just 16,613 tickets to attend a Champions League final held in the 68,456 seat Wanda Metropolitano, with the majority of tickets finding their way into the hands of corporate sponsors.

In the same season, Chelsea and Arsenal fans were sent to a Europa League final in Baku, a city which will also host Euro 2020 games despite Amnesty International claiming that the civilian population in Azerbaijan has “suffered widespread human rights abuses,” while Azerbaijani forces have been accused of committing war crimes. Sportswashing is not limited to Sheiks it seems.

For these corporations and federations, the fight is over and the return to normality a resounding victory. However, their victory is no victory for ordinary fans. In fact, if we are to truly reclaim the game we have come so close to losing, we must redirect our energy and anger at them.

As the news broke that the Super League dominos were well and truly tumbling, Gary Lineker in a well-meaning moment of celebration claimed that “we’ve got our ball back,” but this is far from true. Our clubs remain in the hands of venture capitalists who, given the chance, would rip the soul from our communities in order to maximise revenue. Fans remain at the whim of television companies who see us as consumers whose passion can be commercialised and marketed. Meanwhile, UEFA have maintained their monopoly on European competition and will quietly continue their own self-serving reforms.

We cannot allow this momentum to go to waste, the time is now to mobilise and make our voices heard. Whether through protests, boycotts or fan groups coming together this is an opportunity to make clear to Sky and BT that we are no longer willing to be exploited for profit, with no consideration for the needs of the so-called ‘legacy fan’. 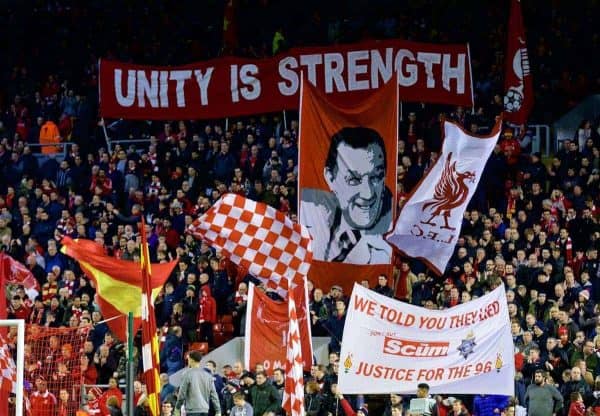 It is an opportunity to make clear to FSG – if they cling onto their position for much longer – that our club belongs to us not them and demand a greater say in both the running of the club and the shaping of the game as a whole. UEFA’s Champions League reforms must be treated as the halfway house to a Super League that they are and met with the same anger that we have demonstrated over the last few days.

Just as importantly, we must challenge the injustices that are easier for us to turn away from. International football is rarely high on our agenda as Liverpool fans, however, the Qatar World Cup will soon be upon us, and a venture that has caused the deaths of over 6500 migrant workers will be billed as harmless entertainment.

The energy and unification of the last few days has to be utilised to challenge such blatant corruption and pollution of our sport. To stop now and revert to turning a blind eye would be an acceptance that our game is already lost.