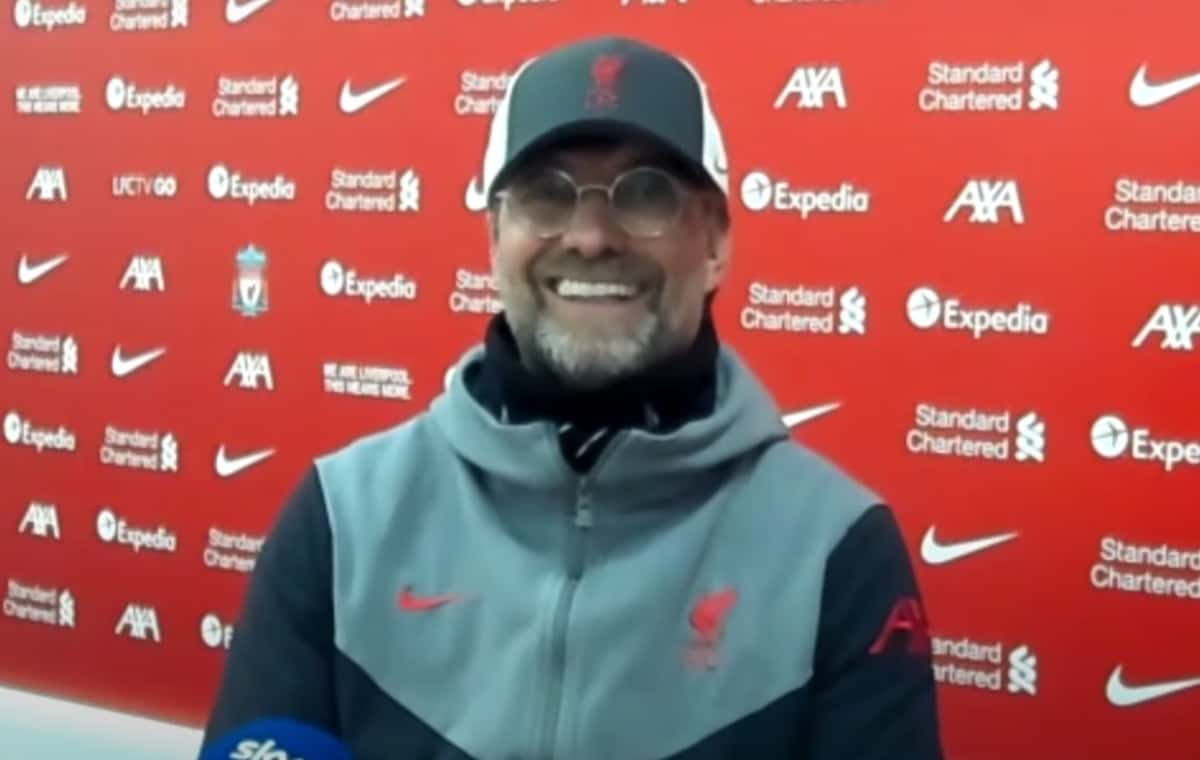 Jurgen Klopp was rightly elated after an “emotional” Trent Alexander-Arnold goal secured a valuable 2-1 win over Aston Villa at Anfield.

The Reds arrived at Anfield with a record not in their favour, having gone eight across all competitions without a win – not to mention having scored just two goals in that time.

Aston Villa would rightly have been buoyed by the growing crack in the fortress and while Ollie Watkins would put them ahead, Mohamed Salah and Trent Alexander-Arnold had something to say.

The pair both struck in the second half, the latter at the death, to end the barren home run and inject much-needed belief and confidence back into the team.

And for Klopp, Trent’s goal proved to be the “best for ages,” not only for its style but its meaning for the bigger picture.

“We accepted a long time ago that this is a bumpy season for us but we had to strike back, again and again, and the boys did,” Klopp told reporters.

“It took a while. We forced it if you like, with Mo’s header. Then we had to increase the risk a little bit, took off a centre-half and brought on Shaq.

“Then scored this wonderful 2-1. It felt like the best goal for ages. An emotional one. Really happy about the three points.”

And there was, of course, further words on Trent’s performance with Gareth Southgate watching on at Anfield, but Klopp continues to ensure the story is not made bigger than it needs to be.

“For the player especially, he wants to be in the [England] squad. But I really think we don’t have to talk much more about it,” Klopp added.

“He’s a wonderful player. I think we all agree and Garath agrees. He has to make a decision, we respect it, Trent respects it and I respect it.

“To be in the squad of England you have to play outstandingly good football. Trent did this very often from a very young age.

“It is not as if he is not playing good. Just don’t talk about it, talk about the game but leave the rest aside.”

The Reds now have four days until Real Madrid arrive at Anfield for the second leg of their quarter-final Champions League tie, where Klopp’s men have a 3-1 deficit to overturn.