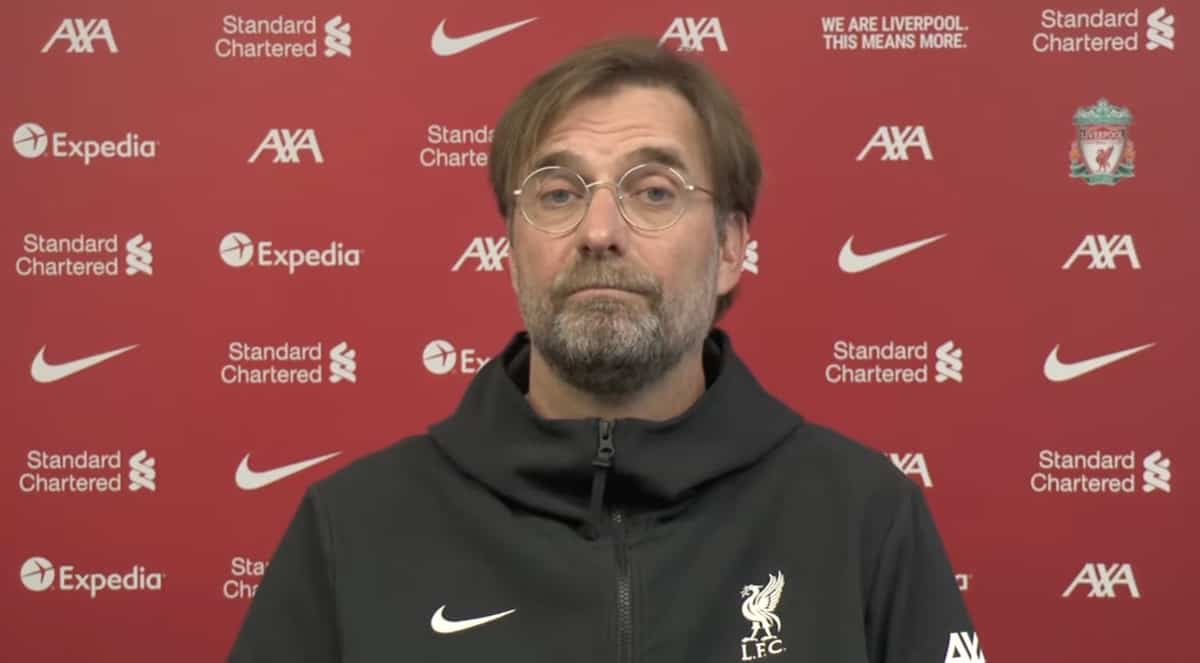 Jurgen Klopp described Aston Villa as a “really good side” ahead of their trip to Liverpool on Saturday, with a desire to respond to the 7-2 loss at Villa Park in October.

The Reds were dealt a humbling defeat six months ago, as Jack Grealish ran riot in a record-breaking defeat, with the Villa captain scoring two and assisting three in a 7-2 rout.

At the time, that resembled something of a blip for the defending champions, but ahead of Saturday’s third meeting with Villa this season, Liverpool sit seventh in the Premier League having not won at Anfield since December 16.

Victory over Villa would continue a domestic revival that has so far heralded back-to-back victories over Wolves and Arsenal, particularly as Dean Smith’s side are rivals for a European spot.

“They are good, they really good,” Klopp said in his pre-match press conference.

“Good setup, made some good signings – [some of them so] long ago, we probably won’t see them anymore as ‘signings’.

“I think [Ollie] Watkins, only to mention him, bringing [Ross] Barkley in helped as well, [Matty] Cash very good signing as well.

“Really, really, really good side, and good sides in the Premier League are immediately in contention for European spots. Yes, of course they are.”

Elsewhere in his press conference Klopp spoke about the battle against racist abuse on social media and the fallout of Naby Keita‘s 42nd-minute substitution against Real Madrid in midweek.

Unsurprisingly, there were questions about the 7-2 loss, too, and Klopp discussed his process of learning from games – and particularly that defeat.

“You cannot put a game like this one aside immediately. That’s not possible,” he admitted.

“Yes, we have a lot of games, I don’t know if we played a few days after in the Champions League or not – I don’t remember anymore, to be 100 percent honest.

“But no, we had to work with it. A lot of things were shown to us in that game, which obviously were a problem.

“That’s the job, how we work with results, the higher or stranger the result is, that doesn’t mean it gets more necessary to work with it, but in this case, for sure we spoke about it quite frequently.”