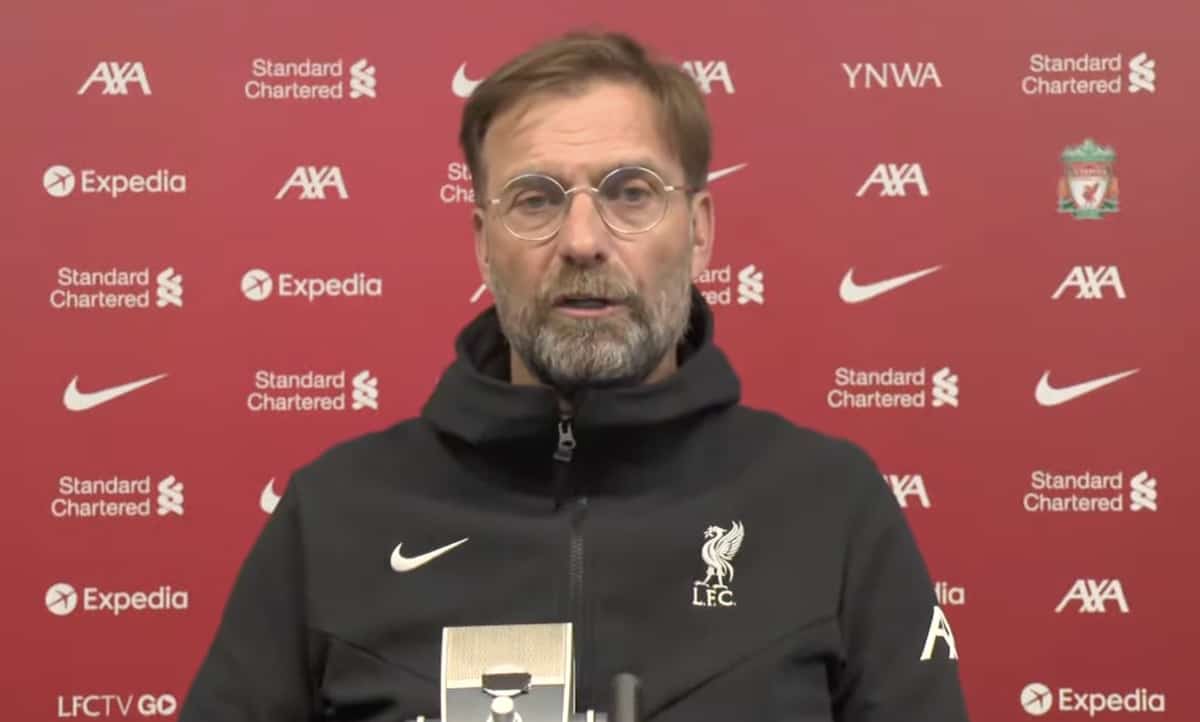 Jurgen Klopp spoke passionately about the desire to see the club emerge from the Super League debacle more unified as well as the new controversial Champions League format.

It’s been one hell of a week for European football, which Klopp found himself at the heart of when his side were the first of the ‘Super 12’ to play while the breakaway league was still in motion.

As we know now, its lifespan reached the ripe old age of 48 hours before crumbling off the back of unrelenting backlash from all key stakeholders within the game.

And while Liverpool have an important game against Newcastle on Saturday in the race for the top-four, the conversation centred around Liverpool’s owners, the Super League and the ‘baby Super League’ in the shape of UEFA’s new Champions League format.

“I know the owners, I know them since six years, I know there were some moments when they might not have made the right decisions, this time for sure,” Klopp told reporters.

“And that doesn’t change, for me, too much because I prefer dealing with the problems or the people I know than just changing because then you might have the same problems early enough again.

“[Super League clubs] will not come around the corner next week again and try to do something. For sure not. They all learned their lesson, I’m pretty sure. But now we have just to make sure we don’t get any harm off it, like a different atmosphere in the club.”

Heated and passionate words were also aimed at UEFA and FIFA as more games continue to be added to the schedule while players continue to run on empty and managers continue to voice their objections.

“We all wanted to have the Super League away, but in the same moment it happened that now the new Champions League is out there and who read this concept properly and says, ‘Oh, that’s perfect?’ And who tells me now it’s not about money? It’s a joke,” he continued.

“The football structure in this moment is not prepared for more games and I don’t know, and some others on a really high level have no idea, how you really shall deal with even more games.

“We have to make sure the quality of football gets higher – not by buying, no, by training and these kind of things. Even the best players cannot get as good as they could be without training, that’s just not possible, but we cut off training time constantly.”

It is certainly worth sitting back and watching Klopp say his piece in its entirety on these important issues within the game.