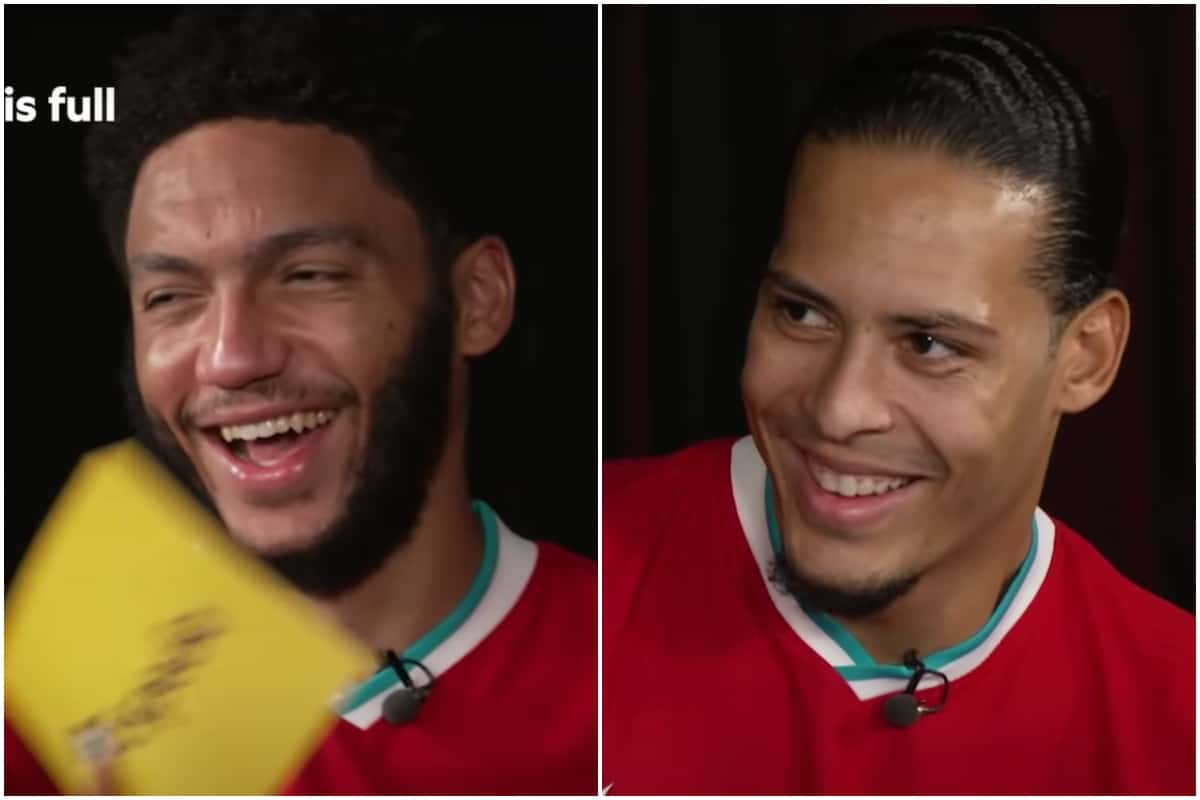 Virgil van Dijk and Joe Gomez are a tight unit and when put together in front of a camera banter and a competitive streak emerge, and we’re all here for it.

Van Dijk and Gomez are two crucial parts of Jurgen Klopp‘s defence but found themselves spending the majority of the season in the medical room with respective knee injuries.

The two certainly bring the best out of each other and they have been a sorely missed duo, with their absence on and off the field duly noted.

But in a roommates feature with The Players’ Tribune, the closeness of their relationship is abundantly clear as they trade barbs and prop each other up.

The amusing video is one that shines a spotlight on their language skills, or lack thereof, and how they view each other in regards to different aspects of life. And here’s what we learned. 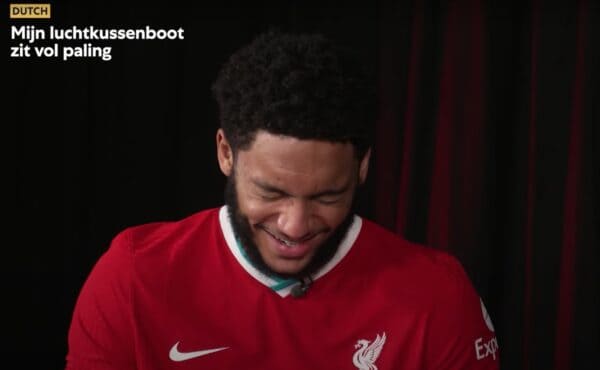 Where Van Dijk is bilingual, Gomez is not.

While the No. 4 cruised through some phrases in different European languages, his teammate didn’t have as much joy in deciphering or speaking and we doubt he’s alone in this arena.

“You’re getting no sauce. Straight. I’m speaking like a robot, bro,” Gomez explained, knowing his own limitations.

Their reactions are priceless and hilarious in equal measure as the England international attempts to get through his phrases.

One Bite for Virgil 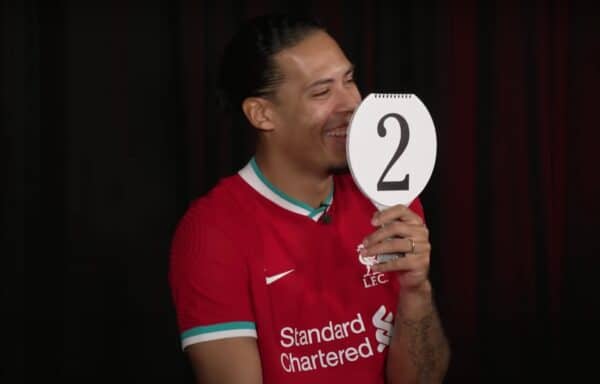 Food is treasured, a slice of joy when you find the dish that just hits the spot.

But Van Dijk wouldn’t know as it’s down in one bite, leaving little time to savour any flavour – unbelievable really.

“Give Virg a muffin, he’ll eat it in one bite,” Gomez said. “Everything’s on the go, there’s no care about food.”

How Gomez then gave him a score of three out of five for cooking is beyond us, far too nice, especially when he adds that the Dutchman can’t cook!

Everyone Wants to Win 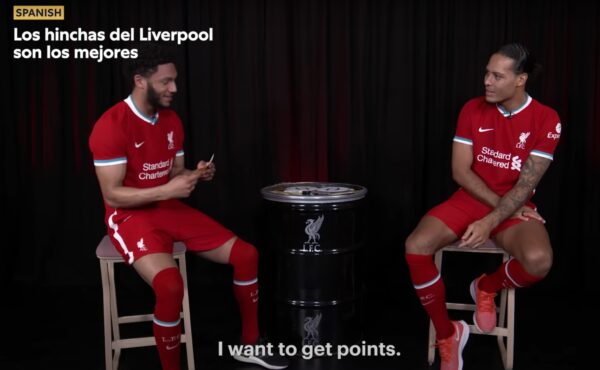 There’s no denying the competitive streak that runs between the pair, with desperation for points clear for all to see.

“No, we can’t accept that,” when the phrase was nearly spot-on showed how ruthless Gomez was, whereas Van Dijk would not let Gomez stop his European phrases as “I want to get points.”

It certainly makes for good banter!

Held in High Regard 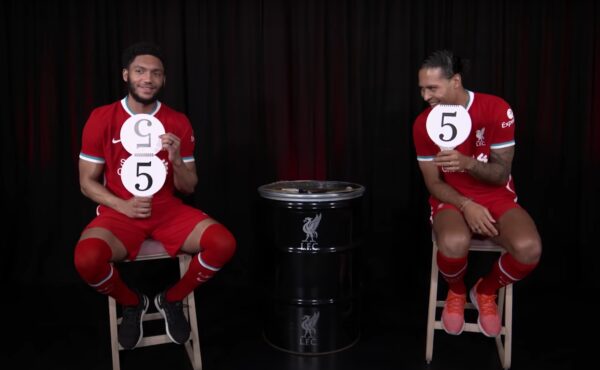 But when it came time to rate each other as footballers, they both were sincere in how high they regard each other.

Virgil’s score of five for his centre-back partner was without hesitation, “I’ve mentioned it before, he’s the best young English centre-back at the moment, so all praise to him.”

And it was met by a “double five-five” for a big ten when Gomez assessed the No. 4, and we can’t disagree with either rating!

We just can’t wait to see that talent back on the pitch next season!