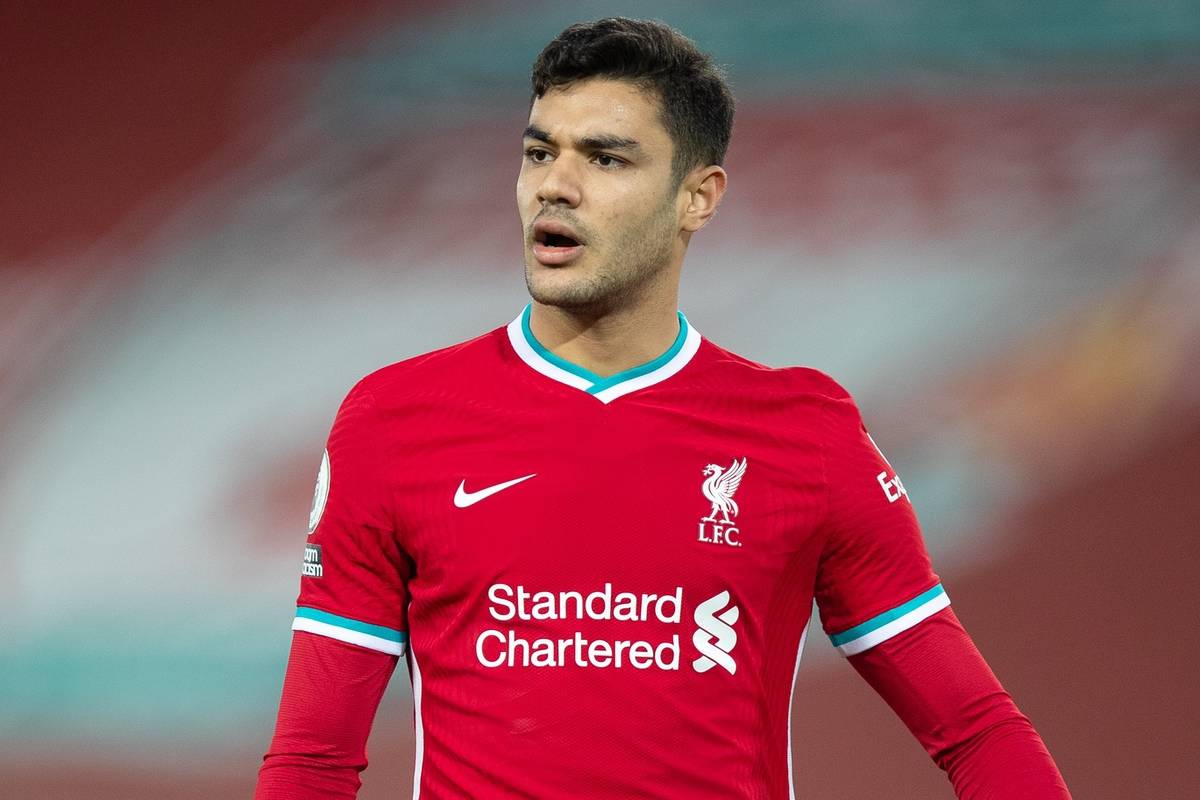 Liverpool are yet to make a decision over whether to sign Ozan Kabak on a permanent deal, but the majority of fans are convinced his long-term future lies at Anfield.

Kabak is three months and 13 games into his time with the Reds, having joined on an initial half-season loan from Schalke in January.

Despite the Turk being a first-choice starter under Jurgen Klopp at present, there is no indication yet that Liverpool have opted to exercise the £18 million purchase option agreed with the Bundesliga club.

That decision may be required soon, with The Athletic’s David Ornstein reporting that the Reds “need to let Schalke know around mid-May” whether or not they wish to make Kabak’s switch permanent.

Ornstein claimed that Liverpool could even be looking to negotiate a lower fee on the expiry of the 21-year-old’s loan, with Schalke suffering relegation and in desperate need of funds.

But for the proposed price tag of £18 million, would Kabak be a worthwhile signing?

This Is Anfield posed the question of whether Liverpool should keep the centre-back beyond the end of the season, with an overwhelming majority of 77 percent in favour of doing so. 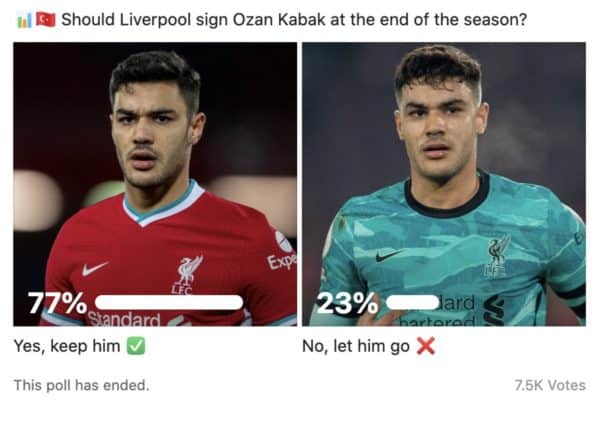 Among the 7,500 voters on Facebook, Graham Ryan backed a long-term deal for Kabak, writing that he “shows promise and is young,” with Nick Newport-Smith of the belief that he will “learn off [Virgil van Dijk] and only get better.”

However, Phil Eccles argued: “We would be paying [£18m] for someone to be sixth choice behind Phillips. Not worth it.”

“If we keep Kabak [then] Phillips is gone and I’d rather keep Phillips,” agreed Paul Hemnell, while Dylan Doney insisting Liverpool should “let him go” as he “hasn’t shown enough.”

? Do you want Liverpool to sign Ozan Kabak on a permanent deal this summer?

Twitter saw 11,319 voters, with Kabak’s age, experience and the relatively low fee required to sign him highlighted as convincing reasons to sanction the deal.

For 18m it's a no brainer.
If he continues to improve then its a bargain and if he doesn't then we will sell him for at least that amount but probably more ??

Who is saying no to this?? The price is really low, he has come in and done a very good job considering the circumstance. The only way this is a no, is if it is instead of konate. Even if it didn't work out, surely would make a profit on him further down the line.

His price & his age may make most sense. Gomez as a 2nd choice CB is always a risk – and other guys shouldn’t have to play >30 matches a season if rotation is a possibility

Liverpool hope to be in a better position next season when it comes to centre-backs, with Van Dijk, Joe Gomez and Joel Matip all expected back fit for pre-season, while a deal has been lined up for RB Leipzig’s Ibrahima Konate.

I dont get it, nex season Van dijk, gomez and matip will be back + we have phillips. I just dont see why we would need a 5th cb

For some, this has pointed to a direct call between Kabak or Nat Phillips as the fifth option, but given the uncertainty around Gomez and Matip in particular, that may not be the case.

It is clear, however, that Kabak is a popular figure among fans, and having settled in well at Anfield and into Klopp’s system, an £18 million deal does seem like a bargain.