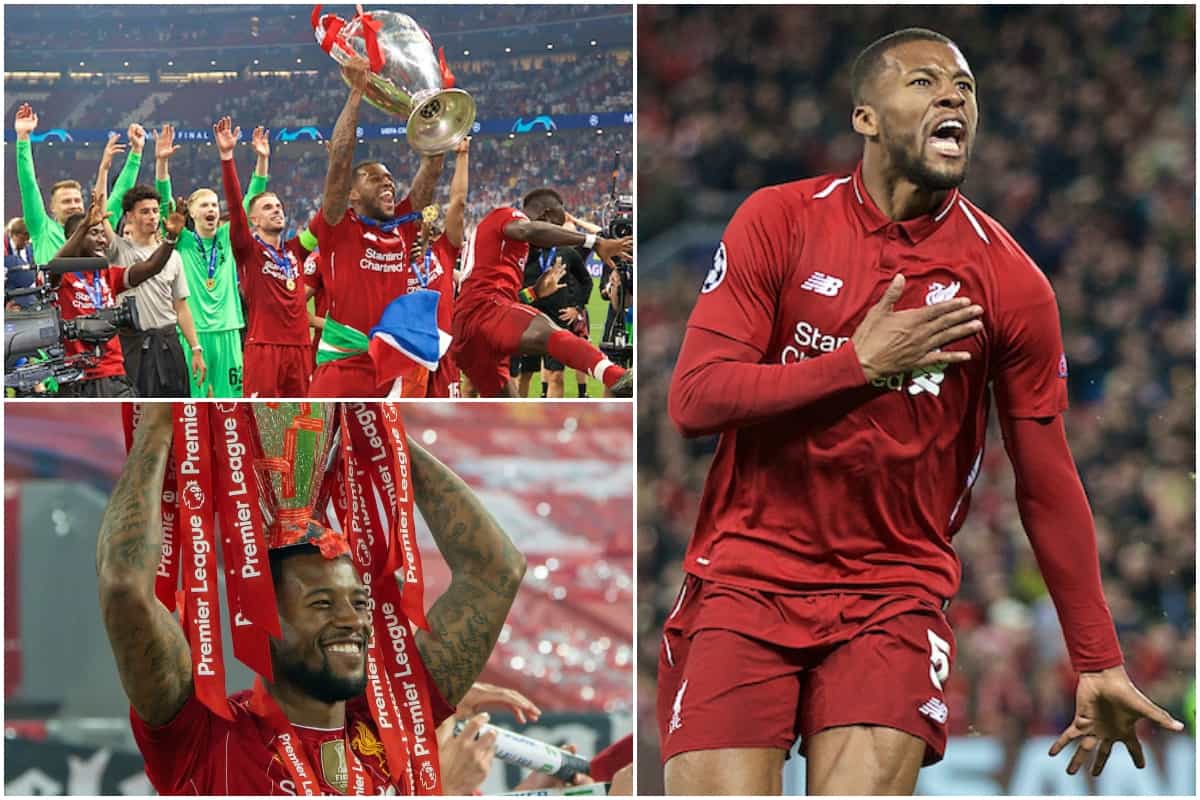 After five years at the club, Gini Wijnaldum is to set off on a new adventure but he leaves Liverpool a legend and with countless top moments.

The final day of the season marked the end of the Dutchman’s time at Anfield after 237 appearances and four trophies, with a contract extension unable to be agreed upon.

Wijnaldum joined the Reds at the start of Jurgen Klopp‘s revolution in 2016/17, making the switch from Newcastle as Liverpool climbed the mountain straight to the top of domestic and European football.

Much of his art is in his subtlety, making him an under-appreciated figure for those who don’t know what to look for. But equal to that, he was not shy about stepping up in the big moments.

A popular figure for players and fans alike, Wijnaldum has proved to be an influential figure and with his time at Anfield soon to be up we’ve taken a look at nine of his top moments as a Red.

They weren’t an ever-present part of his game at Liverpool, with 16 assists in total, but his punched through ball to Sadio Mane when the ball was behind him was centimetre perfect against Tottenham back in 2016/17.

A superb pass that arrived during the most prolific period of his Reds career for scoring contributions, with four goals and three assists in 10 games across all competitions.

This is not a moment per se, but Wijnaldum’s reliability is definitely worthy of a mention as in the 265 games played since his arrival in 2016/17, he missed just 29 of them.

Availability is the biggest asset in sport and the Dutchman has it in abundance, it’d be scary to think where the Reds would be without his constant presence in a sea of injuries. 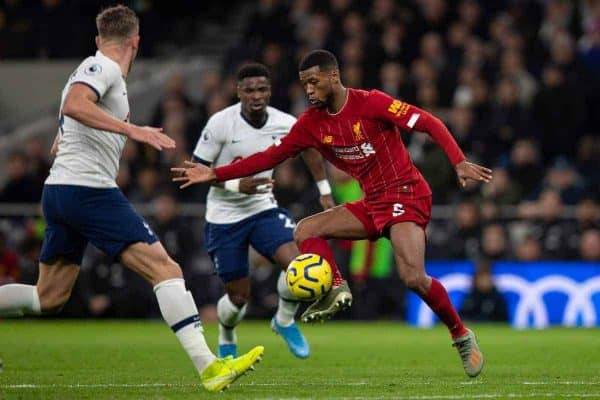 Sometimes you question if there is any point in the opposition pressing Gini, as his awareness of space and how to manipulate it in his favour is second to none.

He more than holds his own in the tackle and to keep the ball safe in tight areas has been a joy to watch, with his ability to get beyond two Barcelona players one of the first examples to come to mind:

People will always cite his goals vs Barcelona as the landmark contributions of his Liverpool career, but this might be my favourite Gini moment of all.

Can’t be measured by any statistic, which encapsulates his excellence perfectly. pic.twitter.com/9bBfsne9LD 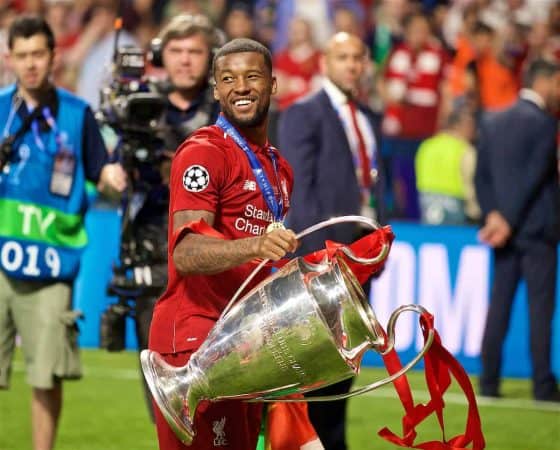 And he will forever be remembered for it at Liverpool after playing an instrumental role in returning No. 6 to the trophy cabinet.

Goals against Sheffield United and West Ham were key in the relentless run and ending the 30-year wait places him on an illustrious list of names.

On time at Roma 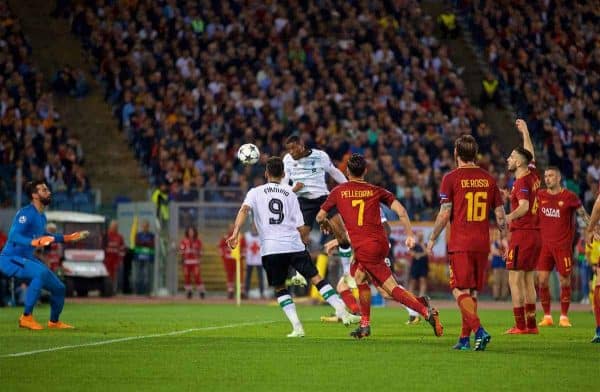 When you think of Wijnaldum, an abundance of goals isn’t the first thought but timely strikes certainly are – or in this case a header beyond Alisson.

The Reds had a relatively comfortable lead against Roma in the semi-final in 2017/18, but in the end, they would need his ability to be alive to the ball to secure a place in the final.

He’s there for the key moments and that’ll form much of his Liverpool legacy.

The Reds would fall agonisingly short in the end, but at the time of the visit to Cardiff in 2019, there was no room for mistake.

And as chance after chance went begging, Gini would pop up with a driving finish on the half-volley from another well-worked Trent corner to break the deadlock and keep his side in the hunt.

But it was the eruption of passion in front of the travelling Kop that sticks in the memory as he quite literally jumped for joy as he clutched the club crest. 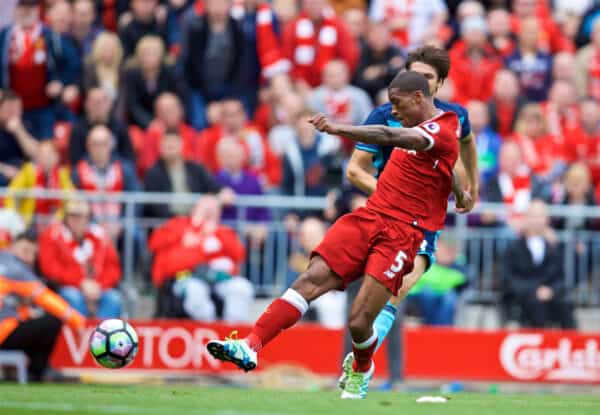 You could feel the collective breath when Gini launched the ball into the net on the cusp of half-time on the final day of 2016/17, when a win was a must against Middlesbrough.

It was a goal that broke the dam wall to send the Reds back to the Champions League and kickstart Liverpool’s passage to Kyiv and subsequently provided a springboard to success in the years the followed.

You need only remember his determined face when he was substituted on for the second half, he meant business and he more than delivered.

In two spell-binding minutes, Wijnaldum flipped the game on its head and all but singlehandedly broke Barcelona’s spirit.

The scenes he evoked will forever be etched into Liverpool history and the stories will live long beyond those who witnessed it live, big-time goals for a big-time player.