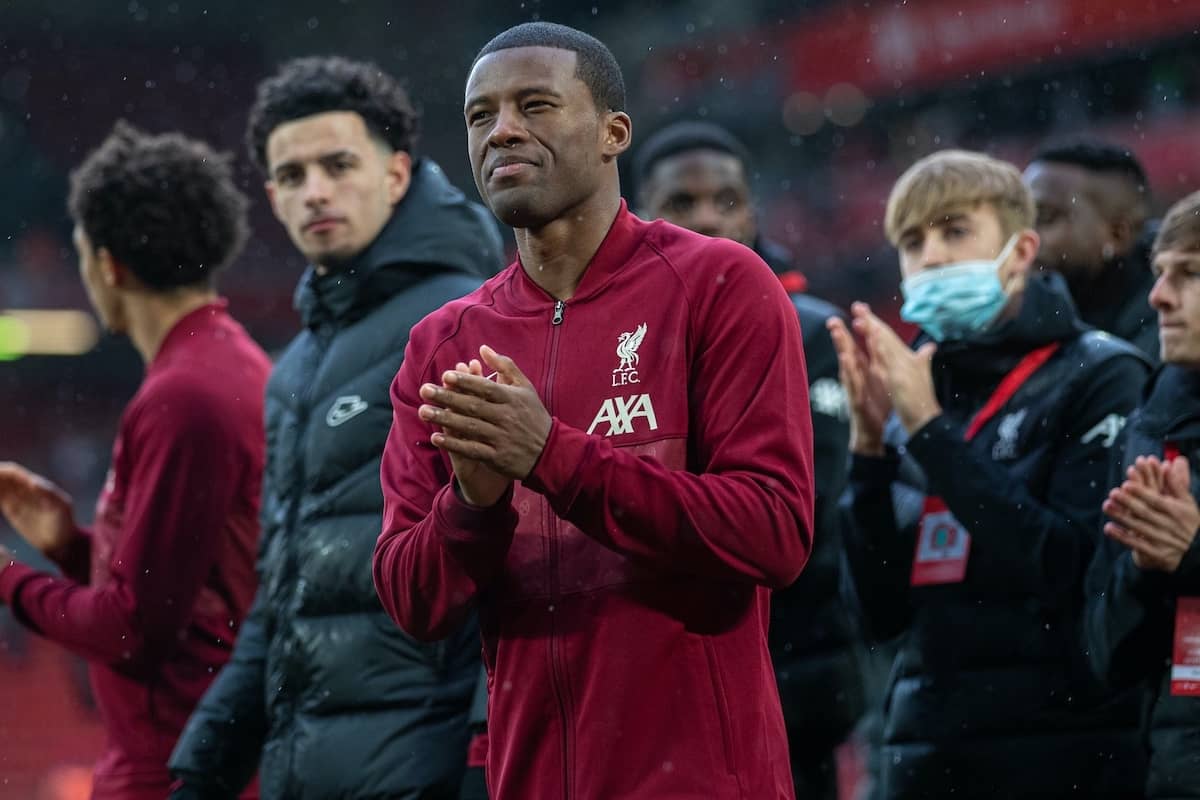 Gini Wijnaldum has now confirmed he will leave Liverpool on the expiry of his contract, with the midfielder alluding to the fact that he would prefer to stay at Anfield.

Sunday brought Wijnaldum’s 237th and final appearance for the Reds, and it came in victory as two goals from Sadio Mane earned a 2-0 win over Crystal Palace.

After the game, Wijnaldum was given a guard of honour and presented with a Champions Wall plaque, with the No. 5 applauded by his teammates and Jurgen Klopp‘s staff.

With no contract extension announced, the Dutchman has long been expected to depart the club this summer, amid links with the likes of Barcelona, Bayern Munich and Paris Saint-Germain.

But there remained hope that he could agree new terms with the Reds, having proved himself an influential figure throughout a successful period under Klopp.

However, in his post-match interview with Sky Sports, Wijnaldum has now confirmed he is leaving Liverpool.

“I’m fighting against tears right now. The people in Liverpool have shown me love during the five years. I will miss them, you know?” he said.

“I hope to have played many more years for the club but unfortunately things went different. I have to start a new adventure.

“I knew I went to a big club. I remember that I was sitting in the living room and the manager said when I come to Liverpool we would win prizes.

“I am happy it went that well. It would have been really painful to leave the club without any.”

It certainly seems as though Wijnaldum’s preference would be to stay with Liverpool, which suggests the club either decided not to offer a new deal or, more likely, they were unable to meet his demands.

However, the midfielder was keen to stress that he has yet to agree a move elsewhere, despite persistent claims earlier in the season that had signed with Barcelona.

“I didn’t sign somewhere else. Everyone knows in football everything can happen,” he continued.

“The situation is right now that on July 1 I am not a Liverpool player.

“We will see what I will do in the next couple of weeks. I will rest a little bit then go to the national team. I will have to look at my story and how everything went.

“The fans deserve to know the story behind it.”

Wijnaldum’s parting message is an interesting one, but either way, it is a shame to see him bow out of Anfield considering he still has a lot to give as a top-level player.