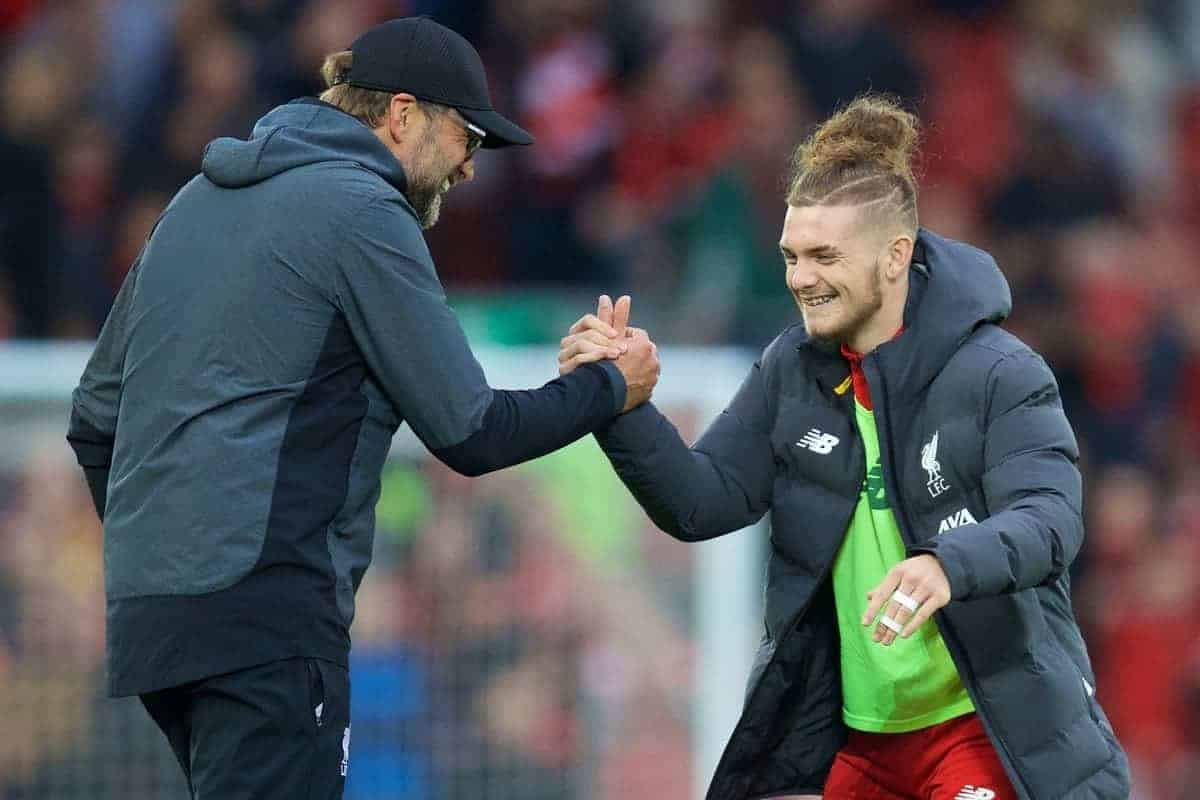 Harvey Elliott has revealed how words from Jurgen Klopp convinced him to join Blackburn on loan, as he feels he will return as part of Liverpool’s first-team squad.

Elliott’s time at Ewood Park has come to an end, having been nominated for the EFL Young Player of the Year after scoring seven goals and assisting 11 in 42 appearances.

The 18-year-old is currently on holiday, following the end of the Championship season, but has already shared footage of him training in the gym while wearing his Liverpool kit.

Clearly eager to return to Anfield next season, Elliott is hoping to be part of Klopp’s squad, after the manager told him joining Rovers would “set his future up.”

“He said: ‘Look, just go out and show everyone who you are. Go and get these minutes. All of us will support you 100 percent’,” the young forward told 90min.

“He said ‘just go and play your way. Go and express yourself’. It made me feel a lot better.

“Not that I was worried or scared to go out on loan, but it was just sort of the thought of what was going to happen when I came back to Liverpool.

“He said: ‘This will set your future up. Come back, work extra hard and show me that you’re ready’.”

Elliott believes he has done just that, with his numbers putting him up there with the Championship’s standout players this season.

Only Norwich‘s Emi Buendia (16) and Reading’s Michael Olise (12) – who eventually won the EFL Young Player of the Year award – laid on more goals than the teenager (11) in the normal campaign.

Of players under the age of 23, only Olise and Brentford winger Bryan Mbeumo (both 19) directly contributed to more goals than Elliott (18), while no teenager scored and assisted more in Europe’s top 10 leagues.

If the Liverpool youngster hopes to emulate Phil Foden (13), Mason Greenwood (nine) and Bukayo Saka (nine) in doing it in the Premier League, however, he will need to take another step up.

“My main goal is to get into the team,” Elliott continued, saying he feels “more than ready” to do so.

“Then either to sustain my spot in the team or, if I’m on the bench, then to be the ‘go-to’ person that they look at to come on and change the game.

“I just want to have an effect on the team, create and score goals and work hard.”