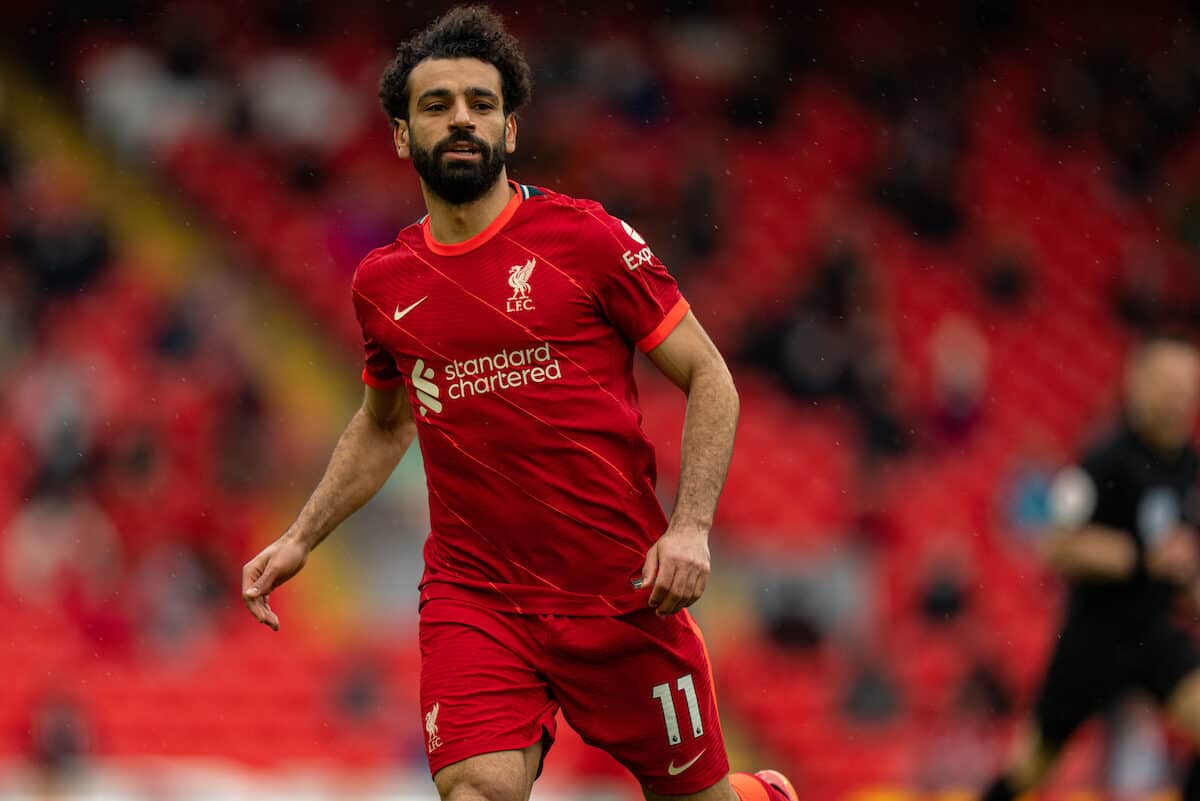 Three months ago, Mohamed Salah vowed that Liverpool would “not allow this season to be defined” by their poor run of form, and the Egyptian delivered on his promise.

Not long ago, it looked hugely unlikely that the Reds would finish in the Premier League‘s top four.

Their nadir came with a 1-0 defeat to Fulham in March which left them seventh in the table, which was their eighth loss in a run of 14 games that brought only three victories.

Some of it was out of Liverpool’s control, with a glut of injuries to key names leaving players fielded out of position and youngsters relied upon heavily, but it was on others to take the responsibility.

One of those was Salah, who in February – on the back of a 3-1 loss to Leicester – vowed that the Reds would “not allow this season to be defined by the recent results we’ve had”:

It’s been a tough period for many reasons. We are champions and we will fight like champions, until the very end. We will not allow this season to be defined by the recent results we’ve had. That is my promise to all of you. pic.twitter.com/gqITQfp1ua

The No. 11 promised he and his team-mates would “fight like champions until the very end,” having already effectively relinquished their Premier League title to Man City.

And Sunday’s 2-0 win over Crystal Palace, which clinched a third-placed finish against the odds, served as the perfect opportunity to look back on Salah’s promise.

Though the Reds did go on to lose three of their next four games following the loss at the King Power, they then embarked on a 10-game unbeaten run that included eight wins.

Five of those came in the final five games of the season, which saw Liverpool leapfrog Chelsea and Leicester and move within five points of Man United in second.

During those 10 games, Salah scored five goals and laid on a further two assists, while his all-round performances were improved on the already top-level form he was producing at times earlier in the season.

The season-closer was a fine example, with the 28-year-old seeing his bid for the Golden Boot fade as he failed to find the back of the net, but standing out regardless as he allowed Sadio Mane to shine.

After the game, Salah reflected on the campaign and the fact they “never stopped believing”:

We went through a lot this season. The empty stadiums, coupled with the great hurdles we faced, would have shattered any other team. Not us. We came third. And never stopped believing. pic.twitter.com/GFfstt07X9

Salah’s commitment to the club has been questioned on a number of occasions in 2020/21, but these have been answered emphatically as he stepped up when the Reds needed him.

Hopefully, talks begin shortly over a new contract for a player who scored 31 and assisted six in 51 games this season, as Salah is truly indispensable to Liverpool.