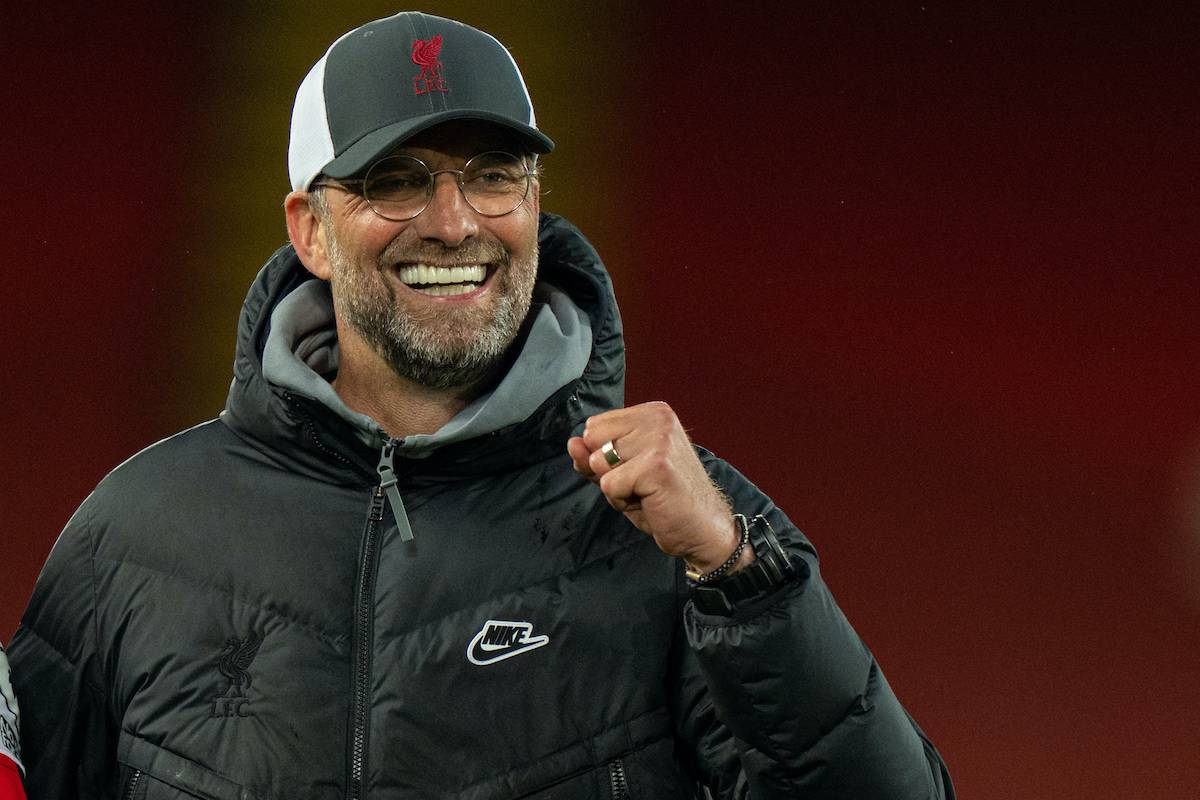 Liverpool have four games left in this season’s Premier League, and winning all four of them would guarantee a place in the top four and a return to the Champions League.

Despite it all, the Reds are into the final stretch of the campaign with a lot to play for.

Man United (tonight), West Brom (Sunday), Burnley (May 19) and Crystal Palace (May 23) are still to come, and Liverpool are seeking a top-four finish.

And with Chelsea losing 1-0 to Arsenal on Wednesday night, Jurgen Klopp‘s side are now in a commanding position – but they need to win all four of their remaining games to guarantee at least fourth.

That may be easier said than done, but Liverpool are currently the form side in the Premier League, having taken 14 points from their last six games.

Get over the hurdle of United tonight, and the Reds will look ahead to games against three sides in the bottom half of the form table – and in Burnley and Palace, two of the bottom five.

Winning all four will be enough, due to Leicester and Chelsea playing each other at Stamford Bridge on May 18.

The result of that game could decide who finishes out of the top four, with the various scenarios shown below (on the basis of Leicester and Chelsea winning all of their other games).

If Liverpool win all of their remaining games, West Ham will no longer be a consideration for the Reds – they could, however, still technically finish above Chelsea or Leicester if results go their way.

That Chelsea and Leicester are still to play each other is a major lifeline for Klopp and his players, but there is still work to do in the next 10 days.

Of course, all this will mean nothing when Bruno Fernandes scores a dubious VAR-given penalty in the 94th minute tonight…