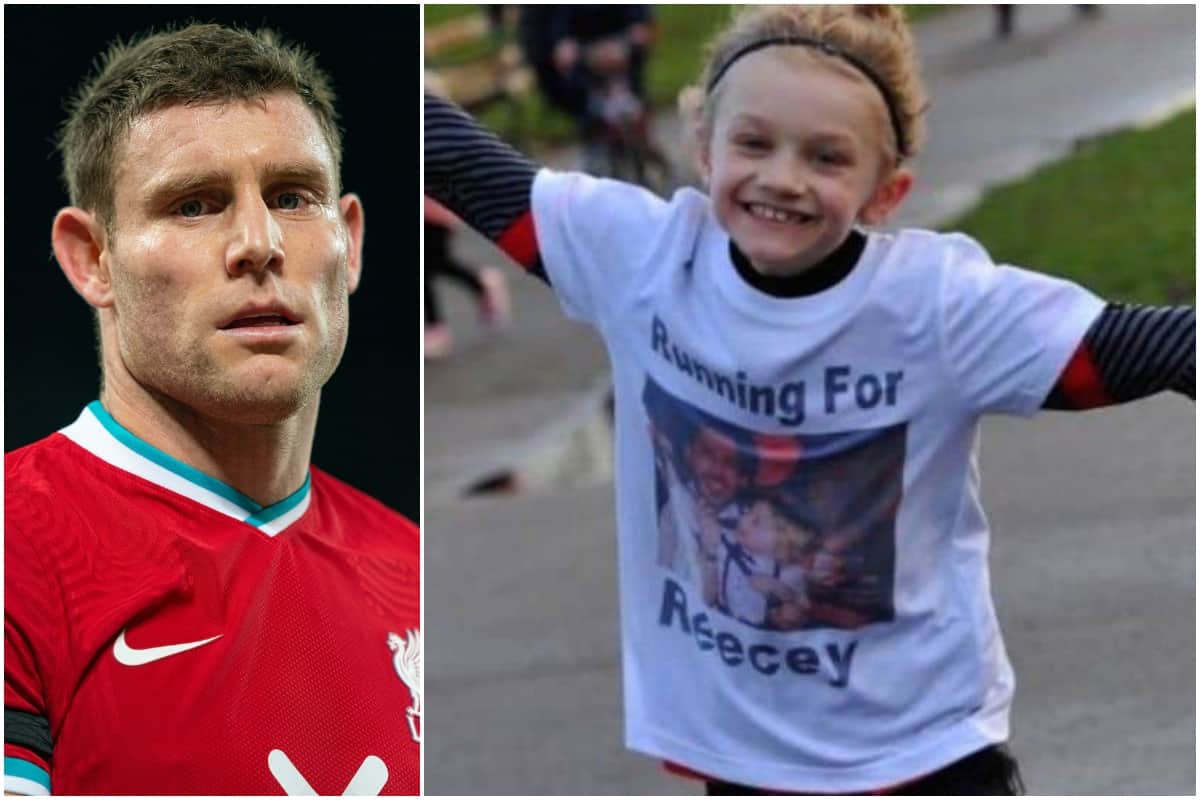 James Milner has penned a touching letter to the family of 9-year-old Liverpool fan Jordan Banks who was killed in a lightning strike last week.

Jordan’s family received an outpouring of support and tributes in memory of the nine-year-old who has been described as “selfless, cheeky, fun-loving and full of life.”

Liverpool paid tribute by wearing shirts with ‘Jordan’ and the number seven on the back in their warm-up at Old Trafford.

Jordan was coined ‘a mini Milner’ for his determination and showed exactly why after running 30 miles in 10 days in memory of his uncle, where he raised £3,000 for a mental health charity.

Milner himself sent a personalised message at the time congratulating him for his efforts.

And following his passing, Milner has written a heartfelt letter to his family sharing his condolences in what is a touch of class from the Liverpool vice-captain.

“Firstly, please accept my condolences and those of my teammates at Liverpool Football Club on the tragic loss of Jordan, a boy who I was never fortunate enough to meet but someone who I was blessed to have come into my own life,” the letter read.

Class by @JamesMilner
Still hurts to think of the loss of young Jordan. pic.twitter.com/sTUYifpTDm

“I know I can speak for all of the players and staff when I say that we have all been affected by his passing as have so many people throughout the country.

“As you know, I became aware of Jordan earlier this year when I found out about the counselling charity that he had set up, an initiative that spoke volumes not only about who he was as a person, but also about the values that his family had instilled in him.

“As players, we take a lot of interest in our supporters but Jordan’s story jumped out at me because I know how proud I would be as a dad if one of my children did something so incredible for no reason other than wanting to help others.

“The fact Jordan was known as Mini Milner will always mean a lot to me, although I can’t help thinking that I was more fortunate to be associated with him than he was to be linked with me. 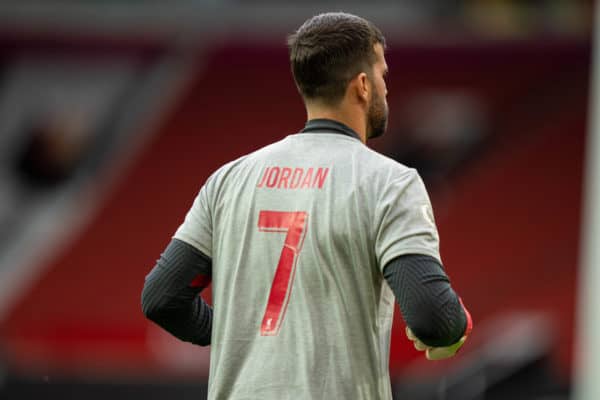 “I wish I could offer some words of comfort but I am at a loss. What you are going through is unimaginable and I just hope that you are able to take some solace from the outpouring of love that has come your way in recent days and the fact that Jordan touched so many lives in a such a positive way.

“If there is anything I can do to help, please do not hesitate to get in touch with me. In the meantime, Jordan and yourselves will be in my thought and those of everyone at Liverpool Football Club.”

Pure class from Milner and another example of the spirit that oozes throughout this team and club, truly personifying that You’ll Never Walk Alone.