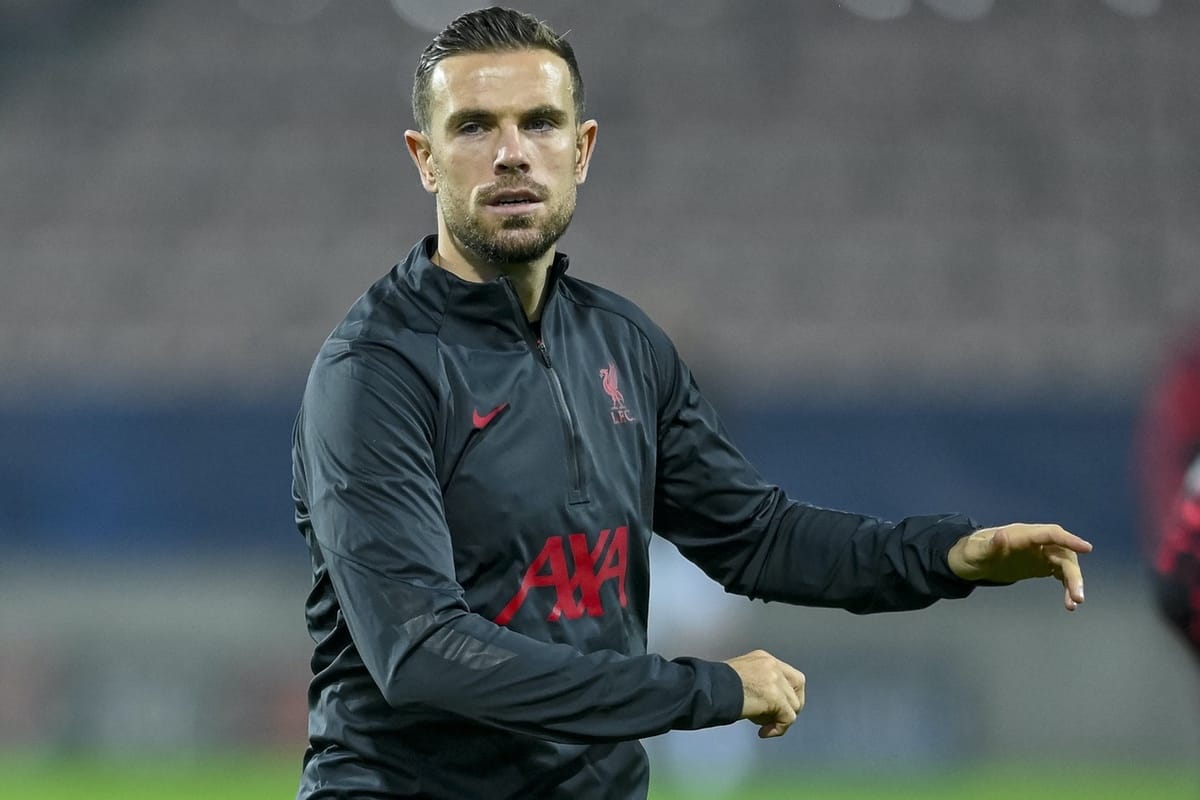 Jordan Henderson was back in full training on Friday, with his Liverpool team-mates lauding the return of their captain ahead of a likely place in England’s Euros squad.

Henderson has missed the last three months with a groin injury suffered in the Merseyside derby in February, having undergone surgery to repair the damage.

The midfielder was initially expected to return before the end of the campaign, but despite having now reported back to training at Kirkby, he will not feature against Crystal Palace on Sunday.

Instead, his focus will be on securing a spot in Gareth Southgate’s England squad at this summer’s Euros.

After the session, Henderson took to Twitter to express his delight at making a comeback, saying “it’s been a good day”:

It’s been a good day! So happy to be back with the lads ? pic.twitter.com/VQeKlPQckn

Southgate is due to give Henderson every chance of proving his fitness ahead of the tournament, which takes place across Europe, and it is likely he will be involved.

But his presence in training ahead of Liverpool’s final-day clash with Palace is a major boost regardless, with the captain able to help his squad in the buildup to a must-win game.

It was clearly a lift for Andy Robertson, who hailed Henderson on his return:

Things you love to see ? pic.twitter.com/7flkSLShtk

Meanwhile, Trent Alexander-Arnold, Gini Wijnaldum and Adrian looked ahead to Sunday’s game, with two of them perhaps involved for the last time for Liverpool:

One of our last training sessions of the season ?? Ready to bring the season to a positive end ?? #YNWA ? pic.twitter.com/VmEPlpvVcU

Jurgen Klopp appears to have no new injury issues ahead of Sunday, though Ozan Kabak, Naby Keita and Ben Davies are still set to miss out along with the long-term absentees.

Ben Woodburn remains part of the squad, having been named on the bench for three of the last four games, while Caoimhin Kelleher also trained after being left out of the squad at Burnley.

Neither Nat Phillips or Rhys Williams were pictured in training on Friday, but that is no indication the pair will miss out against Palace.