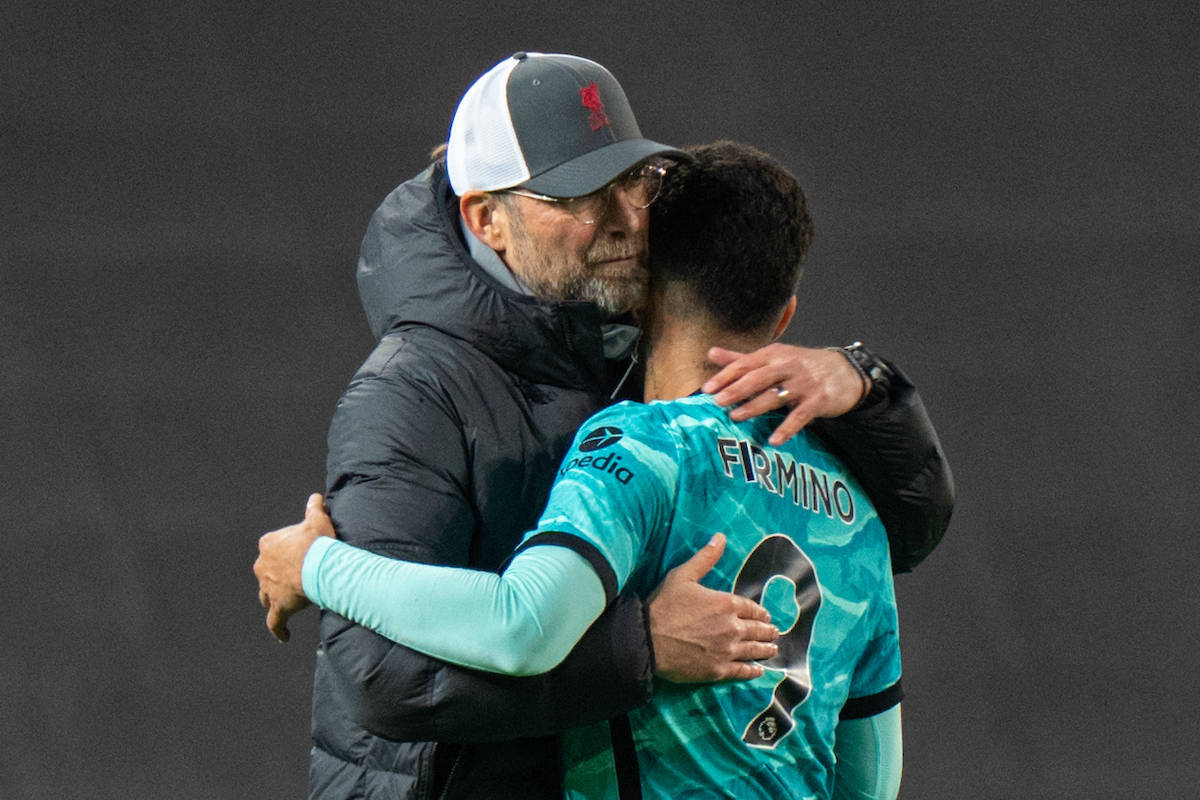 Jurgen Klopp was delighted to end his wait for an Old Trafford win just when Liverpool needed it most, with victory in the rearranged match against Manchester United giving their top-four hopes a timely boost.

The reigning Premier League champions would have seen their attempts to qualify for next season’s Champions League seriously damaged had they lost on Thursday.

Bruno Fernandes’ deflected effort had put United on course for victory 11 days after the original fixture’s postponement, only for Diogo Jota and Roberto Firmino to see Liverpool ahead going into half-time.

Firmino grabbed another before Marcus Rashford reduced the deficit, only for Mohamed Salah to wrap up a 4-2 victory as the Reds won at the old foes for the first time since 2014.

“What can I say, I like the timing,” Klopp said after his first victory at Old Trafford.

“To be honest I would say we needed it tonight the most, pretty much, so we did it.

“But I know it’s very tricky (to win here), that’s why it took so long to do it.

“We had difficult moments, but it makes a good result.”

Klopp was pleased by his side’s response to setbacks at Old Trafford, where a decision to award a penalty for an Eric Bailly challenge on Nat Phillips was overturned after Fernandes’ opener.

“I made a late decision in training – really late – and changed Sadio,” the Liverpool boss said.

“My players are used to it, I expect that. Sadio was obviously slightly angry but that’s all.”

Klopp expressed his thanks to local police for their smooth passage to the ground in the post-match press conference.

Players were not on a Liverpool-branded bus stopped in the road near the team hotel, with the team whisked in a back entrance to Old Trafford as anti-Glazer protesters blocked the main entrance.

“We were not really aware of that,” Klopp said of the blocked coach. “We got information that something happened to our bus so we had to change bus, but that was before we were in, so our ride to the stadium was completely fine. The police did an incredible job.

“We didn’t recognise any trouble, we just heard there was something. It didn’t disturb us or our preparation.” 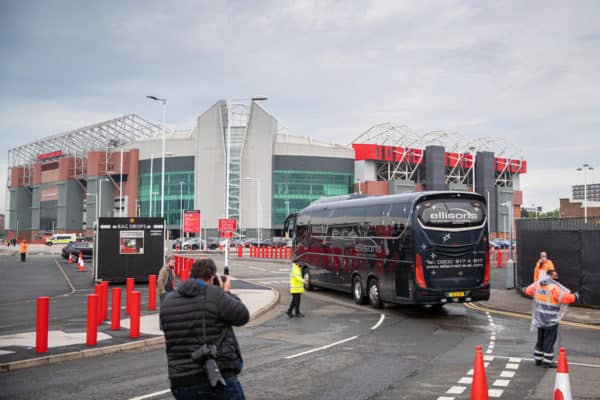 Ole Gunnar Solskjaer’s side arrived at Old Trafford early on Thursday afternoon in an attempt to avoid the latest anti-Glazer protest.

Executive boxes were turned into rest areas ahead of a match when the impact of four matches in eight days took its toll, with United losing a sixth home Premier League match of the season.

“I think the players handled the situation well,” the United boss said of the build-up.

“None of them have been complaining, they’ve just got on with it.

“We knew it was going to happen anyway, so there was no point losing energy on what you can’t control.

“Of course the preparation has been different. We’re not going to make an excuse of that.

“Everyone who has played at this level, at this intensity, knows the attention to detail is so important and that’s why we prepare in a certain way for every game.

“It probably affected them but none of the players were making an excuse of it.”