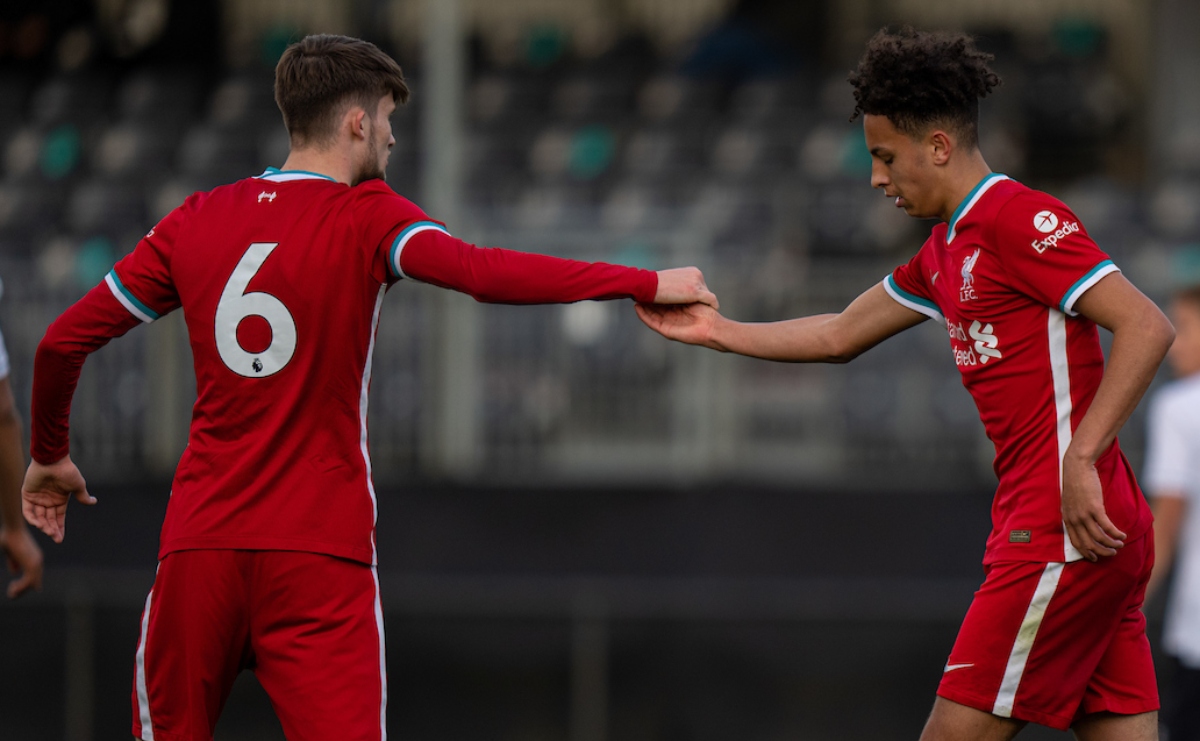 Players have a knack for scoring against their former club and that’s exactly what Kaide Gordon did as he kickstarted the scoring in the under-18s 3-0 victory over Derby.

The first league season under Marc Bridge-Wilkinson’s tutelage came to a close on Tuesday, and the U18s ended it the same way it started, with a resounding victory.

There were sweeping changes, 11 to be exact, off the back of their memorable win at Anfield where they sealed a place in the FA Youth Cup semi-final, but you wouldn’t have known it from their performance alone.

A more youthful side than the norm picked up from where they left off in a nod to what we can expect next season with a handful of 16-year-olds in the XI.

But it was Gordon, against the club he left at the end of January, who was all too quick to show the qualities which sealed his moved to Liverpool.

A curled ball from Isaac Mabaya sent Gordon on his way on the right flank, where he drove deep into the box, jinked away from a defender and glided across the six-yard before cooly finishing to make it 1-0 before the 10-minute mark. 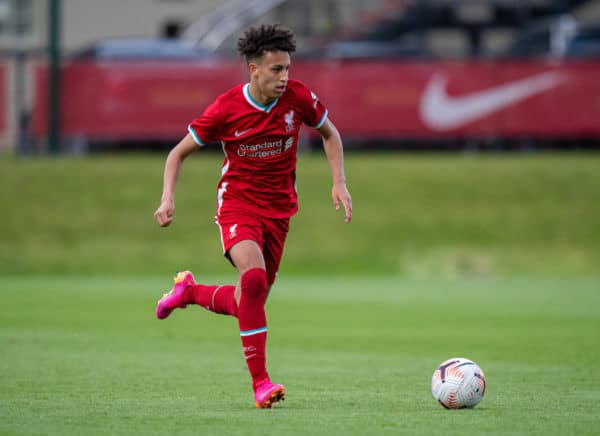 It was his sixth goal for the U18s in eight starting appearances, a bright start indeed to his time on Merseyside.

And after some brilliant defensive work, the Reds added their second on the cusp of half-time with Melkamu Frauendorf etching his name on the scoresheet after deflecting Tommy Pilling’s strike from outside of the box.

A muted celebration spoke of his good fortune, but the attacking midfielder would leave no question over his second shortly following the interval after smartly getting a toe on Gordon’s curled delivery into the box.

It arrived after a bout of sustained pressure in the final third and while Pilling, Frauendorf and Mabaya would continue to test Derby’s defence time after time, the score would not be added to. 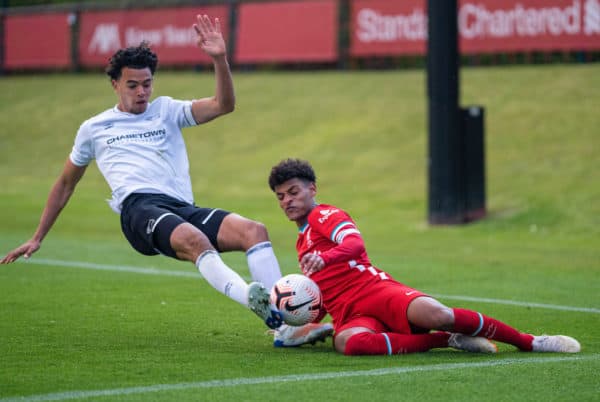 And thanks to a number of brilliant interventions from Fabian Mrozek, a clean sheet capped off the performance to see the young Reds end their league campaign in third position, behind both Manchester clubs.

But the season is not yet over as silverware remains on the cards with an FA Youth Cup semi-final against Ipswich to prepare for.