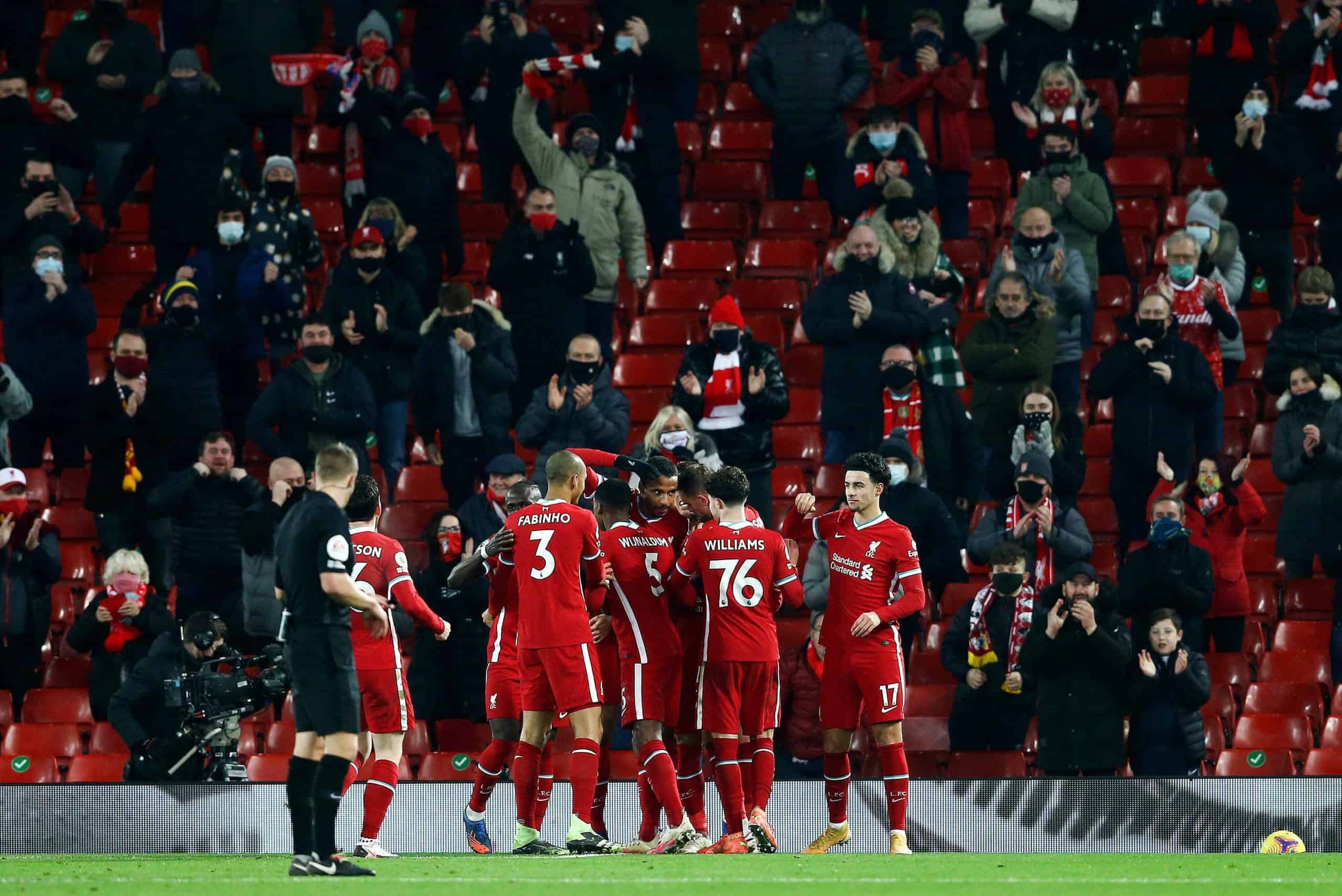 Anfield will welcome back fans in their thousands and bear witness to the much-missed sounds that reverberate around all four stands on the final day against Crystal Palace.

With the UK restrictions set to ease once more on May 17, subject to government approval, the Premier League is to host fans for the final two fixtures of the season up to 10,000.

For Liverpool, that means fans will be in the stands for their trip to Burnley in the penultimate round and at Anfield for the final day – but no away fans will be present for either.

The Premier League confirmed on Wednesday that only home supporters will be granted access to close out the season due to a number of logistical and safety challenges.

And while Turf Moor is set to host up to 6,000 fans due to the size of their ground, Liverpool is to welcome back 10,000 and have already outlined the ticket process.

Supporters, located within the UK, will need to enter a ballot before May 10, with only season ticket holders and official members with 19 credits from 2018/19 – and who did not attend a game in December – eligible to do so.

The Premier League has yet to announce if any further mitigations will be in place for those who attend, but Liverpool have stated that a health declaration questionnaire will need to be completed 24 hours prior to kick-off and that a test for COVID-19 is ‘encouraged’.

Safety for all those who attend remains a priority amid an ever-changing climate, but the return of fans is a welcome step towards normality at a time when fan power has dominated headlines.

The clash against Crystal Palace will be the fourth game at Anfield this season with fans in attendance, with the first three welcoming 2,000 back in December.