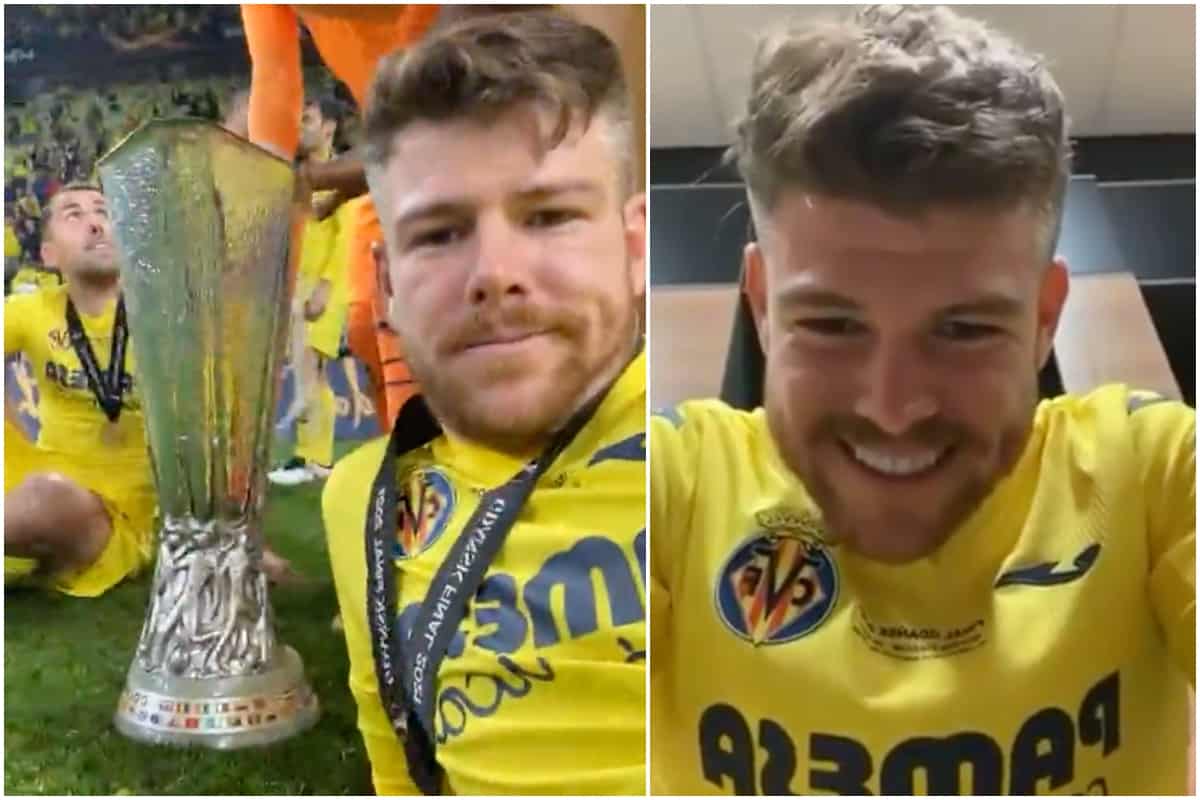 Alberto Moreno was in a celebratory mood as his side downed Man United in the Europa League final, with his social media posts a vessel for a message to Liverpool fans.

The former Reds left-back was a second-half substitute for Villarreal on Wednesday night and he scored a penalty in the dramatic shootout that ended when David de Gea’s effort was saved.

It came after regular and extra-time ended 1-1, and the result was one that saw the Spanish side clinch their first major honour, with the celebrations living up to just that.

It is the second time Moreno has won the competition, the first with Sevilla, and it came five years after Liverpool’s defeat in the showpiece and two years after the Champions League triumph.

But the victory over Man United saw Moreno readily take to Instagram post-match, where he had a celebratory message or two for those of the Liverpool persuasion.

“For all the fans of Liverpool, vamos! Man United, get out. Get out, Man United!” he joyously exclaimed.

His passion for Villarreal was undisputed, as was his ties with Liverpool and the importance of plotting Man United‘s downfall – to which fans were delighted with as once a Red, always a Red:

I absolutely love it when former players show much they really care about LFC and 'get' the rivalry with United.

This video may possibly have turned Moreno from hapless defender to Liverpool legend… https://t.co/ILik1sdi6l

Great to see Albi Moreno bounce about with another European trophy

Allowing Alberto Moreno to leave Liverpool so he could go to Villarreal and put on a masterclass coming off the bench against Man United in the UEL final.

That’s Mascherano and Moreno that have mentioned us after beating United in a European final ??? this might be one of my favourite Thursday’s of all time.

It’s the ending to the game that all Reds had wanted and it was a fitting finale to the campaign for Moreno, as he only returned to the pitch in April after an ACL injury at the start of 2020/21.