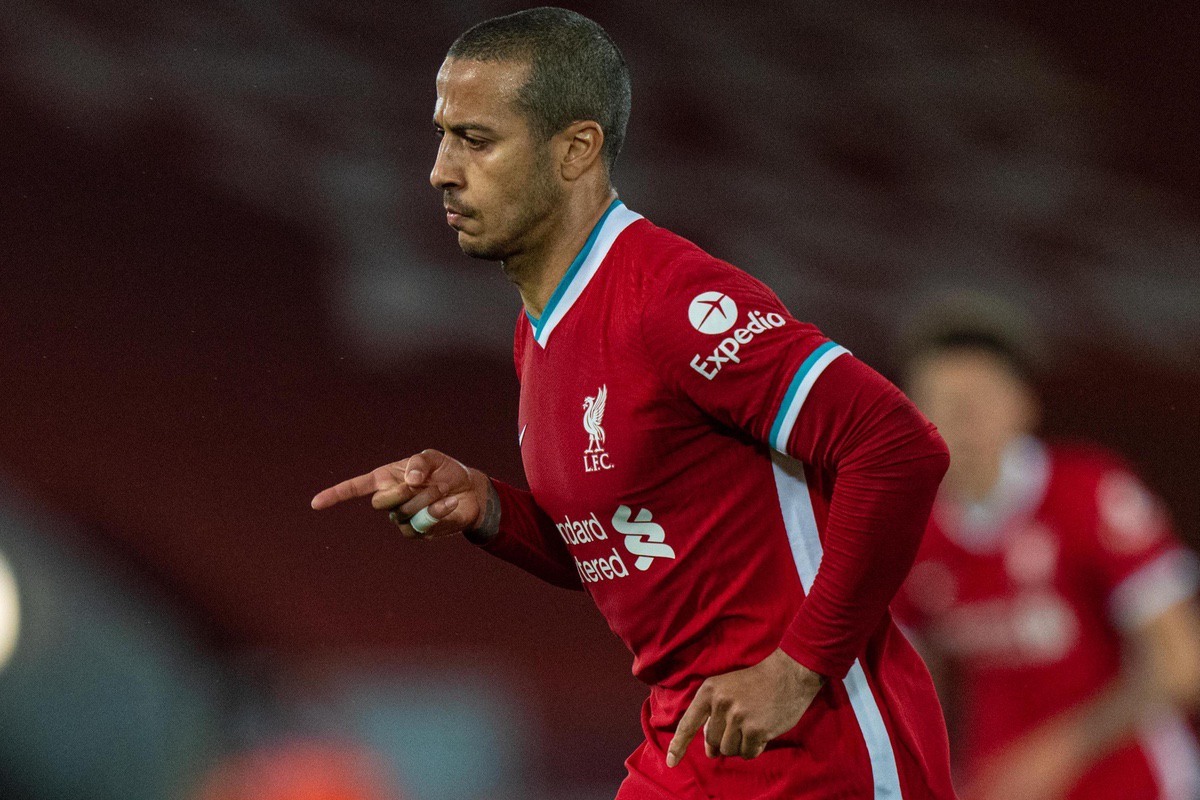 Alisson and Thiago were singled out for praise after stamping their authority on a much-needed 2-0 win for Liverpool, with top-four hopes boosted against Southampton.

The Reds’ return to Premier League after a fortnight off looked to be heading towards a familiar ending, unable to capitalise on Sadio Mane‘s first-half header.

But Thiago stepped up with his first goal for the club to clinch a vital victory, and after Leicester and Tottenham both lost earlier in the weekend, hopes remain of a top-four finish.

That dominated discussion on social after the Reds’ 2-0 win at Anfield, along with praise for Alisson and Thiago.

Alisson was praised for a record-breaking display…

Best in the Premier League at what he does.

“Alisson made a mistake, but his saves were what kept us in the game, MOTM for me.”

Alisson and Phillips the standouts there. Can’t see us getting top four but at least they’ve kept the pressure on a bit. Up the pretty shit but still hanging on in there Reds.

Alisson made 6 saves tonight – the most he's ever made in a Premier League game.

The last Liverpool goalkeeper to make as many in a league match while also keeping a clean sheet was Pepe Reina v Wigan in March 2013 (also 6). #LFC #LIVSOU

Alisson has saved our ass for the last 3-4 games

Thiago finds the corner with a great finish. He'll be a fan-favourite at LFC once supporters can get in to see him. #LIVSOU

“Chuffed for Thiago. Very similar goal to Trent a few weeks ago.”

Further proof Thiago should have stayed on vs Newcastle. Not only because of that class goal, but his work rate and composure too.

What a class strike too, didn't even have to look at the goal

“Nice to see Thiago break his duck with a goal of such significance!”

Worth the wait from Thiago, that. And so important to wrap up the points.

Thiago I love you

And sights have been set back on the top four…

#LFC somehow still in the hunt for top four at the end of this testing season but, without wishing to be too negative, they are surely going to have to play better than this if they are to do it. Still missing and giving up way too many chances.

“Desperately needed. For the team and the players. YNWA”

Scoring a late goal to clinch a win rather than concede one to blow three points is what Liverpool have needed to do for weeks. Much needed win in a must-win game, up the Reds #LFC #LIVSOU

All about the win today. Still think top four is too much of an ask but, still, there's some hope. Alisson's saves vital but also Phillips has grown into this game. Whatever happens in summer and who comes in, no doubt that he deserves to stay in PL.