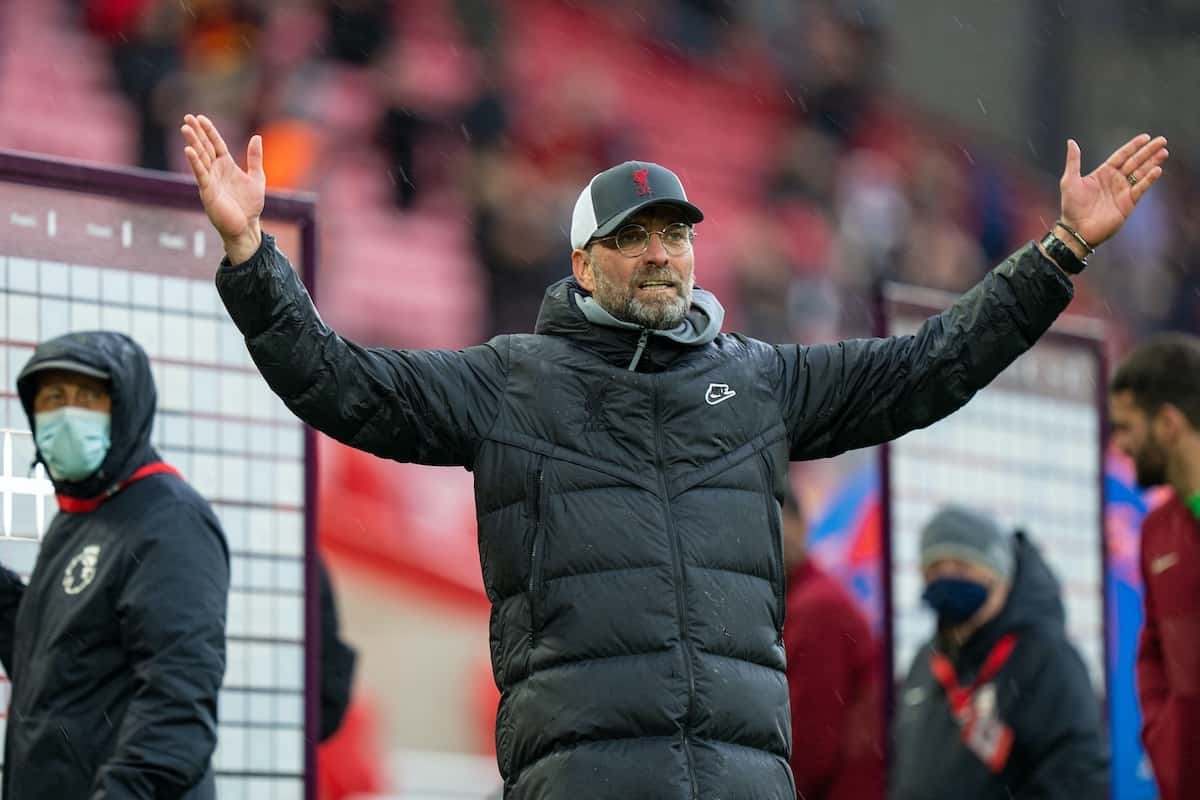 Liverpool sealed their third-highest Premier League finish under Jurgen Klopp as they finished third this season, which earned the club a sizeable fee in the process.

The Reds’ placing shifted between third and fifth on the final day, but Sadio Mane‘s two goals against Crystal Palace clinched a third-place finish by 5.54pm.

Chelsea took the remaining place in the top four behind champions Man City, Man United and Liverpool, with Leicester missing out despite having spent the majority of the campaign in the Champions League spots.

It is a major boost for Liverpool, as they look to recover from financial losses in the COVID-19 pandemic and build for a renewed challenge in the Premier League and Europe.

According to the Mail, the Reds sealed a £156.5 million payoff by finishing fourth, but with an £8.2 million rebate to be paid to broadcasters for the loss in revenue during last season’s lockdown.

That leaves their projected Premier League earnings at £148.3 million, which is added to by their entry into the Champions League again next term.

The Liverpool Echo‘s Dave Powell claims that simply booking a place in Europe’s top-tier tournament is worth £58 million to the Reds, including participation, broadcasting rights and coefficient payments.

Liverpool have, therefore, already earned £206.3 million by finishing third in the Premier League, which is a staggering rise from the estimated £160 million had they come fifth and entered the Europa League.

This could have an impact of their plans for the summer transfer window, and namely a proposed deal for RB Leipzig centre-back Ibrahima Konate.

Konate is available for around £34 million due to a release clause in his contract with the Bundesliga club, but this would technically need to be paid as a lump sum in order to trigger his exit.

The club will also be looking to boost their coffers with sales, with the likes of Divock Origi, Harry Wilson and Marko Grujic expected to be available, though whether they will be able to shift their fringe figures remains to be seen.

“Playing Champions League obviously is massive, especially from a financial point of view, for the club. It’s really important,” Klopp admitted earlier in the season.

“If we cannot make that, that’s not good, definitely not.”

Liverpool will still be mindful of their spending due to losses believed to be around £120 million due to the revenue hit during lockdown, though a £533 million investment into FSG was claimed to have wiped that.