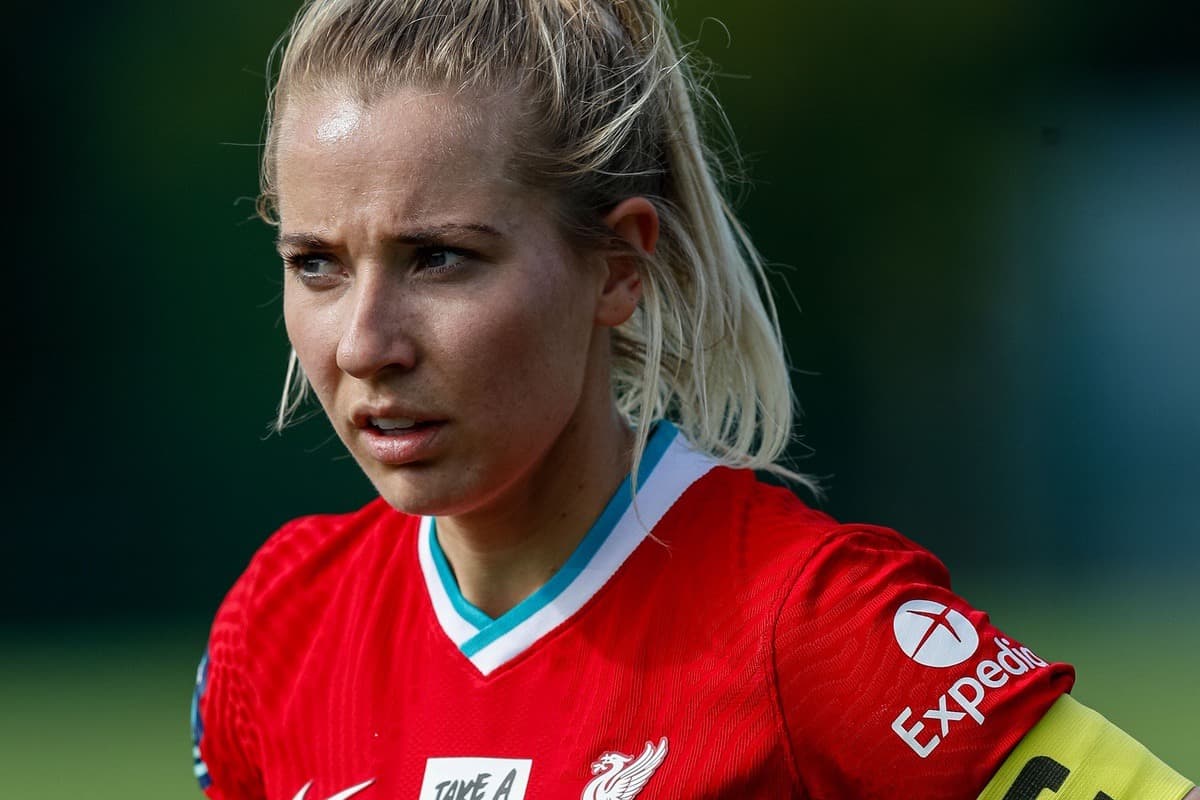 Liverpool FC Women players Kirsty Linnett and Becky Jane have both criticised the club for their treatment, alleging contract offers were retracted without informing them.

Linnett and Jane are now due to leave the Reds this summer following the expiry of their deals, after the club finishing third in the Women’s Championship.

There is likely to be another overhaul in personnel, led by the appointment of Matt Beard as new manager, as Liverpool plot a return to the top flight.

But the manner in which they have approached those due to be released has been criticised, with forward Linnett and defender Jane taking to social media to confirm their exit.

“After three years at Liverpool my time has sadly come to an end,” Linnett wrote.

My time at Liverpool has come to an end… I have seen a lot of similar experiences to what I have explained below in women’s football recently. Something needs to change, people need to be treated better, it’s not good enough. pic.twitter.com/jkzqcuf1ww

“It would have been nice if someone from the club had the decency to tell me that they were retracting the contract offer they’d previously sent to my agent.

“I feel that after three years at the club the least I deserved was a face-to-face meeting the moment they knew they wanted to let me go, instead of calling my agent, telling him and then asking him to decide whether to tell me or the club call me!

“It’s also sad that the situation was only brought to light after my agent had emailed the GM to further the negotiations.

“Football is football but where does it stop? I’ve no hard feelings with being let go, it’s part of the game.

“What upsets me is the club support campaigns for mental health yet treat their own players with such little regard and respect.

“I’m not the only one who’s felt like this either. Let’s hope clubs can do better by their players during these difficult times and act with more care for the people involved, as manners and morals cost nothing.”

Jane shared Linnett’s statement, writing that “the least we deserve is to be treated better and with respect”:

Unfortunately, similar to @kirsty_linnett the club have retracted my contract offer in a similar way. As female footballers with zero security as it is; the least we deserve is to be treated better and with respect. It takes nothing to be kind. Thank you to my teammates ?? https://t.co/yfYhKmFE0v

Linnett made 16 appearances for Liverpool this season, scoring once, while Jane featured 17 times, netting three times in her last seven outings for the club.

A club statement, shared by BBC Sport’s Emma Sanders, insisted they had followed “standard practice” when it came to informing players of their release, and that they had done so “as early as possible”:

This is not the first time outgoing players have criticised Liverpool’s women’s setup, with Courtney Sweetman-Kirk having pointed to “a slow but definite decline” in investment following her exit last summer.

In an interview with Sky Sports, she added: “Money is obviously one thing and makes the world go around but [also] in terms of how you make people feel and what your place is within the club as a whole hasn’t been fantastic.”

Midfielder Christie Murray alluded to similar as she confirmed her exit in 2020, saying she was “looking forward to…the opportunity to be in an environment that challenges me” and “to be able to enjoy what I love again.”