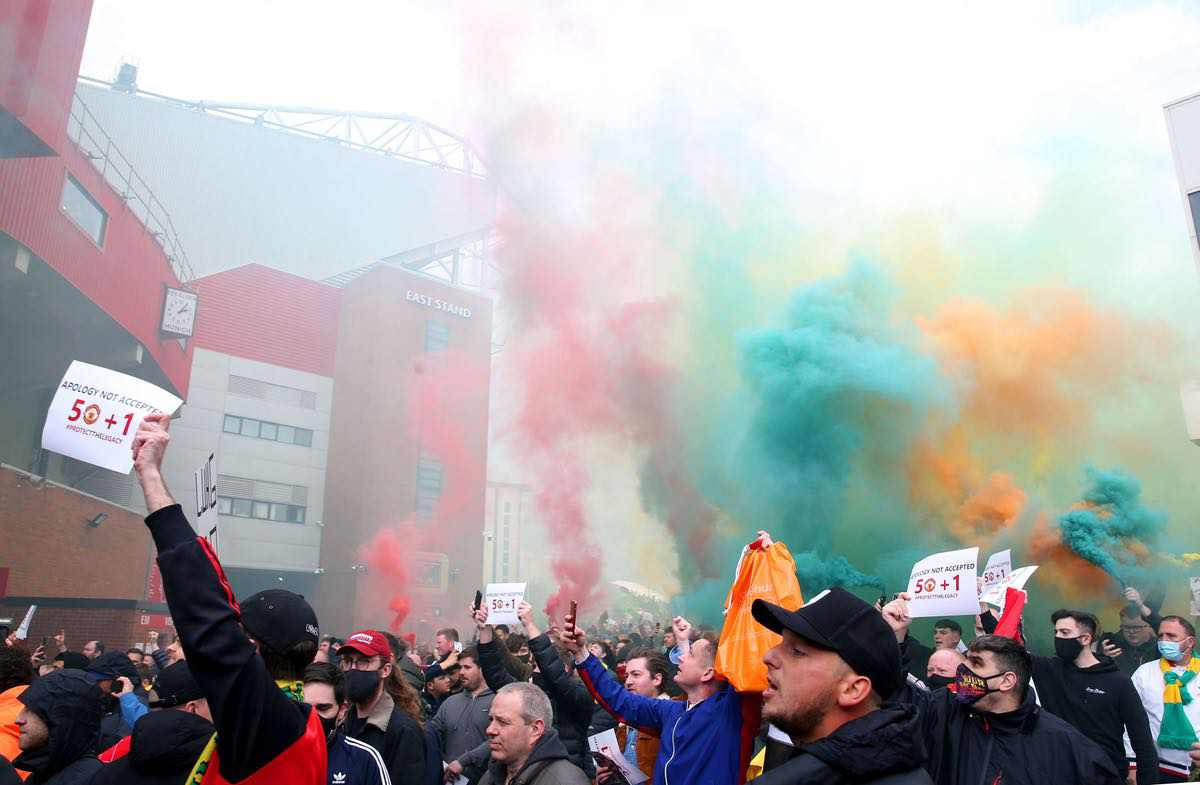 Liverpool’s clash against Man United this afternoon is to be delayed after fans invaded Old Trafford in protest of the Glazer’s ownership of United.

The Reds were scheduled to take on Ole Gunnar Solskjaer’s side at 4.30pm (BST) at Old Trafford, but a protest has ensured neither team has yet to be able to leave their hotel.

United supporters had organised a gathering to protest the club’s ownership ahead of the Premier League fixture but worked their way inside the ground and onto the pitch.

The fresh anger directed at the club hierarchy had been triggered by United’s involvement in the Super League but has been ever-present, with demands for a change of ownership continually growing.

In their numbers, United fans made their way into the stands and onto the pitch with flairs and banners and certainly made their feelings known with the Glazers’ ‘apology’ not accepted.

BREAKING: Angry Manchester United fans are staging a protest against the club's owners after getting inside their Old Trafford stadium.

In doing so, it does throw into question COVID-19 safety protocols ahead of kickoff, but the Independent state that “The Premier League said no breach of coronavirus protocols had been committed, as fans did not enter the changing rooms at Old Trafford.”

The pitch and its surrounding areas are seen as a ‘red zone’, with access strictly restricted as to protect all those attending on a matchday, but the Premier League insist it is to go ahead as planned.

But the first obstacle to overcome is getting the teams to the ground as roads and access have been blocked, and Sky Sports also report that the referee has been unable to get into the ground.

UPDATE: 3.40pm: Players have still not left team hotels and fans are back inside the stadium. Confirmation of a delayed kick-off, at the least, is expected.