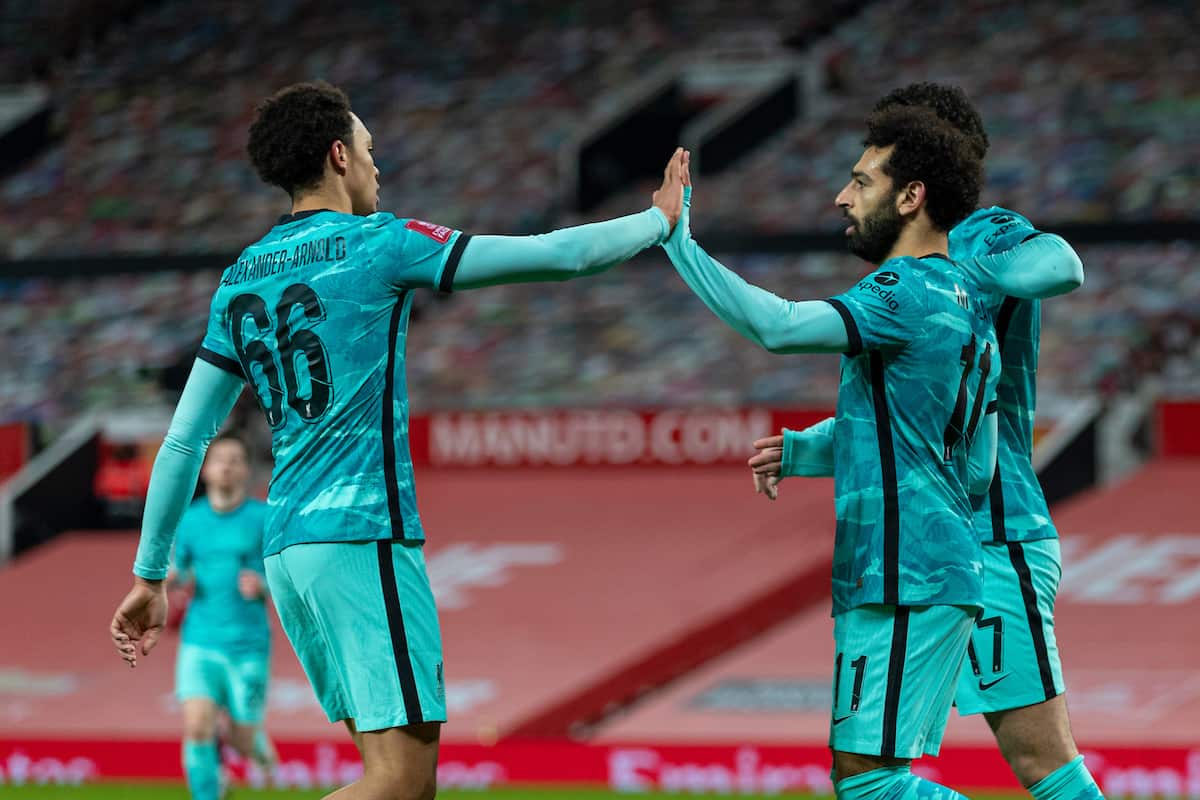 Mohamed Salah can edge closer to Liverpool’s top-10 all-time goalscorers with another goal on a day which could see Jurgen Klopp notch his first win against Man United at Old Trafford.

The only season when both league encounters failed to produce a goal was the 1919/20 campaign, but there have been three draws in the last four league meetings.

Since their last victory at Old Trafford in March 2014, they have drawn three and lost three of six league visits.

That win for Liverpool saw Steven Gerrard score two penalties (and miss another) with Luis Suarez rounding off the 3-0 scoreline. Only Jordan Henderson, who started, survives from Liverpool’s squad that day.

And the Reds scored in all but two of their last 12 league encounters at Old Trafford.

Record Goals on the Line 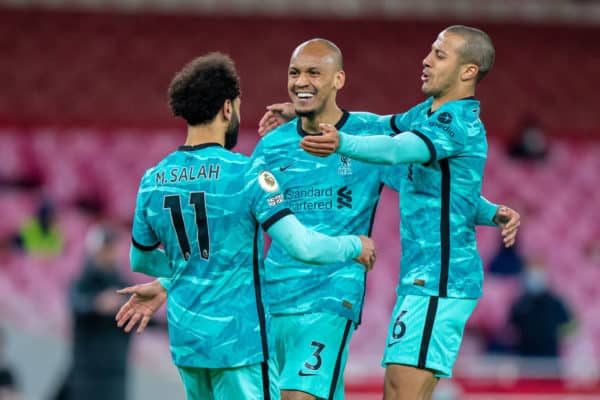 Mo Salah’s next goal will his 30th of the season and move him into outright 12th place on the club’s all-time leading goalscorers list. He currently has 123 goals in 198 games in all competitions.

They are four goals short of recording 450 in the league under Jurgen Klopp and also four away from registering 200 in away league games under him.

While Fabinho is looking to score his first away goal for Liverpool. His three goals have all come at Anfield.

Better on the Road

The Reds have kept twice as many clean sheets away from home in the league this season (six) than they have at home (three).

They have failed to score in only two of 16 away league games this season – at Newcastle and Southampton.

And only once away in the league (at Leicester in February) have they conceded more than one goal since mid-October.

Liverpool could also record a third successive league draw for the first time since October 2015, whilst not since December 1988 have they recorded three successive 1-1 draws.

Ole Gunnar Solskjaer has never beaten Liverpool in a league game as a manager – drawing three and losing two of five games.

United have never lost a Premier League game at Old Trafford when leading at half-time. In 294 games they have gone on to win 274 and draw 20.

They have failed to win seven of their 16 home league games (drawing three and losing four) but have won five of the last six.

Danger men: Edinson Cavani has scored in four of his club’s last five games in league and cup, while Mason Greenwood has netted six times in his last eight appearances in all competitions.

Michael Oliver – will take charge of a game featuring these clubs for the 4th time – Liverpool have yet to win (two draws, one defeat, all at Old Trafford). 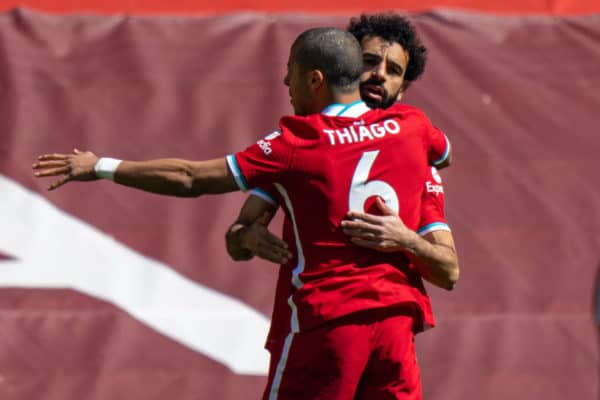