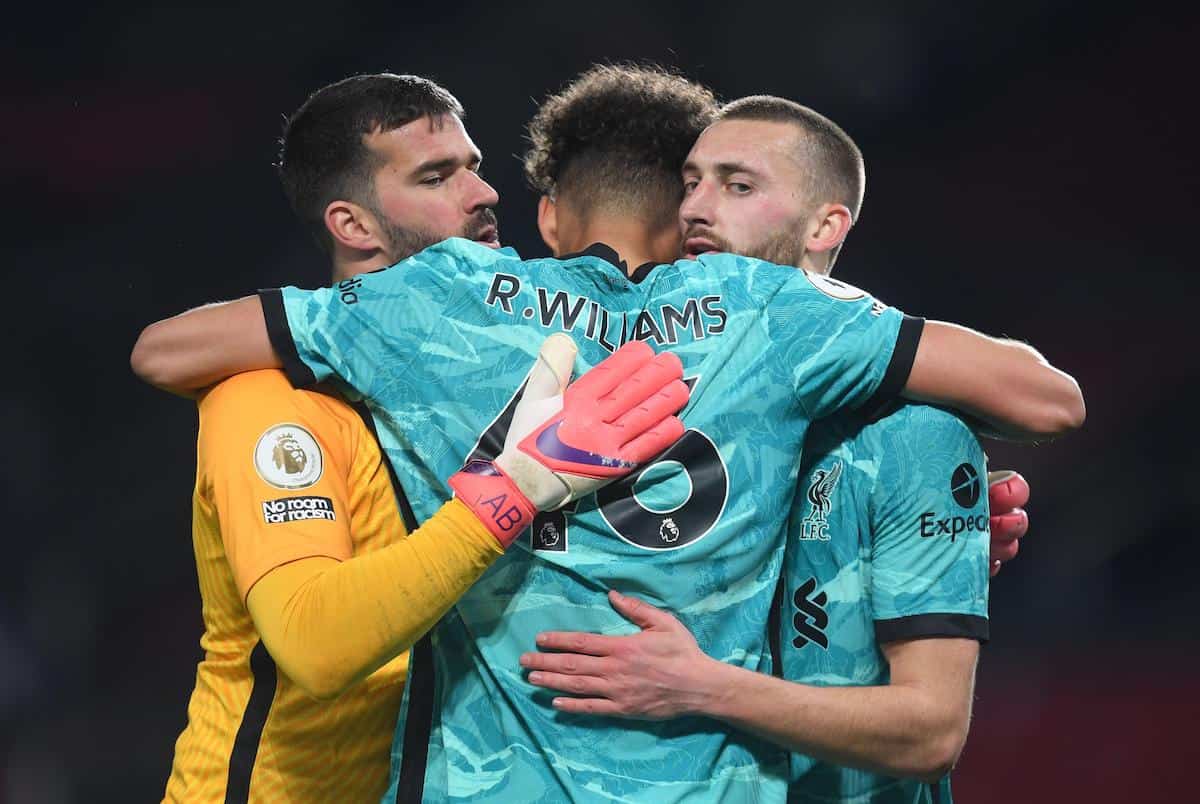 Nat Phillips gave a mature assessment of his display and Liverpool’s top-four push, after a busy night at both ends for the centre-back in the 4-2 win at Man United.

Phillips made his 15th start of the season on Thursday night as he partnered Rhys Williams at the back, in a must-win game for the Reds at Old Trafford.

It looked to be heading towards a miserable one for the 24-year-old as he deflected Bruno Fernandes’ curler into the back of his own net, but he recovered well and played a big part in Liverpool’s comeback.

He thought he had won a penalty after being brought down by Eric Bailly, only to see the decision overturned, but then teed up Diogo Jota‘s equaliser with a low effort.

Liverpool eventually won 4-2 courtesy of Roberto Firmino‘s double and Mohamed Salah‘s late counter, which was a stark contrast to difficult results against Leeds and Newcastle in the past month.

“[It is] something to build on, and learn from – we started too slow, so we can learn from that and know that we can’t do that in future games,” Phillips told Sky Sports.

“[We] obviously take confidence from it, that we managed to bring ourselves back into the game, managed the game at the end like we’ve struggled to do in a few previous games.

“But we can’t focus on tonight, we’ve got to turn our focus onto the next few games and finish the job that we’ve got ahead of us.” 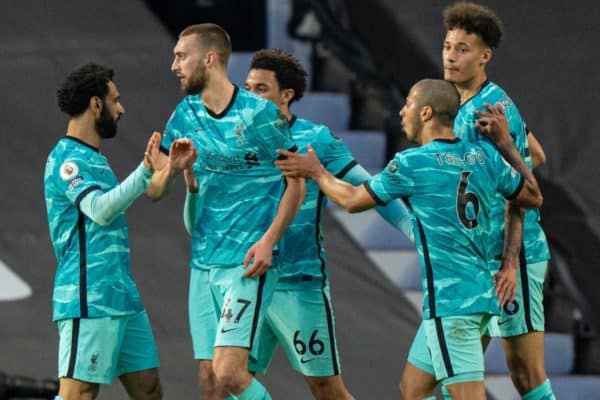 Detailing his role in the opening goal, Phillips gave a mature take on the situation, admitting that he “reacted too late.”

“I thought he was going wide at first and then I saw the ball start to curl inwards,” he recalled.

“At that point, I thought I’ve got to get this clear, but I couldn’t get my leg up in time and it’s bounced off my shin and gone in.

“It’s one of those things, you get them when you’re playing centre-back, trying to block the ball from going in the net.”

However, Phillips stressed that he “didn’t feel too worried” at the slow start as Liverpool “still had an extra gear” – which they will need to remain in as they eye three wins from their final three games.

“It takes us closer, it’s another three points and it’s no secret that our objective is – and it’s sort of necessary for us – to win all our remaining games,” he continued.

“That’s another one ticked off, but we’ve got to pick ourselves up after tonight, dust ourselves down and get ready for the next game.

“We can enjoy it tonight, but focus is straight onto the next game.”