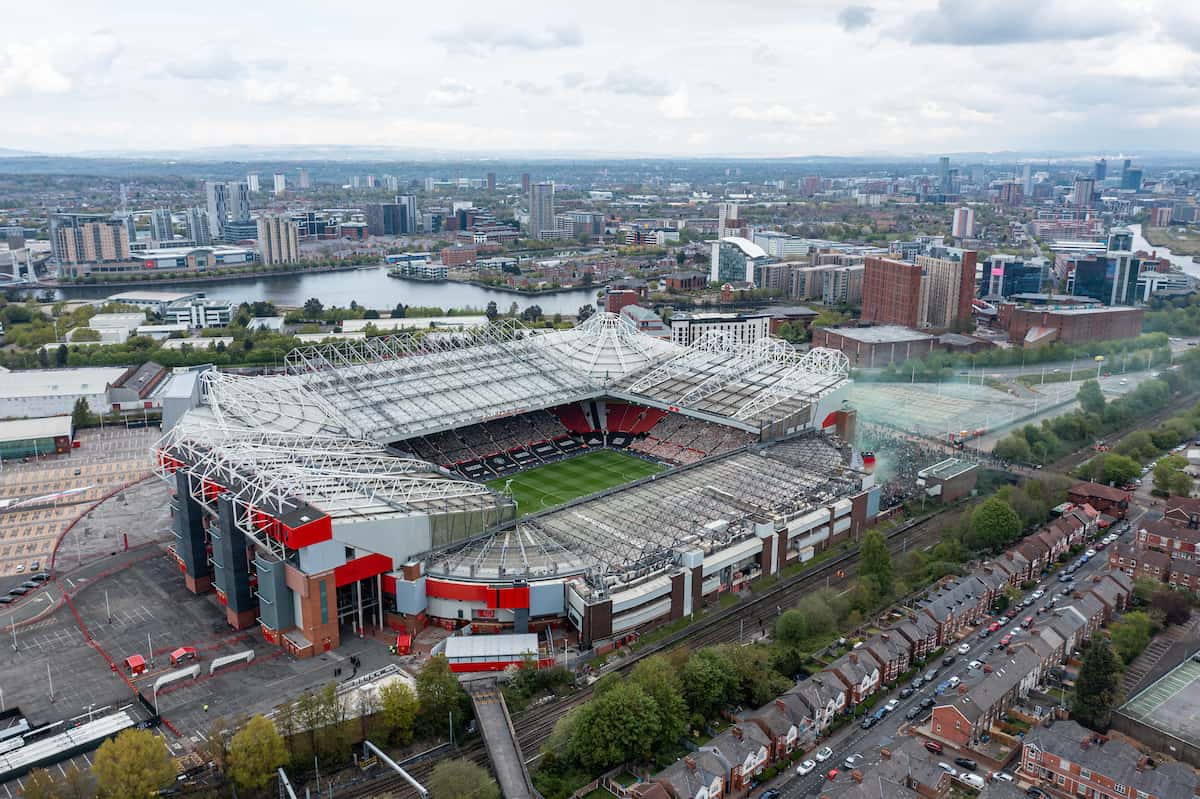 Old Trafford will be subject to heightened security measures on Thursday, as Man United fear another protest that could force postponement of their clash vs. Liverpool.

Liverpool will head to Manchester for the second time in a fortnight tonight, for a fixture rescheduled from May 2 due to protests inside and outside Old Trafford.

United supporters have planned another protest against the Glazer family for the rearranged game, with the high-profile nature of the tie causing the biggest impact to the club and its owners.

But United and Greater Manchester Police (GMP) will impose “intense security” to avoid any disruption, with a 10-foot steel fence erected around the stadium to keep protestors out.

The Times report that “GMP will flood the forecourt area with officers in front of the East Stand to try to stop fans from storming the ground for a second time.”

In addition to the fencing, there will be three layers of barriers in place to ensure the game goes ahead without incident.

However, the Telegraph report that there are now fears that protestors will instead target Manchester hotels in a bid to deny United and Liverpool travel to the stadium ahead of kickoff. 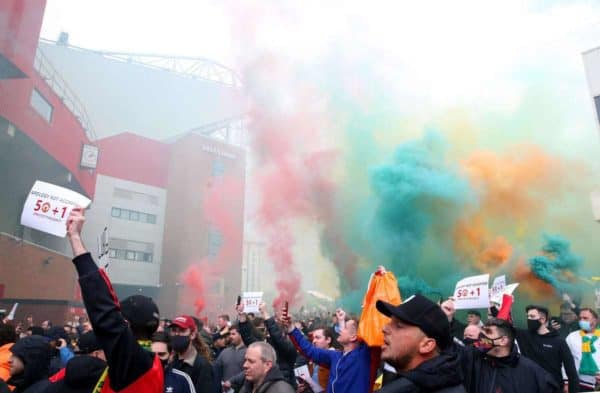 United’s team bus was blocked outside of the Lowry Hotel ahead of the initial fixture, but their new base has been kept a “closely-guarded secret,” with supporters left “calling city-centre hotels” in a bid to unveil their plans.

The Manchester club “have even discussed the prospect of parking ‘decoy’ buses at hotels in an effort to misdirect supporters who are intent on disrupting the game,” while “it is far from certain whether the team will use a hotel at all.”

Liverpool could feasibly also travel directly to the game from Liverpool, as it is only a 40-minute drive from the Reds’ training ground to Old Trafford, and minutes more if they make the journey from Anfield.

It will be a far-from-ideal situation for both clubs, but they will be eager to avoid any further disruption to the fixture list.

In his pre-match press conference on Wednesday, Jurgen Klopp described United’s congested schedule as a result of the postponement as “a crime,” criticising the Premier League in the process.

“The explanation on that from the Premier League was that no other team should suffer because of the things that happened in Manchester,” he said.

“Let me say it like this: that didn’t work out pretty well! Obviously nobody else, but a little bit West Ham, a little bit Liverpool.”

Liverpool have been given a boost to their top-four hopes following Chelsea‘s 1-0 defeat to Arsenal on Wednesday night, as four victories will now almost certainly guarantee a place in next season’s Champions League.