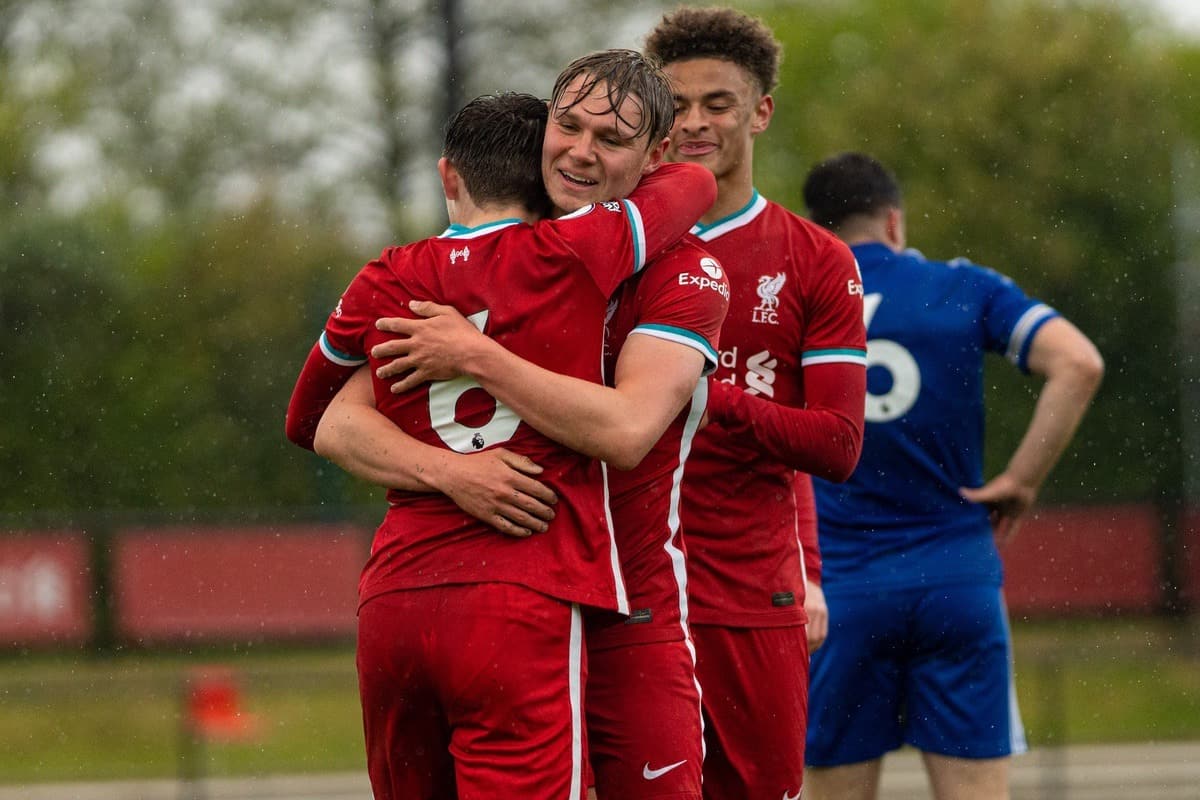 Paul Glatzel made his first start in six months as the Liverpool under-23s played their penultimate game of the season, ending with nine men in a 2-2 draw with Leicester.

It has been another difficult campaign for Glatzel, who recovered from a long-term ACL injury that curtailed his step up to the first team in 2019 only to suffer a series of setbacks.

Most concerning was the ankle ligament damage sustained in a 0-0 draw with Southampton in December, with Jurgen Klopp watching on that day at Kirkby as he was helped off the pitch at half-time.

Monday saw him return to the starting fold for the first time this year, making only his third start of the season as he replaced Joe Hardy in one of four changes to Barry Lewtas‘ side.

Glatzel lined up in an attacking unit along with Ben Woodburn, Luis Longstaff and Fidel O’Rourke, but the young Reds were rocked in the eighth minute as Morgan Boyes was questionably sent off for a last-man challenge.

It forced Lewtas to shift his system and push Glatzel further to the left wing, but it also led to the opening goal as the 20-year-old drilled a brilliant cross in for Leighton Clarkson to finish.

Liverpool were on the ascendency for much of the first half, only to be undone by great work from Leicester‘s Kasey McAteer, with his cross-shot was bundled over the line by Tom Clayton.

The scores were level for all of two minutes, though, with Glatzel pushed as he looked to head Longstaff’s cross, allowing Woodburn to step up and convert the penalty. 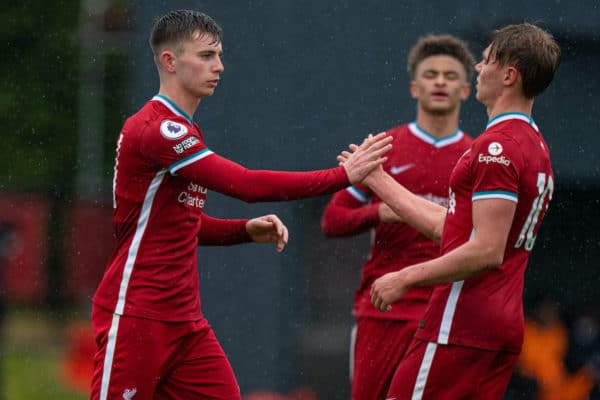 Clayton was outstanding as the leader at the back, and it was the 20-year-old’s organisation that allowed Liverpool to hold on for as long as they did, before being pegged back courtesy of a sublime McAteer finish.

Lewtas withdrew Glatzel with 22 minutes to play, but the midfielder who replaced him, Tyler Morton, saw red before full-time for two bookable offences.

It was a headline-hungry showing from referee Scott Simpson, and Lewtas made that clear after the final whistle – which saw him also sent off.

Victory could have seen the young Reds leapfrog Everton into fifth in 2, but a draw leaves it down to the final day – this time away to Leicester – with Man City already having run away with the title.