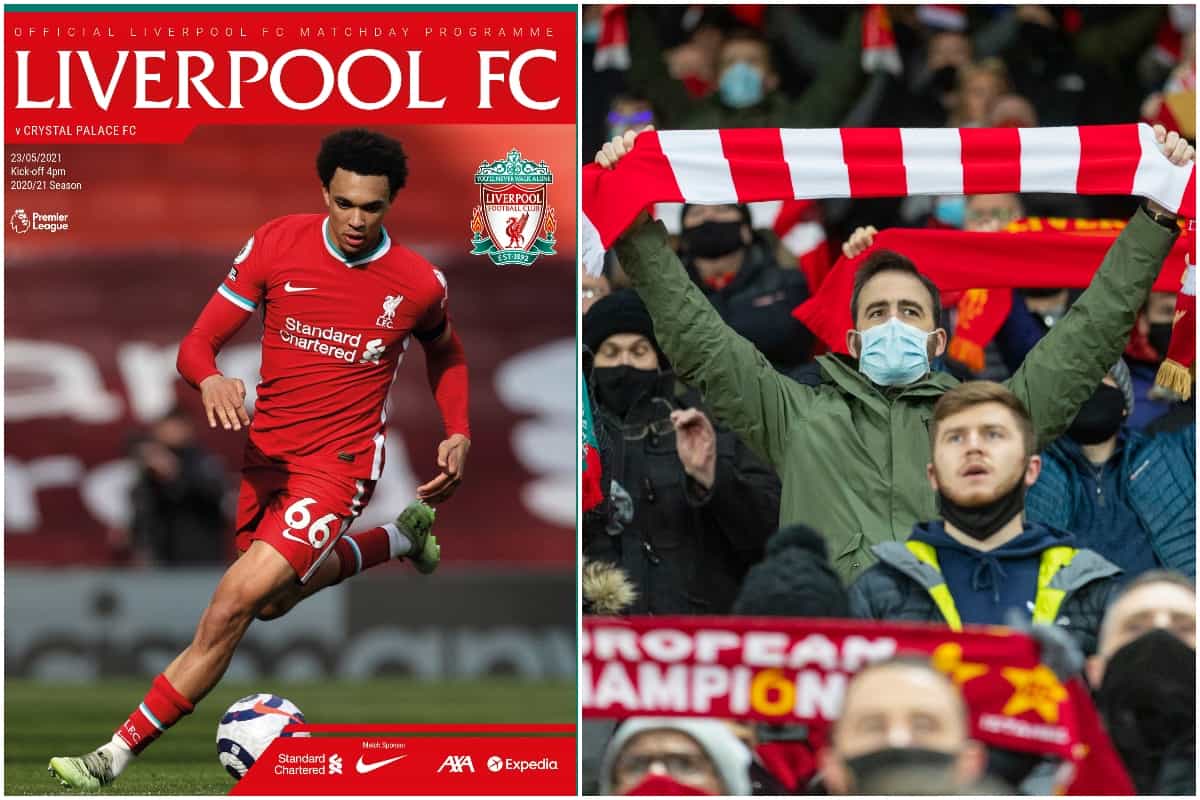 Liverpool fans will finally be back at Anfield on Sunday, with 10,000 fans to watch the final-day clash against Crystal Palace with the Reds’ top-four fate riding on it.

This weekend will see Anfield at its most full since last March, with restrictions loosened to allow almost a fifth of the capacity for the visit of Palace.

Liverpool need a victory to guarantee a place in next season’s Champions League, and Jurgen Klopp and his players will be calling on the power of the Kop to help them to all three points.

It would be the best possible finish to the worst possible season, and that was at the forefront of the discussion as the Voice of Anfield, George Sephton, ran through his pre-match playlist.

Beginning with a tribute to Liverpool’s No. 1, George has opted for ‘Alison’ by the Pixies, saying: “What a man, Alisson Becker. He probably saved our entire season in the space of a minute.”

Speaking to KopConnect Radio’s Marc Kenny, George also picked his Player of the Season and reacted to messages from Klopp and Sir Kenny Dalglish following the release of his book, ‘The Voice of Anfield’.

Marc even gets airtime of his own as he debuts his track in tribute of Alisson – and inspired by Klopp – ‘Alisson Becker (All We Need).

It will be a brilliant sight when 10,000 Reds are back in the stands on Sunday, and George’s voice will be a key part of the buildup as they prepare to roar on Klopp’s side.

Hopefully, they will be celebrating a big win over Palace, and a route back into the Champions League.