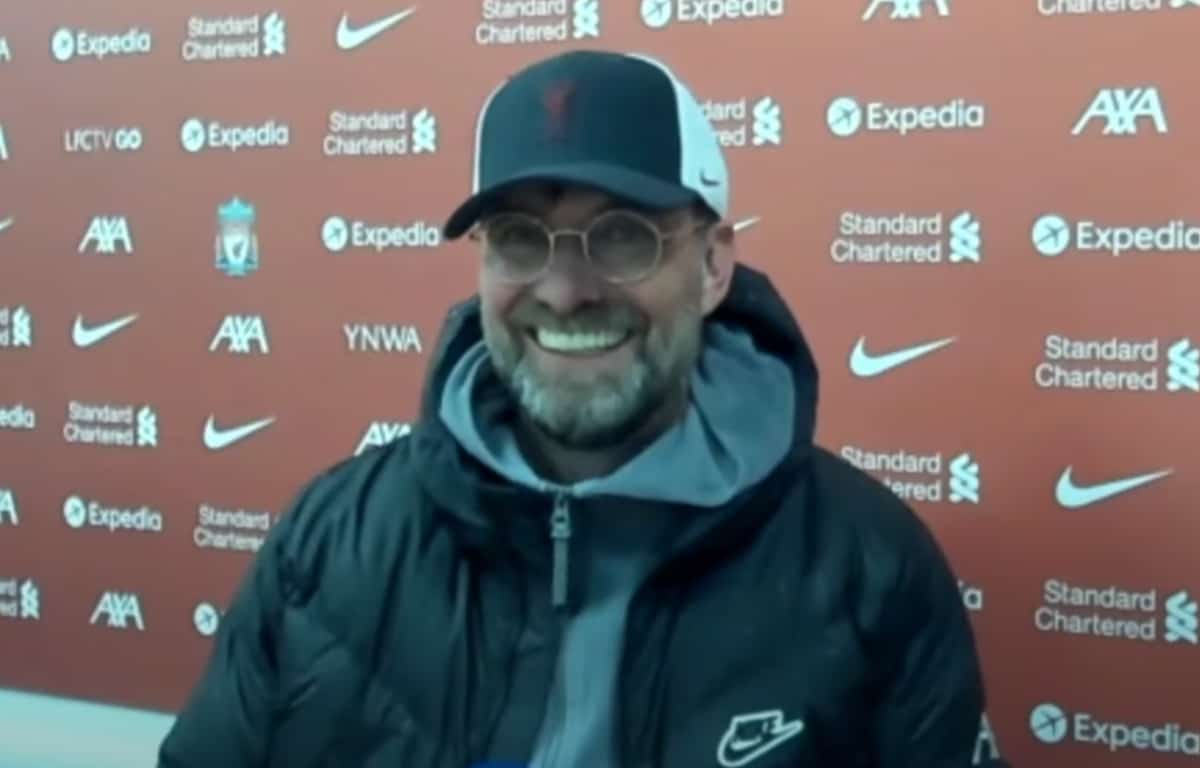 An unbeaten 10-match run, the eighth win of which was secured with a 2-0 victory over Crystal Palace thanks to a double from Sadio Mane, not only secured Champions League football but lifted the Reds above Chelsea.

Klopp’s side were seven points adrift of the top four prior to their run starting but 26 points from a possible 30 have ensured they will play in Europe’s elite club competition again.

“It’s big, come on. If someone told me five, six, eight weeks ago we can finish the season in third… it was out of reach, barely possible,” said Klopp.

“Even when good things happened this season it didn’t feel too good. Injuries followed us all season.

“Fighting through this and finishing here in third is the best lesson you could learn in life. From nowhere to the Champions League in five weeks is a massive achievement.

“It is great. It is outstanding. From outside you cannot really understand – because we are Liverpool, we have to perform, we have to fight through. We were constantly sorting problems. 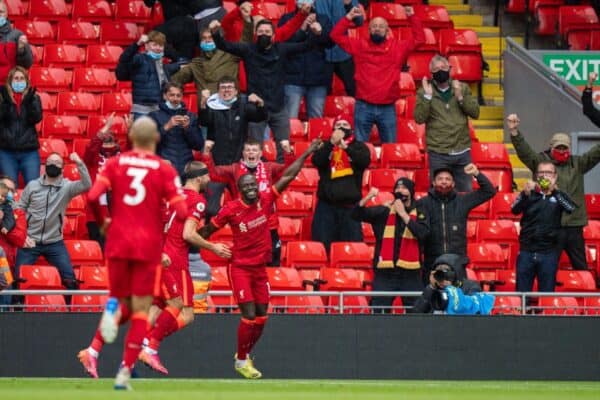 “It was so nice we could use the last five, six weeks to give this season a proper turnaround and I am so happy for the Champions League that they don’t have to play without us.

“Outstanding achievement from the boys. Man City rightly won the league this season; congratulations again but because we cannot be champions, it doesn’t mean we can’t have targets and the target was international (European) football.”

While Anfield was able to welcome back fans for the first time since December, one player who will not be returning is midfielder Georginio Wijnaldum.

The Holland international’s contract expires in a few weeks and there has been no agreement on a deal to extend his stay.

Klopp admits he will be a huge loss.

“Where can I start? I met this wonderful player in my living room at home and it clicked between us from the first minute,” he added.

“It is very emotional for me because I lose a friend and I will miss him but it is normal in football these things happen.

“Each club who is interested in him should call me because I couldn’t be more positive about what he did. He was always available and he played 90 percent of the time really good.

“From the young kid who was an offensive number 10 to a winger at Newcastle to here as a controlling midfielder is a massive step and you can only do that if you understand the game.

“He scored some important goals, the goals against Barcelona. Now it looks like the time is over but nobody can take our memories from us. We will have them forever.

“I said before goodbye would not be tough if the time you had together was not worth it.”

Someone else who is saying goodbye is departing Palace boss Roy Hodgson.

“Now I am pleased it is over, pleased we got through the game without any catastrophe or disasters,” said the one-time Liverpool boss.

“You’re in the Premier League to get visits to Old Trafford and Anfield and when I look back on it with a bit more distance I think I will be pleased it was here for the last time, albeit against a team who were much better than us on the day.”