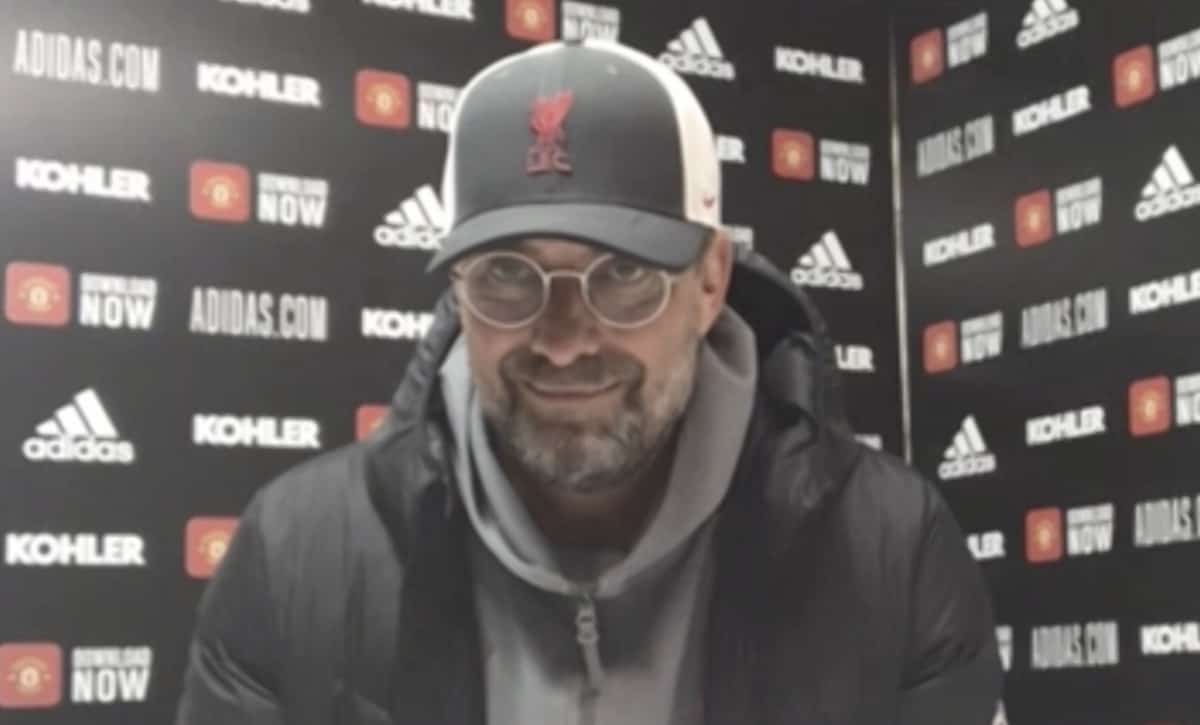 Jurgen Klopp welcomed “exactly what we needed” as Liverpool notched the first win at Man United in his tenure to the tune of 4-2 to keep their top-four hopes very much alive.

The door for top-four was left further ajar when Chelsea fell to defeat and while Liverpool have done a good job of letting opportunities slip them by, it was not the case at Old Trafford.

An early goal the way of the hosts proved a hurdle to overcome but it was one that was cleared thanks to a Roberto Firmino brace and goals from Diogo Jota and Mohamed Salah.

The result now means Liverpool need to win their remaining three games to secure Champions League football next season, and post-match Klopp was over the moon.

“All games are different, both teams played a good game, we were better tonight so we won the game, we caused them more problems,” he told reporters.

“We didn’t react to the overload on their wings quick enough, that’s how we conceded. But [when we fixed that] then we got in the game and created chances. We played good football.

“All the goals were good, [but] the second goal was absolutely great. These games cannot always be decided early, especially tonight, and we had to fight until the end but who cares? We got it.”

“The only thing we can do to get to the Champions League is to win all of our games. If we win all four games it will be, so that was not the case before.

“It’s why the two draws against Leeds and Newcastle where we conceded late felt so much like a defeat.

Liverpool now have less than 72 hours until they are to kickoff at West Brom, a game they will need to win to ensure top four remains in their hands.