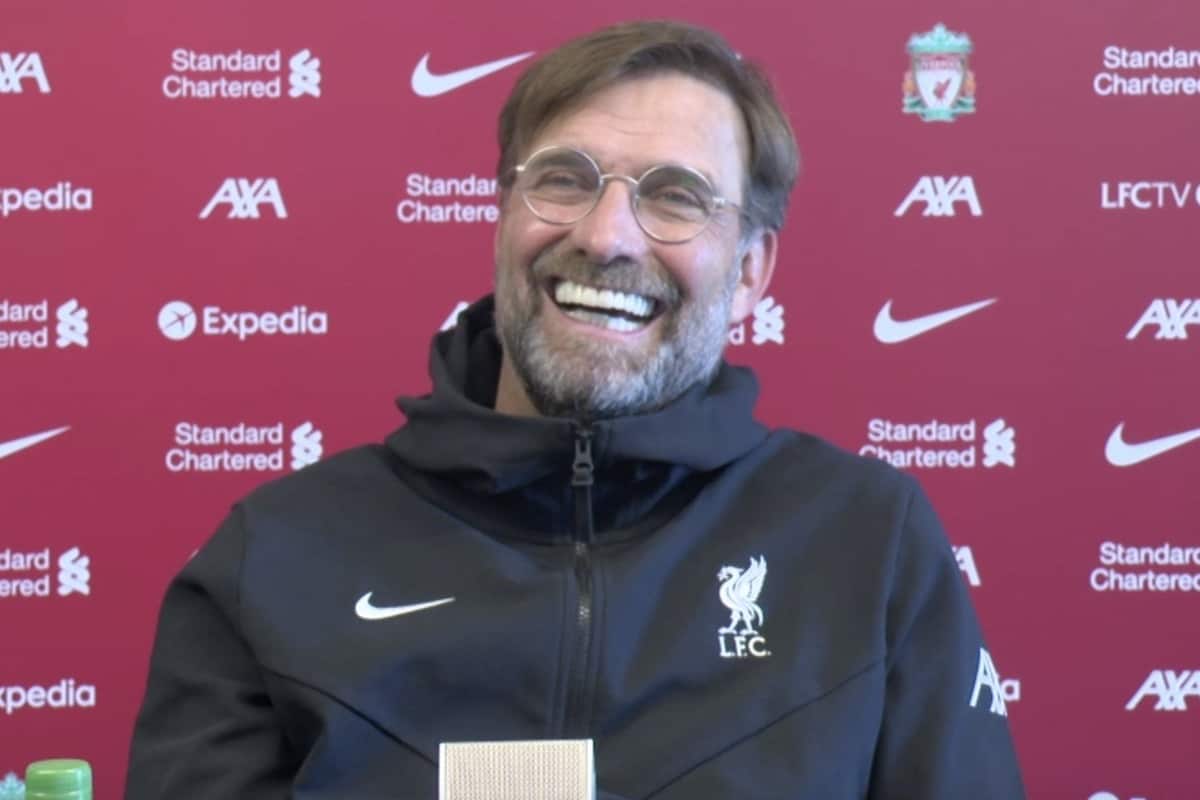 Jurgen Klopp has reiterated that a top-four finish would be “absolutely massive” but Liverpool can only afford to focus on the trip to Burnley alone.

The Reds will bounce into Turf Moor off the back of the moment of the season courtesy of Alisson and his pinpoint header, a goal that means top-four remains in Liverpool’s hands.

But the next hurdle to clear comes in the form of a Burnley side who will be boosted by the return of 3,500 fans as they look to end a 10-game run without a victory on home soil.

“In that moment nobody thought about the next two games, we were only celebrating the moment,” Klopp told reporters.

“That was, obviously, a high for us but it doesn’t make our job easier at Turf Moor but it changes the mindset a little bit. It kept us in the race and that is the most important thing.

“In the dressing room I’ve never watched a goal more often directly after than this one, but since then it’s all fine.

“We know exactly nothing really happened apart from we are in still in the race. But we are not even close to thinking we are halfway through because we know how high the hurdles are in front of us.”

And on the achievement of top four should it come to fruition, he added, “It would be absolutely massive, much better than we would have thought a few weeks ago that we could come so close.

“We only have to focus on this one game. It means a lot and you could see that in the celebrations at West Brom.”

The manager also confirmed Alex Oxlade-Chamberlain is back in contention and James Milner is in the mix, while Diogo Jota has a “tiny, tiny” chance of featuring against Crystal Palace.