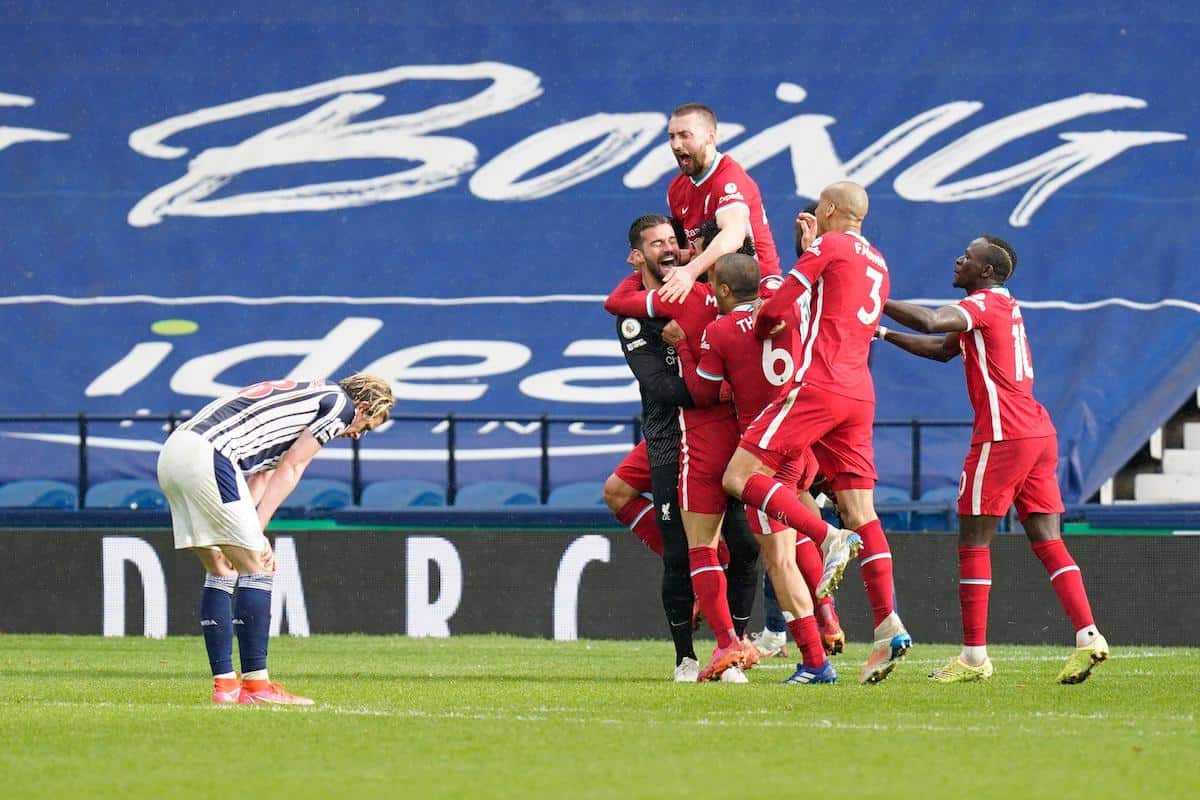 Liverpool’s hopes of finishing in the top four this season are still intact after goalkeeper Alisson scored a superb 95th-minute winner.

Two changes – one enforced after Diogo Jota was ruled out for the remaining three games of the season with a foot injury – saw Sadio Mane and Curtis Jones into the side.

Up front for the already-relegated home side was Hal Robson-Kanu, his first Premier League start since 2017 – and it was he who opened the scoring in the 15th minute with a well-taken finish across Alisson.

After Mane’s unwanted reaction to being dropped for the win over Man United, the No.10 had the Reds’ first good opportunity when Thiago played him in but he shot wide.

The goal kicked Liverpool into life and a superb ball from Alexander-Arnold put Salah in but the shot was difficult for the Egyptian.

Salah got the equaliser soon after when he expertly finished with a one-touch finish after good pressing from Mane, curled into the far corner off the post. Superb skill and execution for his 31st goal in all competitions this season. 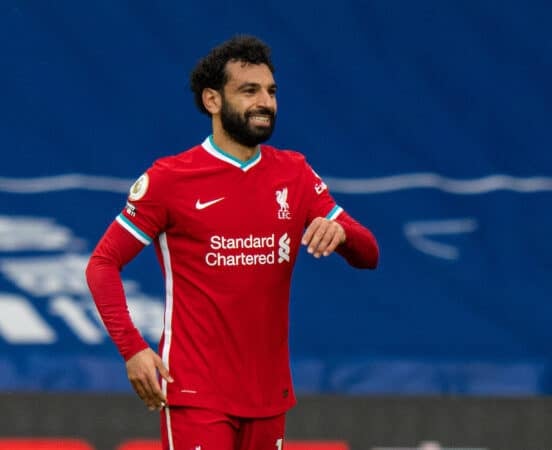 Within a minute it was almost two, with Roberto Firmino striking the upright, a chance he should probably have scored.

A mistake from Nat Phillips put Robson-Kanu in again but Alexander-Arnold did well to cover.

Liverpool were controlling the game, with Thiago pulling strings in the middle, but it was level at the break.

Salah should have notched his 22nd league goal shortly after the interval when a counter-attack off a corner saw Alexander-Arnold play him in, but his shot was at Sam Johnstone.

Salah and Alexander-Arnold were without any doubt the ones driving Liverpool forward.

But defensively Liverpool still looked uneasy and were thankful to a VAR decision going in their favour when Kyle Bartley poked in Semi Ajayi’s header off a corner.

It was Ajayi’s equalising goal in the reverse fixture at Anfield on Boxing Day that started Liverpool’s rut this season.

Alexander-Arnold blazed a left-foot shot over, Thiago flashed a shot wide, Gini Wijnaldum put one over, but the winner could not be found.

With 10 players out injured, options were very slim from the bench.

And so with the draw looking to have ended Liverpool’s top-four hopes, Alisson came up for a corner in the 95th minute and headed in superbly for a most dramatic of endings.

Liverpool face Burnley (Wednesday) and Crystal Palace (next Sunday) and two wins would guarantee them Champions League qualification for next season.