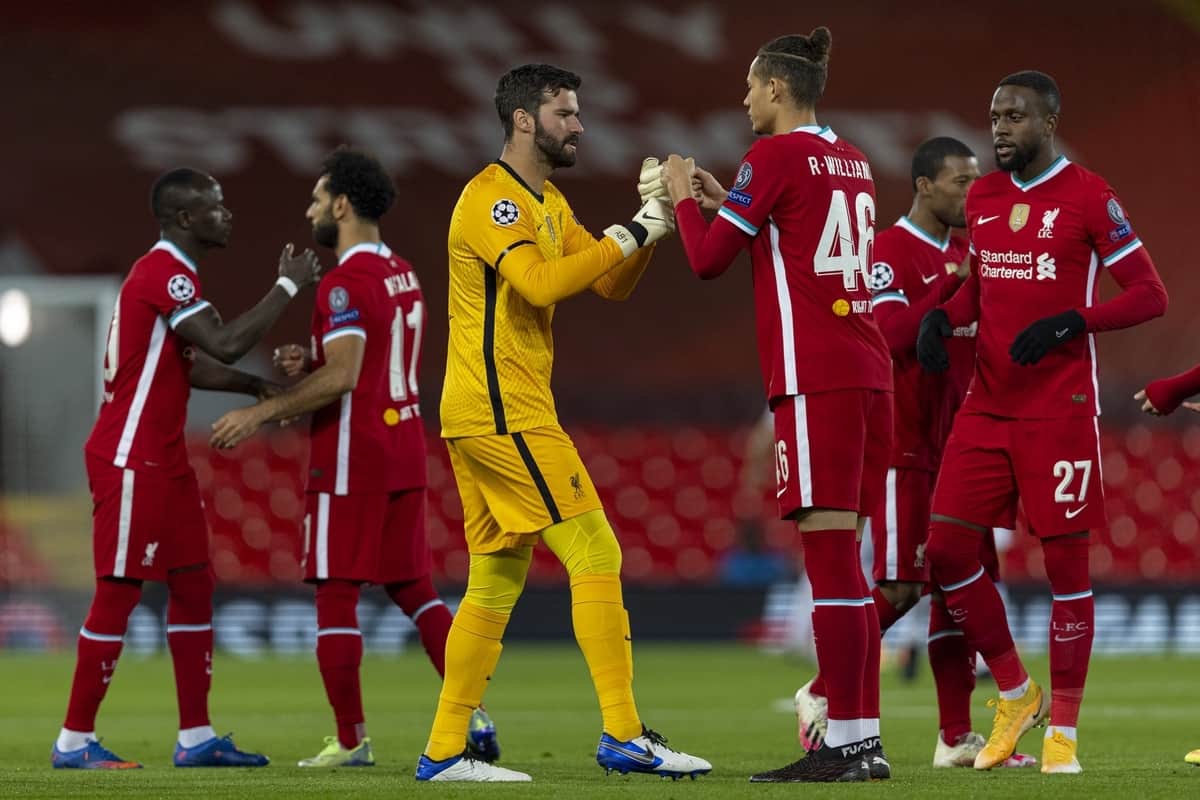 Liverpool will be the Pot 2 for next season’s Champions League draw, with 25 clubs already qualified for Europe’s top-tier tournament following the end of the campaign.

The Reds sensationally booked a place in the Champions League by overtaking Leicester and Chelsea in the final weeks of the campaign, finishing third.

It is an excellent achievement given their woes throughout, and now Jurgen Klopp and his players can look forward to another season among the continent’s best sides.

Securing Champions League football could have big ramifications on the summer ahead in terms of recruitment and player retention, with the club able to use their participation as incentive.

Klopp’s squad, and his potential new signings, can already look ahead to possible matchups as seedings are confirmed for the tournament in 2021/22.

Liverpool will be in Pot 2, alongside Real Madrid, Barcelona, Juventus, PSG and Sevilla, with Chelsea and Man United joining them unless they win this season’s Champions League and Europa League respectively.

The current pots for next season’s Champions League are as follows:

For some clubs, their eventual seeding is yet to be determined, and depends on the results of the Champions League and Europa League finals.

If Chelsea beat Man City in the Champions League final, their place in Pot 2 will be taken by Dortmund, while Porto will also join the seeding if both Chelsea and Man United win.

United will play Villarreal in the Europa League final, with the Spanish side only qualifying for the Champions League if they win – if not, they will enter the new UEFA Conference League.

The eventuality of City winning the Champions League will see Zenit St Petersburg take the final slot in Pot 1, with Chelsea instead dropping to Pot 2 – if not the Russian champions will be in Pot 3.

Bestikas, Dynamo Kyiv and Club Brugge could be in either Pot 3 or 4, depending on coefficients and the results of the qualifying rounds.

As it stands, therefore, Liverpool could face a Champions League ‘Group of Death’ of Bayern Munich, Ajax and AC Milan, with Sporting CP, Atalanta and Wolfsburg the ‘easiest’ group on paper so far.

The Reds will relish whichever challenge in put in front of them, though, having fought for their place in the Champions League for this exact reason.